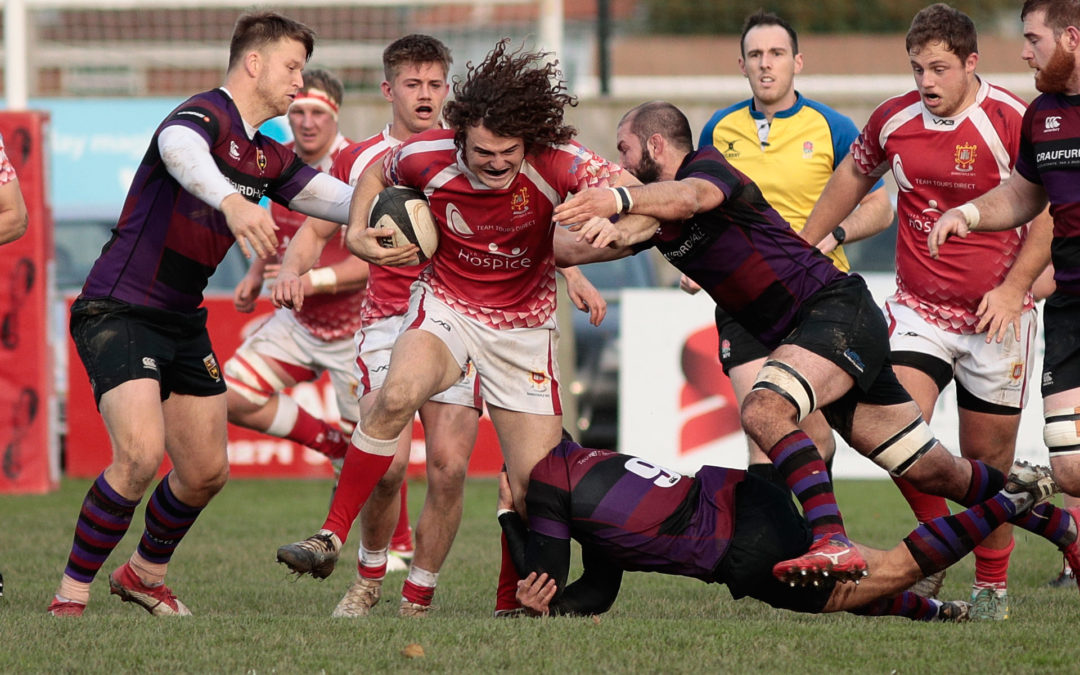 Evening everyone and yes the day stayed dry, in fact the sun even shone for the first half, and we had ourselves a thunderous game of rugby, not a classic by any means by a good game nonetheless, especially by the Chiefs in the second half. When I mean thunderous those forwards of Maidenhead were big to say the least especially the no’8 who was a mountain of a fella, but more on him later, as it was the Chiefs knew they were in for a battle. 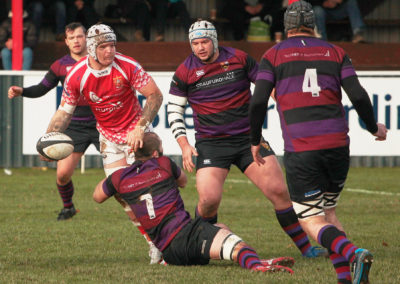 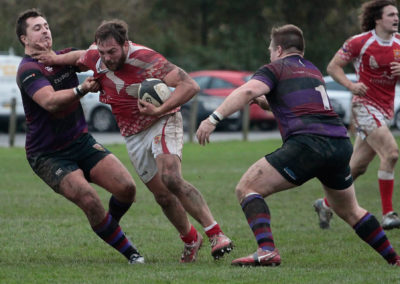 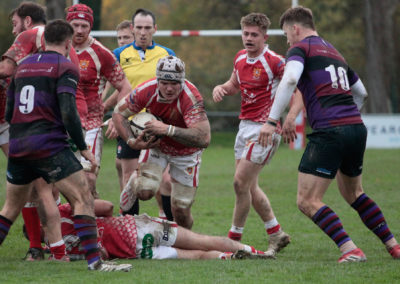 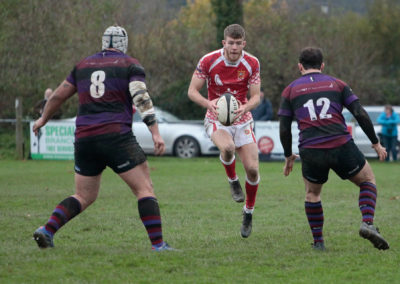 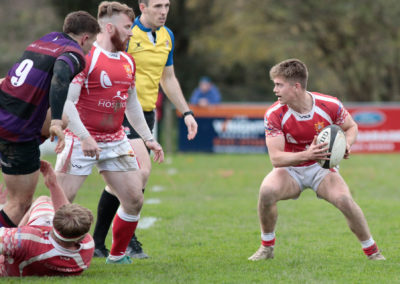 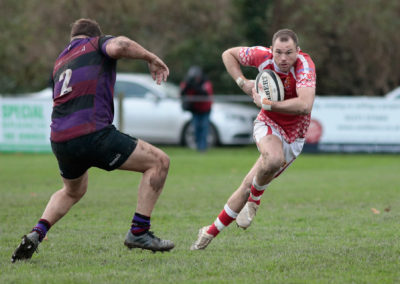 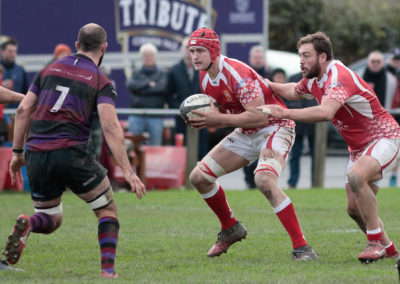 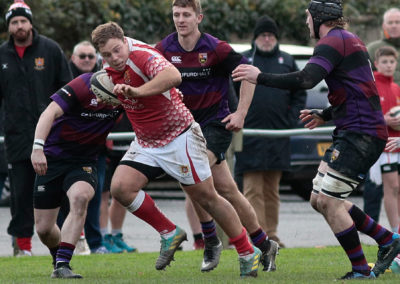 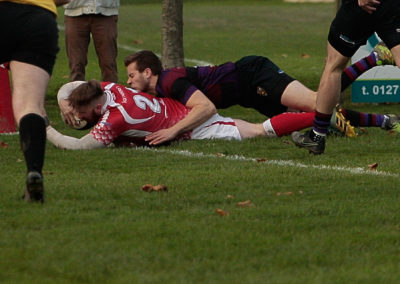 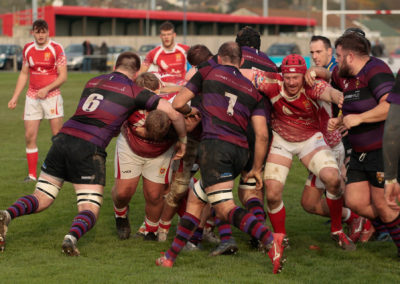 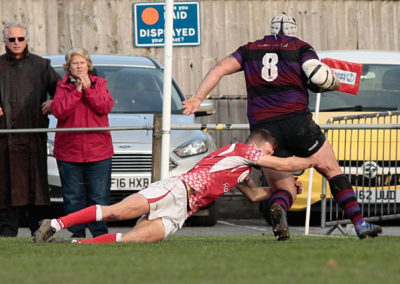 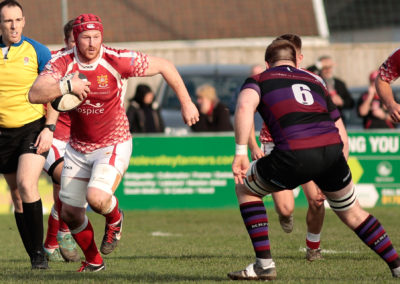 The first half was exactly that a battle, as Barnstaple allowed themselves to get sucked into a war of attrition in the trenches with a bigger pack than them and the majority of the game was played in Barnstaple’s half with scrum after scrum. Maidenhead definitely dominated the scrum and in the first 30 minutes constantly drove our scrum backwards, which eventually was pulled down just before it drove over the try line giving Maidenhead a penalty try and the first points of the game.

Try as they might Maidenhead could not capitalise on their early dominance a testament to the really good defensive qualities of the Chiefs who tackled and tackled to keep them out. It did become apparent at this stage that Maidenhead’s 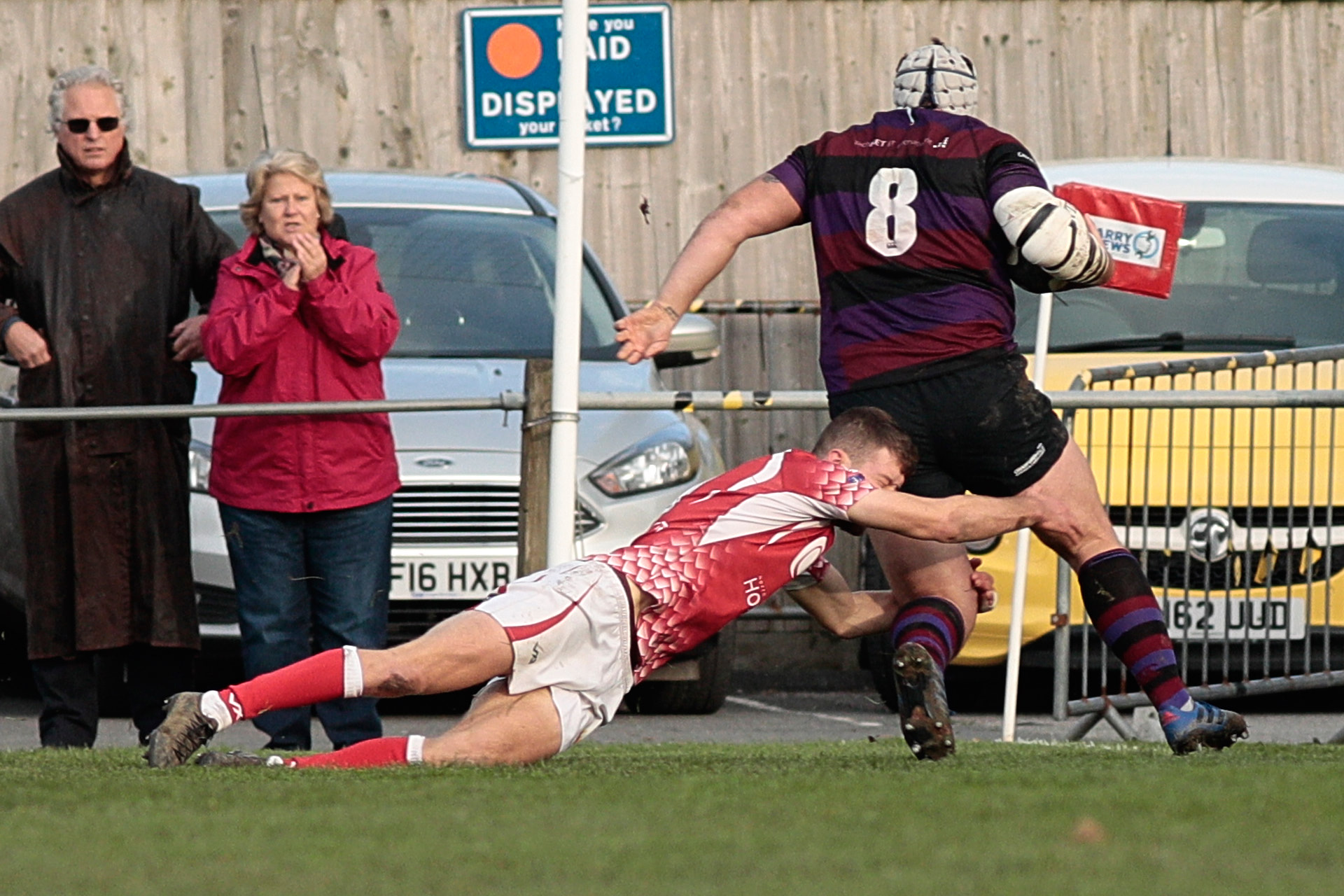 game plan was to try and bulldoze their way to a win with their pack and that became acutely apparent when their huge No. 8 was loitering on the wing waiting for the pass to charge straight through a much slimmer Ryan Lee. No chance, as he prepared to run over Ryan the young winger drove himself into the tackle taking the big man around the ankles bringing him down short of the try line, a certain try saving tackle. This indeed summed up the Chiefs defence.

Barnstaple gradually edged their way back into the game with some possession that earned them a couple of penalties, one of which Haydn Lidstone put over to pull back the score to 3-7. The introduction of Mitch Turner steadied the ship as far as the scrum was concerned and yet another they had to defend another bludgeoning attack around the thirty minute mark. An infringement by Tom Clark brought him a yellow and it did feel as though Barnstaple were going to go in at half time 3-14 down. But the Chiefs defence again held firm and turned the ball over got themselves back up the pitch earning a penalty in the process. Now they could go for a catch a drive which was well executed and the maul in place tried to drive itself over. As it inched its way the Maidenhead defenders managed to get it down but the Chiefs showed patience and after several pick and goes sucking in the Maidenhead defenders a lovely long pass to the poacher Luke Berry who went in at the corner, meaning that it was 14 man Barnstaple who lead at the break 10-7.

The second half started much more positively for the Chiefs who now started to play on their terms, getting the ball through the hands and putting in the phases not rushing. A good deal of pressure and a successful driving maul put Maidenhead under some intense pressure which they eventually pulled down close to their try line to earn the Chiefs their penalty try and extend their lead 17-7. A bit of sloppiness by Barnstaple over celebrating the try let Maidenhead back in as they quickly kick off and after several phases kicked through only for one of the Chiefs to touch the ball down for a 22 drop. This was the point that produced not only the best bit of rugby in the whole game, most of it caught on the video below, but also made my heart stop as James Starkey decided to tap kick the ball along the ground, reclaiming it, honestly I have never had my heart stop for so long, off loaded to Luke Berry. What followed was a fantastic period of play with Ryan Carter making a great run into their half and multiple phases, great handling including a lovely back handed pass from Robbie Hume to edge us even closer to the line. Retaining the ball throughout the Chiefs finally drove in the try close to the post by guess who, James Starkey, you couldn’t make it up.

At this point we were 21-7 up and coasting, every time we attacked Maidenhead wilted, but it wasn’t to last. A number of penalties needlessly given away allowed them to get back into the game and a Luke Berry yellow card helped Maidenhead to score 13 unopposed points to close the gap to just 4, every spectators nerves were now on edge. Another Chiefs attack resulted in a penalty which stretch the lead to 7 and with just a few minutes to go Maidenhead threw everything at Barnstaple. Again it was that impressive defence that kept them out and the turned over ball at the end summed up an improved if somewhat nervy 2nd half that now keeps Barnstaple top.

Yes we never did get that bonus point which was a shame but there was much to enjoy about the team. That defence of ours is very good, particularly out wide as Maidenhead’s wingers were no slouches. The phase play and ball retention was excellent when we had possession and there were some excellent passages of play by Barnstaple against the 3rd team in the league. This then keeps us top, no pressure then, but only by three points as Weston Super-Mare closed the gap after earning themselves a bonus point against Newbury Blues.

Yes WSM’s expected win over Newbury Blues 31-15 keeps them right on our shirt tails. Camborne however unexpectedly lost to a visiting Exmouth 8-17 and also Exeter Uni, who have now climbed to fifth, finally got their first win on the road beating Drybrook 10-14.

The Devon derby result was a shock, not over who won as Brixham beat Ivybridge, but the score line which was 40-29 to Brixham. Given their previous performances I don’t think anyone would have had them to score 40 points against Ivybridge, there’s a turnaround for you and now makes Brixham a little bit more of a challenge for the rest of the season. Finally Launceston came ever so close at Bracknell losing by just 2 points 15-13 and now find themselves second from bottom following Brixham’s win.

That about wraps it up for another week but before I disappear just a quick score line for you from Barnstaple Athletics game which they won down in Newton Abbot 3-68, a massive win down there and puts them within just 1 point of the two leading teams, Devonport and Exmouth who are both still to visit Pottington Road, having played the same number of games. Athletic’s next game is at Pottington Road next Saturday against Crediton kick off is 2pm.