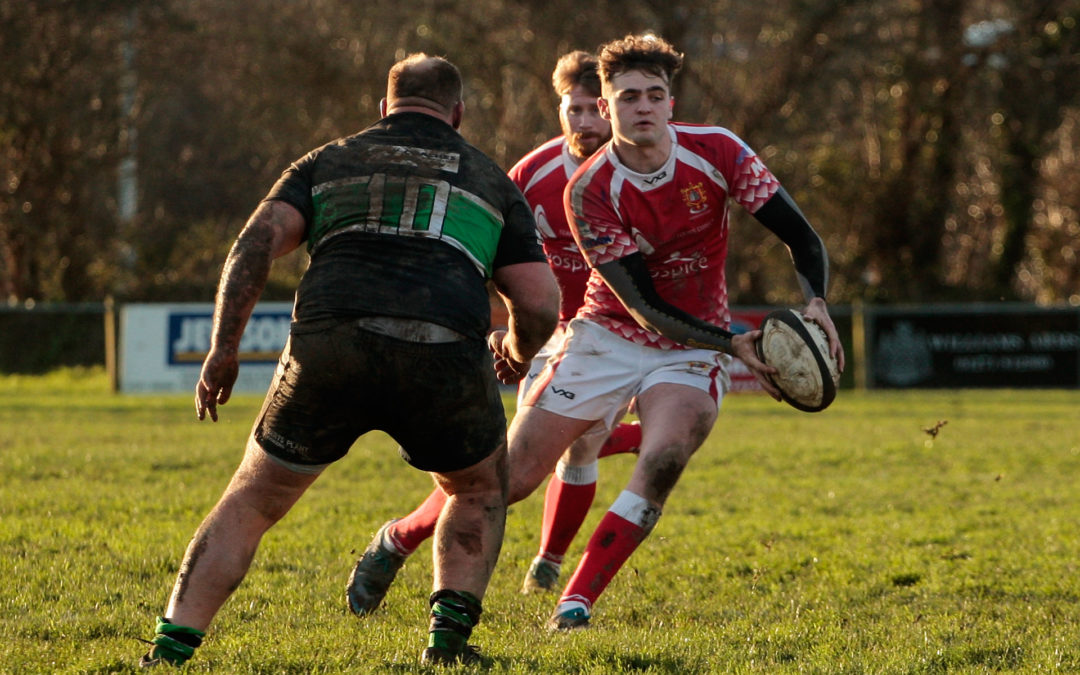 It was always going to be a tough day for the Chiefs at Exeter Uni who have proven to be tough opposition on home soil and that challenge was made even more difficult as the Chiefs were missing 6 first choice players including Captain Winston James and influential centre Ryan Carter. Added to the list was the first choice second row of Hilton and Lloyd and the first choice props Dromantas and Snell, I’d reckon any team would wilt with such an array of talent missing fortunately for the Chiefs a couple of returnees helped to bolster the squad  and give the team a chance of getting something from the game. This included Ashlee Crouch and Jake Childs as well as Brendon Darley starting, with Casey George starting his first game for the Chiefs. On the bench was a debut for Athletics Dominic Robson. Here then was the line up for Saturday. 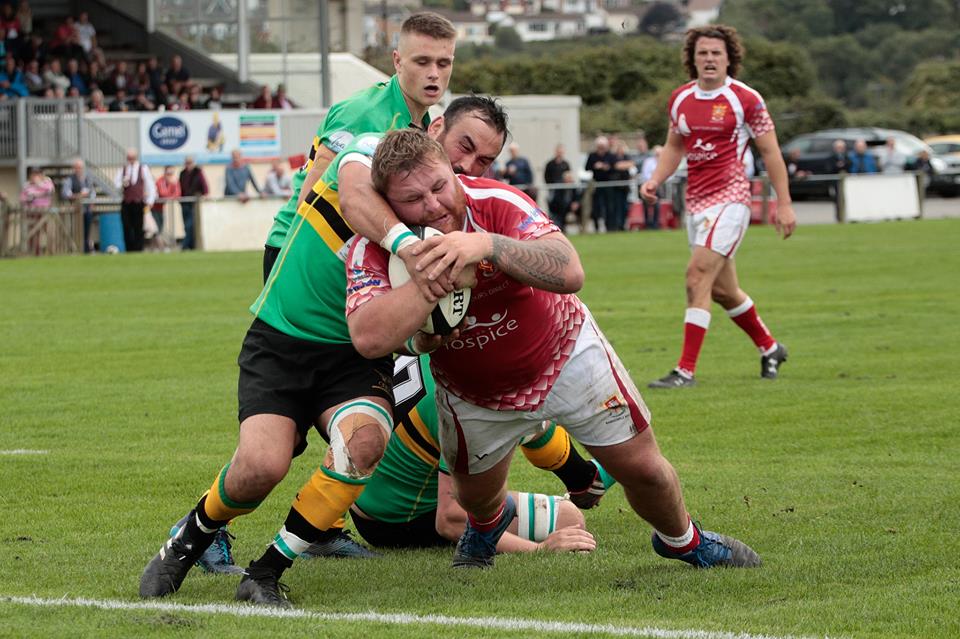 Things didn’t start well for the Chiefs as Exeter made the brighter start and then in the 6th minute disaster struck as Ashlee Crouch had to be substituted following an injury to his calf bringing on Bryn Jago a bit sooner than he expected. A quick reshuffle saw Casey George now take over at prop and as the Chiefs attempted to settle Exeter struck with the first try of the day as their centre crashed through to go 7-0 up within the first 5 minutes. Barnstaple regrouped and began forcing the game oputting the Uni lads under a lot of pressure and three Exeter penalties and a yellow card later the Chiefs maul crashed over with Brendon Darley scoring Barnstaple’s first points in the 21st minute reducing the home sides lead to just 2 points 7-5. 25th minute another Barnstaple injury as Casey George was forced to retire early through injury and Dominic Robson came on for his debut for the Chiefs. An exchange of penalties edged the game towards half time when in the final minute of the half Haydon Lidstone scored a well worked team try under the posts to give the Chiefs a 10-15 lead going into the break in a very evenly fought 1st half.

Second half and Exeter started much the brighter putting the Barnstaple defence under pressure for the first 10 minutes when two consecutive charge downs lead to the first score of the half for Exeter. Shortly afterwards a high tackle earned Barnstaple their 1st yellow and almost immediately conceded another try to Exeter to lead 22-15. A third try followed shortly with Barnstaple still down to 14 and it looked at this point that the Uni team were going to run away with it. But the Chiefs rallied and still under pressure in their own 22 Dylan Gosling takes what will probably be his longest penalty tap score to run in a try from 80 meters out in the 67th minute. The game continued with both teams pressing when the Chiefs stripped the ball in the 76th minute to regain possession and then earned themselves a lineout from which a driving maul earned the Chiefs a score levelling try after it was converted to go into the final two minutes 29-29. Then heartbreak as with just seconds left Exeter grab the winner out wide to take the win. 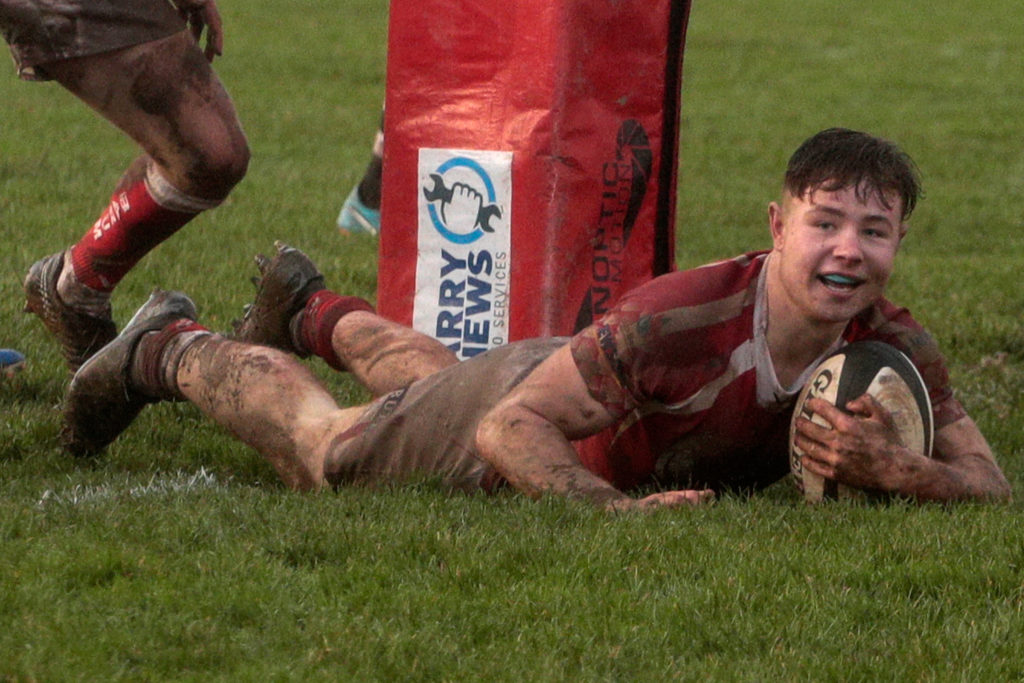 What a pulsating match that must have been and I expect one of the best this season and what an effort after giving up three tries in the second half to get back on level terms only to be thwarted at the end. Mind you four tries and a close score line does mean Barnstaple scored 2 bonus points in this game to keep that momentum going at the top. Given not only who was missing but also the loss of two props to injury in the first half, how much bad luck do you want, shows how good the character of this team is and a really well deserved two points, which wouldn’t surprise me come the end of the season they might just be what wins the title for us. Currently Barnstaple are still 11 points clear of Maidenhead and 14 points clear of Weston Super-Mare, that’s how important those two points were today, but my warning about not getting to carried away after the WSM game has proved that caution is definitely the best policy because you never know when lady luck plays a prank on you.

Talking of luck a waterlogged pitch at Exmouth gave them an unexpected rest before they travel to Pottington Road next week fully refreshed. The other Devon derby though produced another away win for Okehampton as narrowly beat Ivybridge 21-22, which narrows the gap to us by 7 points. Brixham also helped themselves massively by getting another win on the road beating Camborne 17-18 which leaves Camborne scratching their heads as they are still to win in 2020 after such a good start to the season.

Launceston’s home advantage helped them do the double over Newbury Blues winning 22-12 and might give them the impetus to get out of the bottom three as there is now just three points separating them and 8th place Brixham. Finally Drybrook got their expected win over Bracknell 20-10.

Athletic notched another big win as they welcomed Paignton to Pottington Road beating them 50-0 to continue to dominate the Devon Merit Table 1. Next week it’s a top of the table clash as the Tic’s welcome 2nd placed Exmouth to Pottington Road, kick off is 2pm.

Some very welcomed news for the Colts concerning their abandoned game against Okehampton, which they were leading 29-5, the result stands and deservedly so in my book. This weekend they travelled to Tiverton for another league game which was also another convincing win 0-50, which now puts the Colts three points clear at the top of the Devon Colts Merit Table NE.

Next week the Colts are also at Pottington Road to play Bideford Colts, kick off is 12pm but that still has to be confirmed yet.

That about wraps it up for another week and well done to all our teams today an absolutely fantastic effort by all involved, roll on next Saturday when Barnstaple play Exmouth in front of a packed Pottington Road kick off 2pm.