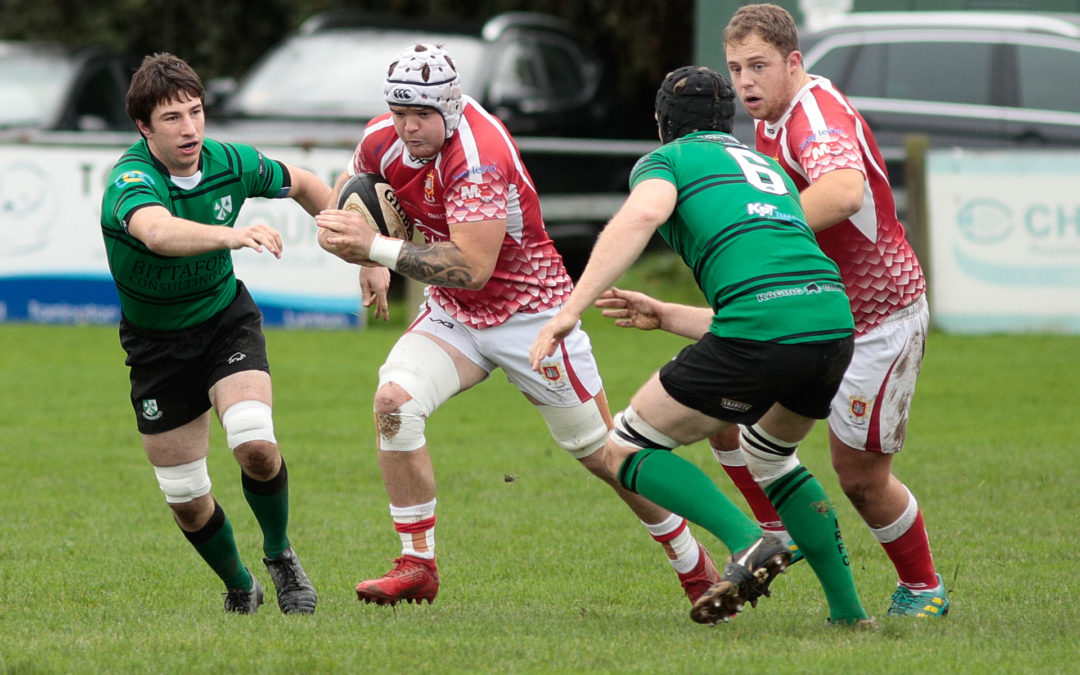 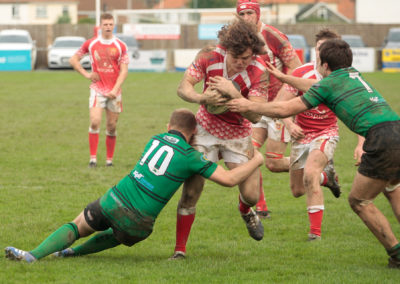 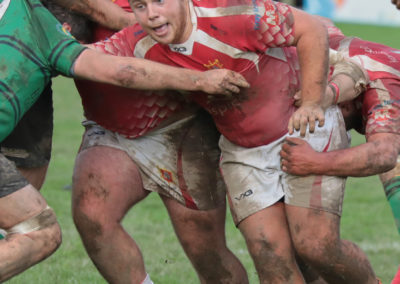 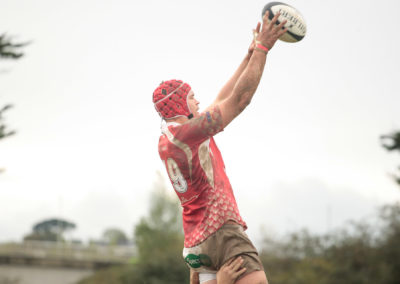 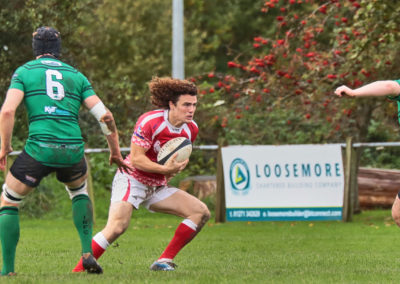 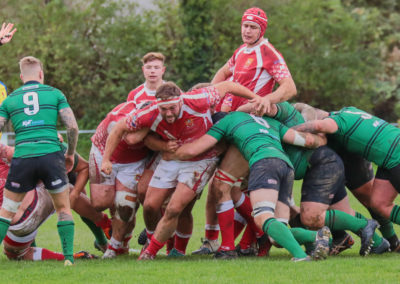 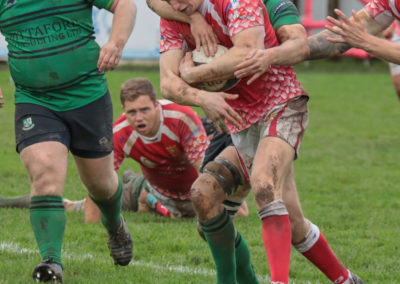 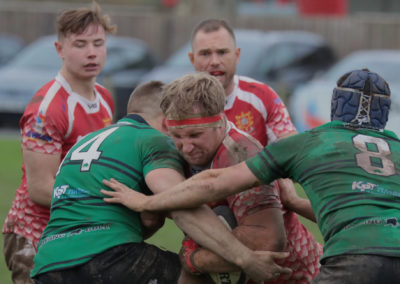 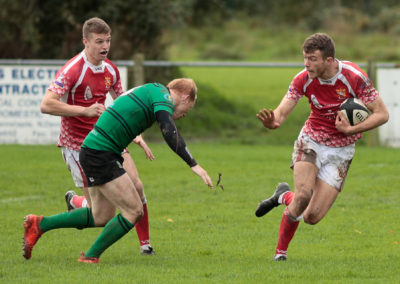 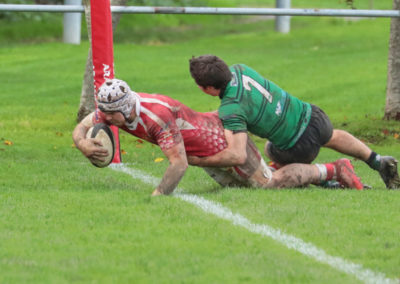 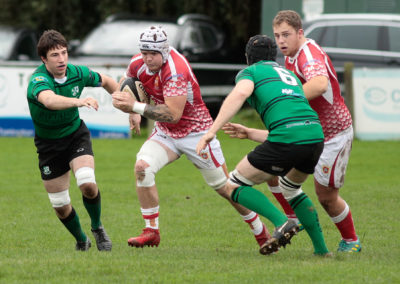 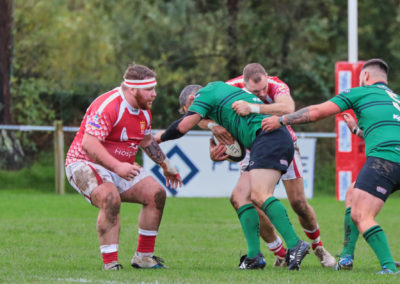 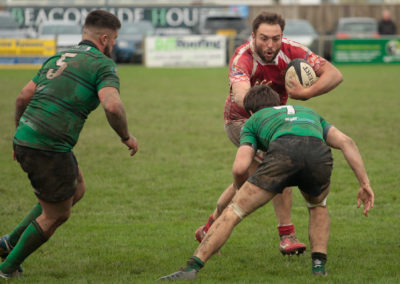 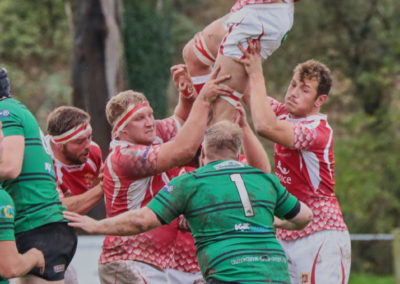 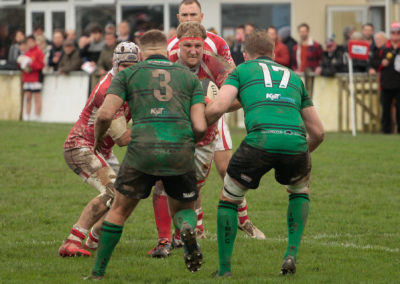 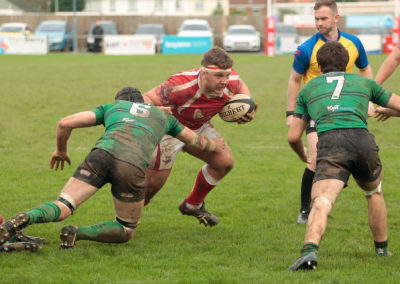 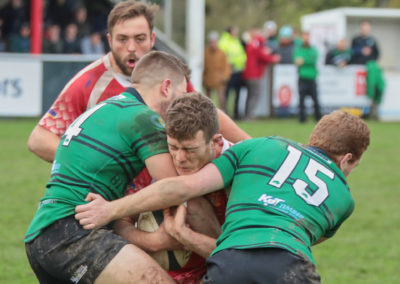 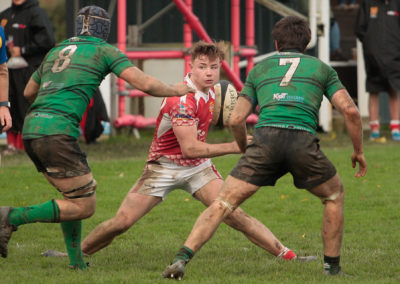 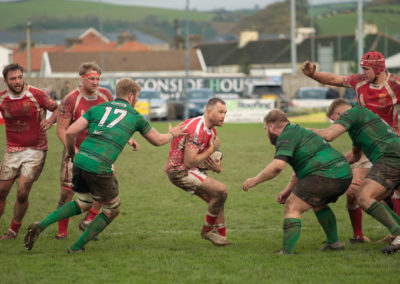 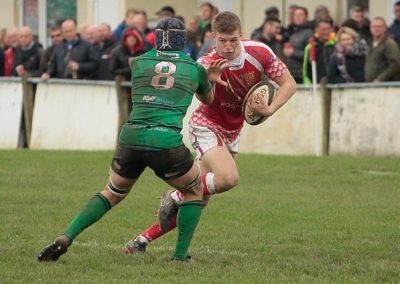 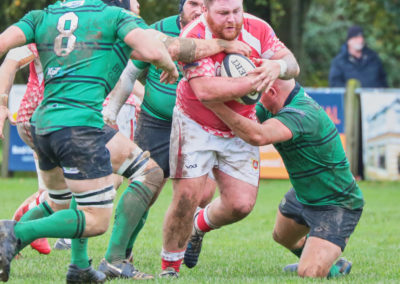 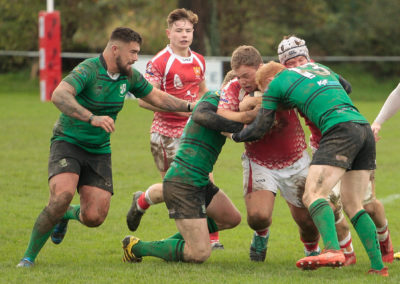 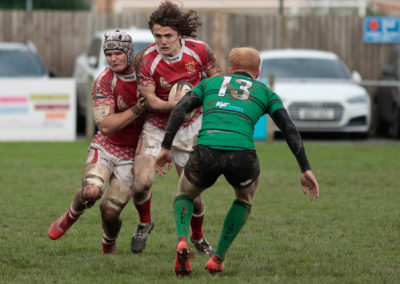 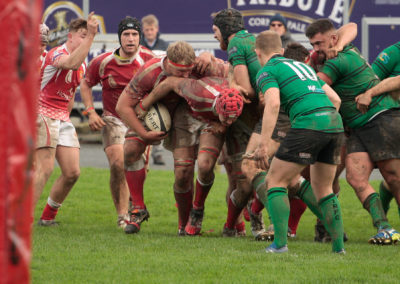 What a day of mixed emotions that was on Saturday. First the euphoric high everyone was on after England beat New Zealand to book their place in the World cup final, to the huge disappointment shown in everyone’s faces as Ivybridge beat Barnstaple 12-15 in what was a lacklustre performance, especially in the first half, by the home side. But some weekends are like that, ying and yang and all that I suppose, but to see all those happy faces at 11am just fade away as the afternoon wore on was a bit disheartening to say the least. Hopefully you all had a good knees up at the social after the game.

The first half in particular was a trial of attrition as both teams could not acclimatise themselves to the conditions, a half strewn with handling errors. Both teams defended well, in fact to a virtual standstill and just waited for the mistakes to regain possession but it was Ivybridge who went in at half time leading 0-3 from a penalty scored in the last 10 minutes of the half. The chiefs had only two opportunities to mount an attack close to the oppositions 5 metre line, both courtesy of penalties that were kicked to touch ready to launch the attack, and both lineouts were poorly executed with Ivybridge winning both of them.

The second half did start much brighter with the Chiefs finally putting in some sustained phases and building some pressure. A driving maul set up Brendon Darley to fight his way over the try line for Barnstaple’s first score and the lead 7-3. Then the mistakes came back, no longer was this another classic 2nd half performance that we have been used to this season but an error strewn and penalty ridden throwback to previous seasons. Slowly Ivybridge were able to fend off what attempts the Chiefs tried and with a yellow card, not sure who, against Barnstaple, Ivybridge took full advantage to score in the corner and retake the lead, another score took their lead to 7-15 with less than 10 minutes to go 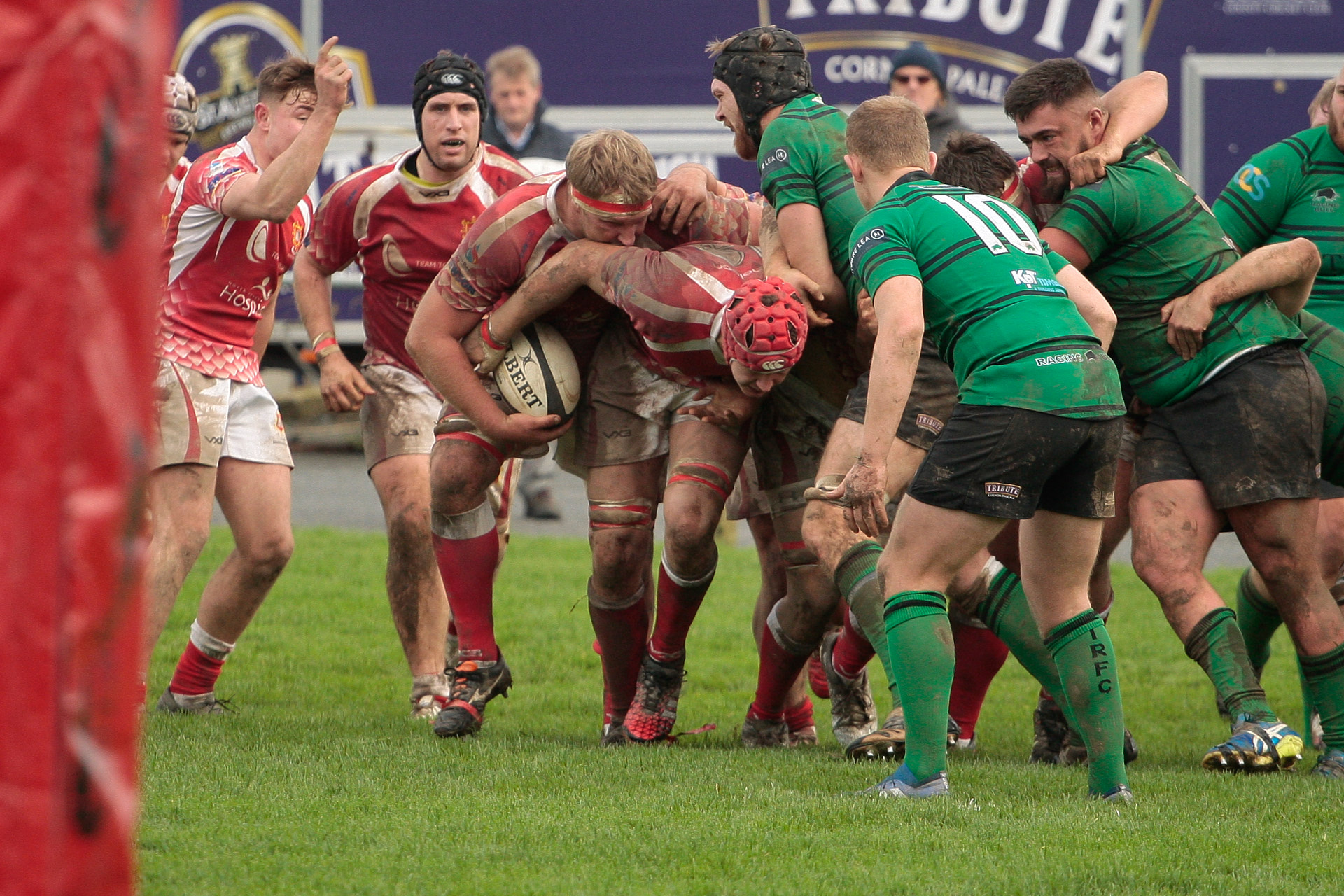 Barnstaple back to 15 mounted another attack with a scorching run by Josh Davies which got us past the half way line and several phases latter a charging run by Winston James crashed over the line to score a late try with just minutes left. Then came the moment that really summed by Barnstaple’s performance. Having regained possession from the kick off the Chiefs were awarded a penalty for a high tackle near the half way line and it was full time, chance of a final attack to win this game. Instead of making sure of touch to then mount the attack the Chiefs instead went for distance to try and get the lineout close to the 5 metre line, but it fell short into the thankful arms of the Ivybridge winger who seemed bemused he even had it and only kicked it out following huge screams from his team mates. 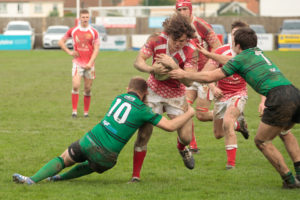 And that summed up the Chiefs performance, full of handling errors, penalties but more importantly inaccuracies and poor execution. The first half in particular it appeared to me that the Chiefs were rushing it trying to get the clean break with first phase possession when, given the conditions, perhaps a more methodical approach of just grinding the opposition into the dirt might have sufficed. The second half did see an improvement but those penalties came back to haunt us and again poor execution lost us the game. Also fair play to Ivybridge who again have shown they know how to win a game of rugby on the road and will be tough opponents for anyone to beat this season.

Mind you we weren’t they only ones to be disappointed at a poor result which we had hoped would have gone better for us and I do wonder how many other teams were suffering some sort of hang over from the England game, Exmouth I expect for sure as they were shut out at Bracknell losing 12-0. That’s their third straight defeat, this time against one of the bottom clubs who had previously only won one game and now Exmouth find themselves in the bottom half of the league and like us will be thankful for the week off next week to do some regrouping.

Exeter Uni too, must have thought that the trip to Brixham was their chance to shake off those away day blues and finally get their first win on the road. Not a chance as Brixham, without a win since opening day, beating the visitors 18-14. Okehampton got another big scalp at home as they had a tough game against Maidenhead winning by just 2 points 14-12. Maidenhead must be disappointed though as a drop goal attempt to win it at full time just went wide.

Weston Super-Mare are continuing to show how strong they are this season with another solid performance at home to beat Launceston 32-13 while the big mid-table clash did go the way of the home side, but only just as Camborne fought out a 26-25 win against Drybrook.

That wraps it up for another weekend and there is no blog next week YEAHHH I have the weekend off. So enjoy yourselves next Saturday and COME ON ENGLAND

WORLD CUP FINAL ENGLAND V SOUTH AFRICA. Club opens at 8am breakfast is on the menu and kick off is 9am , be early folks as I think it might just get a little bit busy.