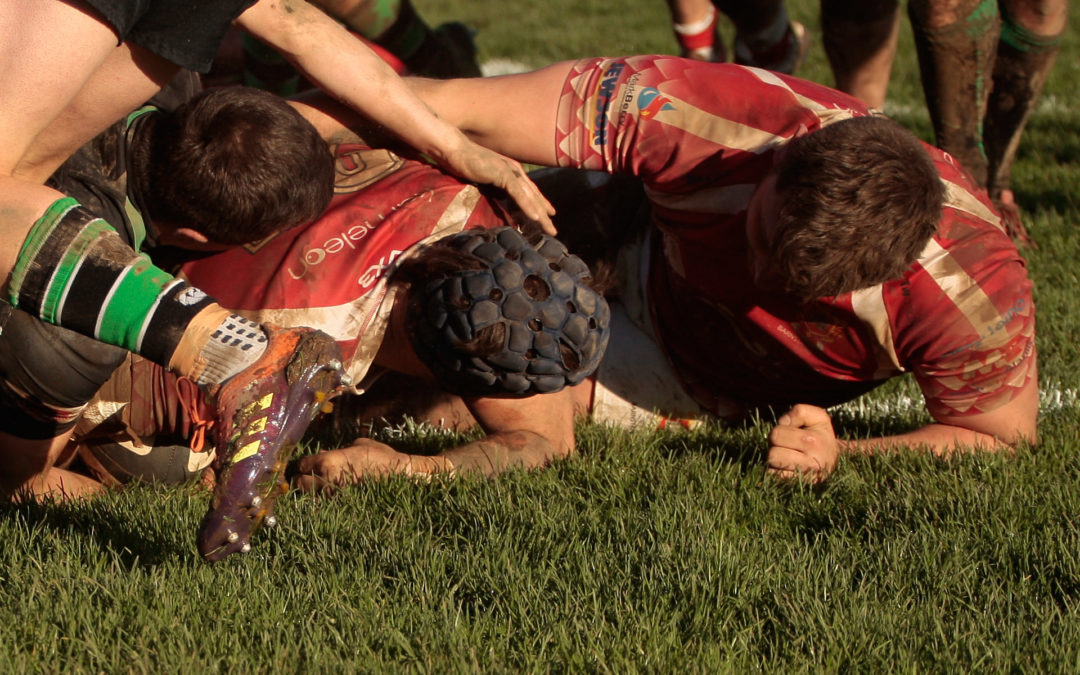 What a great day at the office for Barnstaple rugby on Saturday. At home the Colts absolutely smashed Exeter Saracens 57-7 while Athletic visiting Crediton done the business there winning 3-45. Both teams have collected maximum points and the Colts remain in Second place in their league with a massively important game as 1st plays 2nd when Okehampton visit Pottington road next Saturday, so if you’re not going to  Weston Super-Mare for the Chiefs match then make a point of getting down to Pottington Road to cheer on the Colts. As for Barnstaple Athletic they now have stretched their lead at the top of the table with 11 points separating them and the rest and are still looking strong. They have a well-deserved week off next weekend before welcoming the Paignton 2nd XV on February 1st. 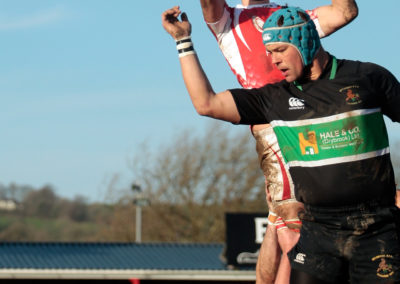 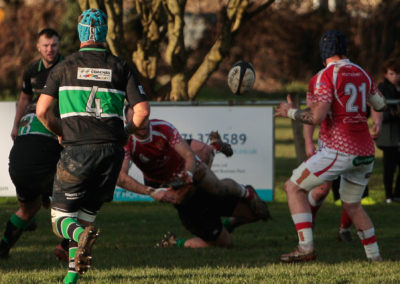 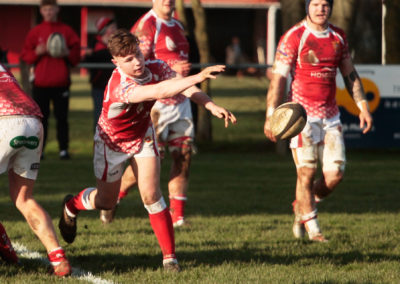 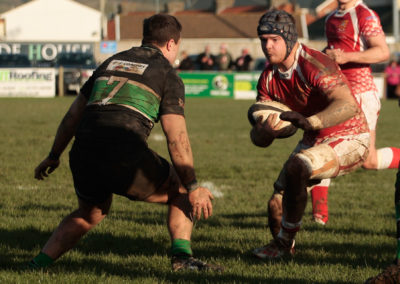 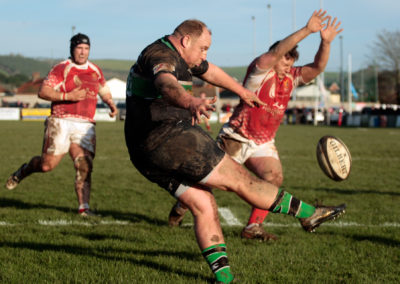 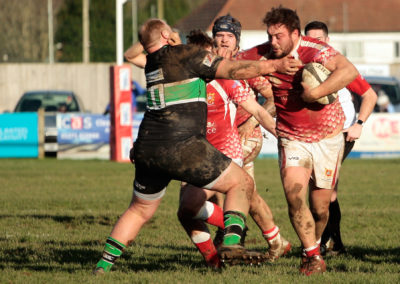 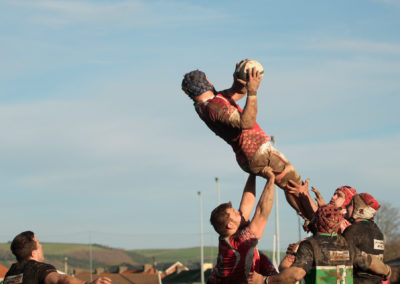 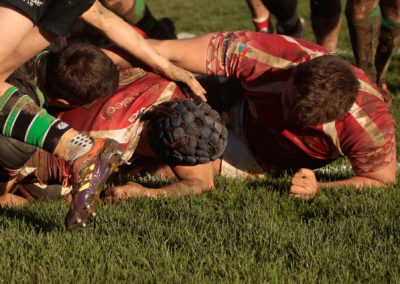 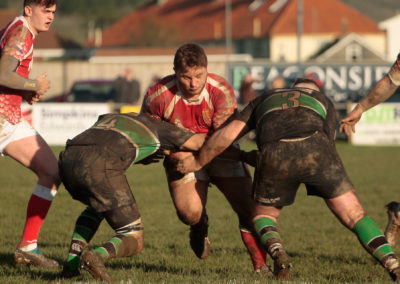 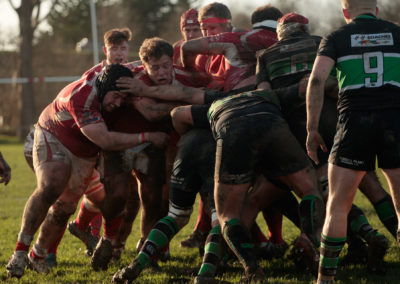 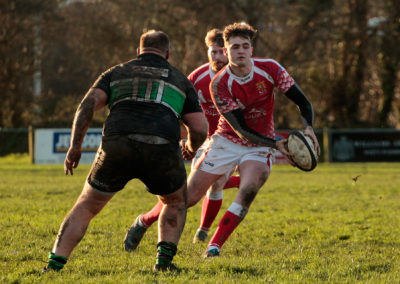 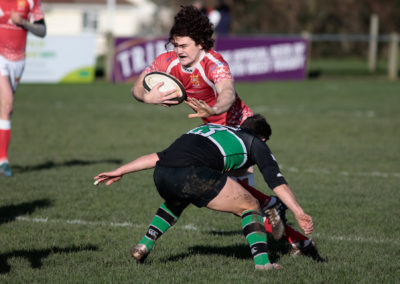 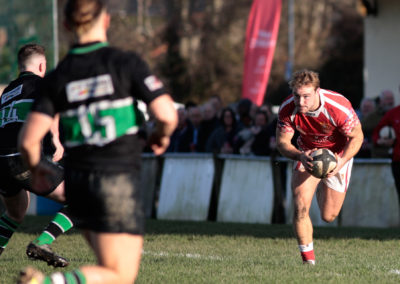 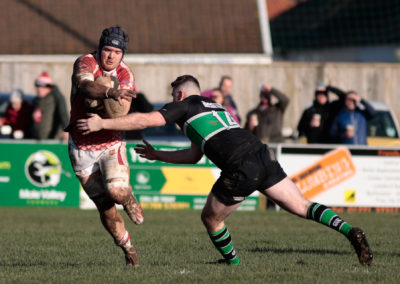 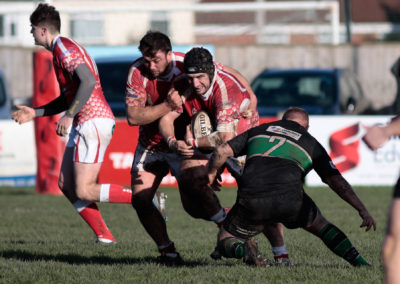 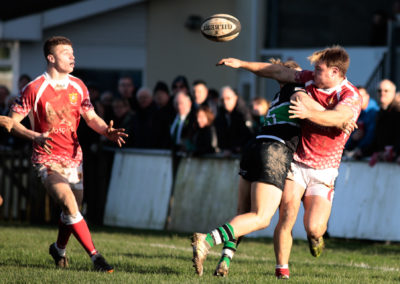 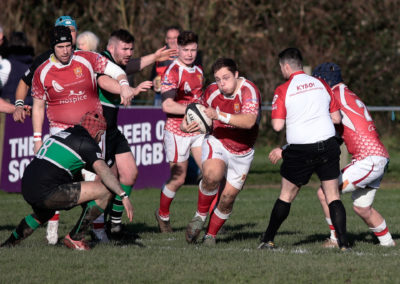 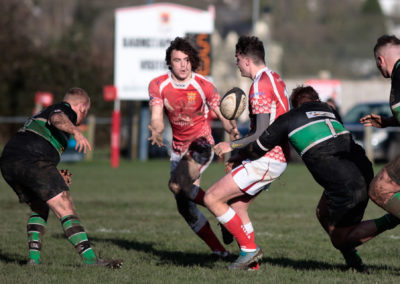 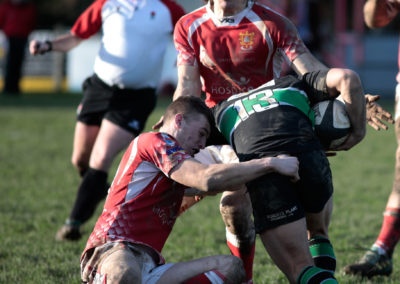 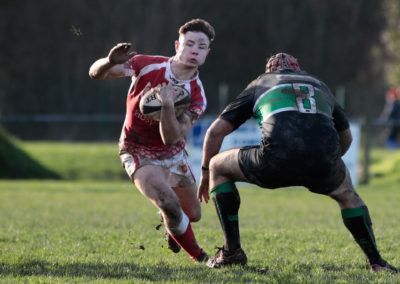 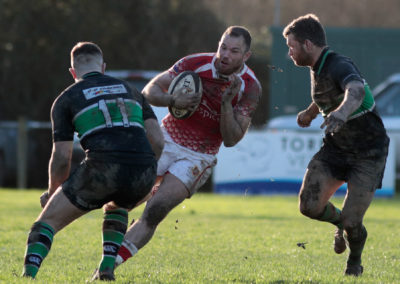 As for the Chiefs it was another satisfying performance professionally executed as they faced the third toughest defence in the league. Breaking them down was never going to be easy but the Chiefs played a lot of good multi-phase rugby to wear down their opponents and get all four tries they needed for the bonus point to win 24-5. Again the defence was exceptional and the Chiefs kept Drybrook out of their half all game until the last 15 minutes or so when the visitors found themselves camped in Barnstaple’s half for some time in their one and only attack to score out wide. The Chiefs though totally dominated possession and territory throughout the match to run out worthy winners. 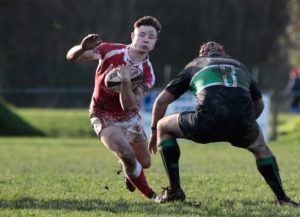 The game began with the Chiefs flying out of their traps a break neck speed playing very quick ball and at a really good pace for the first 20-30 minutes. Drybrook showed during that stint how good a defence they have and it took an inspirational moment from scrum half Dylan Gosling for Barnstaple’s first try in the 10th minute. Drybrook under so much pressure during those first few minutes continued to give away penalties and it was one of these penalties that Dylan spotted they were slow to retire and close the 5 meter line he tapped the ball and jinxed his way through the Drybrook defence to score the first of a brace of tries. It wasn’t until five minutes from the break that Barnstaple’s second try was finally scored and it was only a matter of time as the relenting pressure of the Chiefs attack finally broke through as a line out was taken by Winston who the pack drove across the line and with Haydn Lidstone’s conversion Barnstaple led at the break 12-0 and had reduced Drybrook’s attack to just kicking the ball as they couldn’t get anywhere carrying it.

The second half started in much the same vein as the Chiefs attacked consistently, unfortunately the going was getting heavier underfoot and the speed just wasn’t there. In fact it was a marvel that the pitch still looked in good shape with plenty of grass still on top, no muddy field here, but underfoot it was heavy going favouring the defending side.  Unfortunately Drybrook’s penalty count finally took its toil and a yellow card for Drybrook opened up opportunities for the Chiefs and some great forward play to suck in the defenders the wide ball left Kyle Spear on his return to Pottington road with just one man to beat on the outside to score Barnstaple’s third. Now it was only a matter of time for that bonus point now and just 6 minutes later with Drybrook still down to 14, Dylan again took a quick tap penalty to jinx his way to the line in an almost carbon copy of his first try to earn the Chiefs their bonus point. 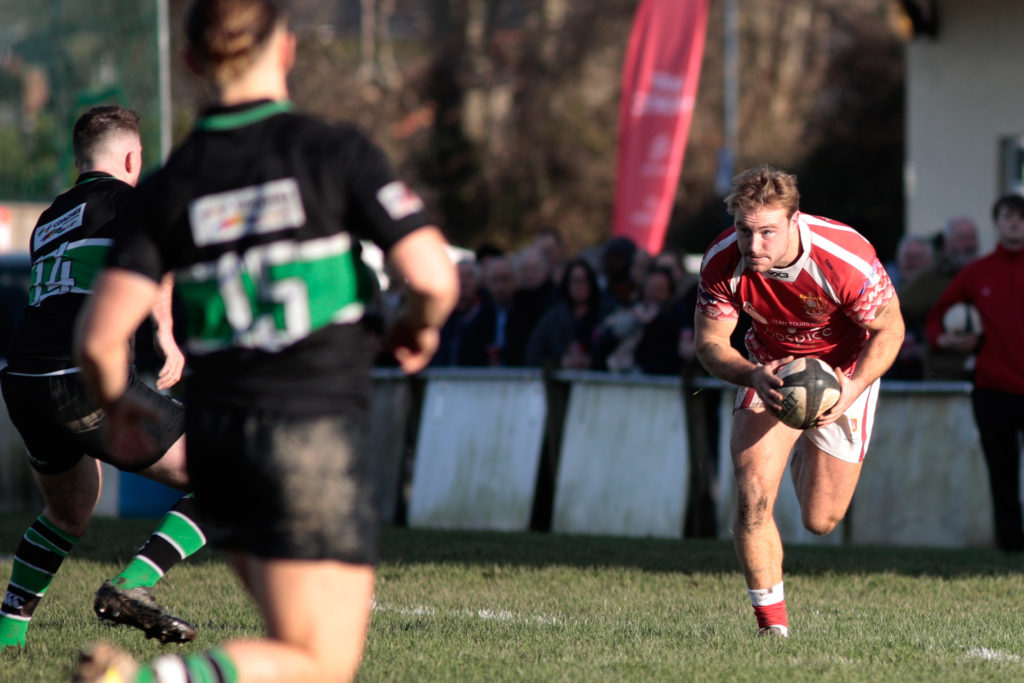 So although the visitors did score with ten minutes still to play this was all about how Barnstaple were going to approach this game facing a seriously good defence and they did that really well, with patience and purpose. The Chiefs gave up very few penalties and their pace at the breakdown was good with on many occasions good and quick ball. The defensive line was excellent with Drybrook being forced to kick as they just couldn’t get passed it especially during the 1st half. Kyle Spear didn’t look like he had been away from the playing field for long and it was great to see him back as it was seeing Ben Hilton back in good shape.

However it doesn’t stop there as Barnstaple have to prepare for next week’s rearranged fixture as they visit the team with the second best defensive record in the league, Weston Super-Mare. This is the crunch game and if the Chiefs play like they did on Saturday they will have every chance of getting something from this game, but they are going to have to play at their best with the same fortitude that they showed today to win.

As for WSM they had a close call with visitors Exeter Uni and only just beat them in a very tense match 17-13 to continue to be on our shirt tails. Maidenhead again had a close one with Launceston winning 22-17 and the Cornishman must be happy to grab a point from there.

The Devon derby saw a surprising result as Exmouth broke not only Okehampton hearts but their 100% home record in a low scoring but tightly fought game with Exmouth winning 13-15 and giving them some hope for the rest of the season as they climb out of the bottom three.

Ivybridge came close to a win on the road but fell short losing at Newbury by just a solitary point 20-19. This is Newbury Blues third win in 5 games and now puts them within touching distance of safety as Bracknell’s 30-10 win over Camborne means there is just a bonus point win separating the bottom six clubs.

With next week being a week off for everyone else except ourselves at WSM and Exmouth hosting visitors Drybrook a win will see the Chiefs put even more daylight between them and the chasing pack, and they will deserve that daylight by winning at Weston which is always a difficult place to win at and will be even more so given how well WSM are playing at the moment. The question is can WSM break our defence down, personally if we continue as we are I can’t see it but Barnstaple on the road, anything can happen.