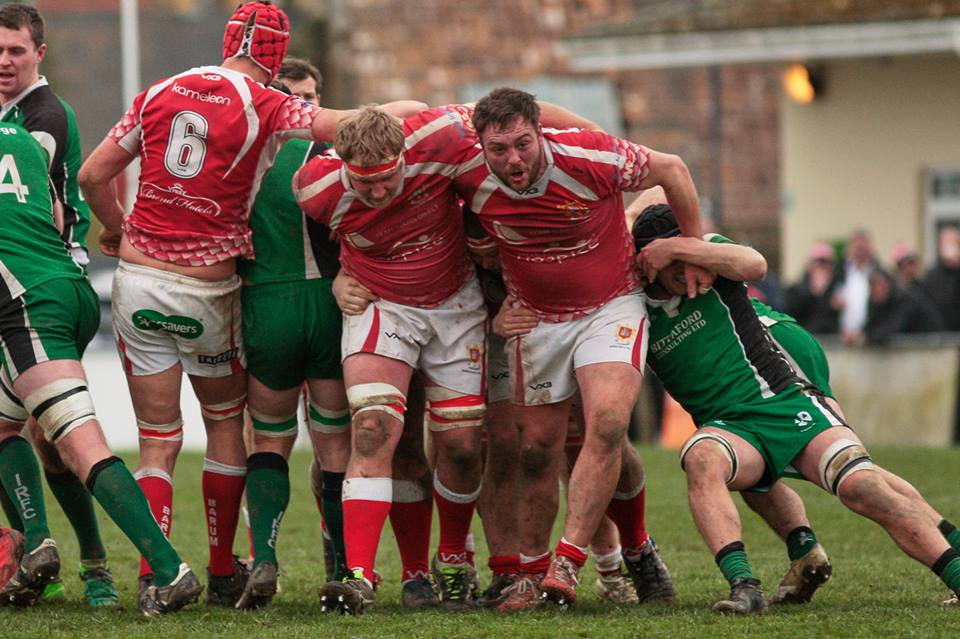 What an important day of rugby for the Chiefs as they travel down to Cross-in-Hand for their South West Premier match and Devon derby against Ivybridge. A win there today will guarantee Barnstaple home advantage for the Devon Senior Cup final on April 25th, yes that’s right we have a date so make sure you pencil it in, and of course a chance to maintain that 14 point advantage in the league with just seven games left to play after today, all this against the only team to defeat the Chiefs at home this season. Have I got you interested enough yet well let’s put one more scenario in the mix for you as this will probably be played while storm Dennis is being a Menace, ouch? Hopefully there will be a lot of support travelling down to Ivybridge today to encourage the team on. 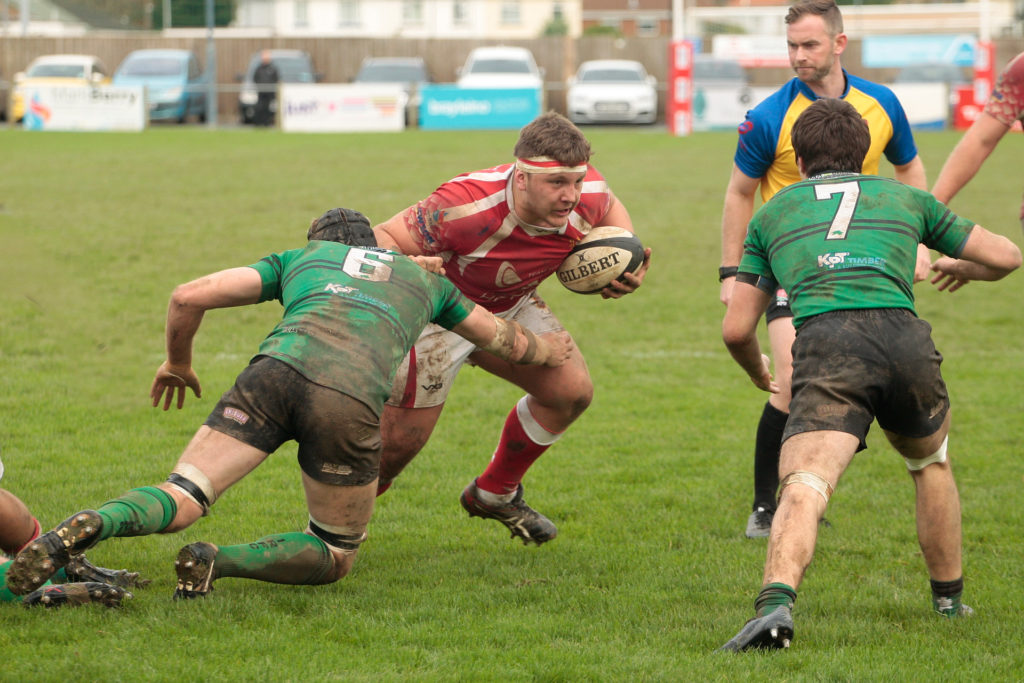 Ivybridge have had an indifferent season so far and are quite unpredictable, as I mentioned earlier they fought a very tough match against us at Pottington Road with a solid performance back in October and won that contest 12-15, they nearly did the double over Maidenhead beating them away in September 33-36 and then drawing at home 22-22, also the 56-44 defeat of Exeter Uni in December shows they can be a force to be reckoned with.  Unfortunately for Ivybridge their early season success hasn’t been maintained since beating Exeter Uni and their more recent form has seen them loss four and draw one, although two of those loses were by just a solitary point. All this suggests that Ivybridge just haven’t had the rub of the green that they may possibly feel they deserved and that will make them dangerous opponents today as they look for the double over the league leaders, even just for the bragging rights and of course get their first win of 2020.

For Barnstaple today is all about patience, with the conditions they are likely to face and that 4g pitch the Chiefs really only need to secure the win and not go chasing bonus points until then, that will just play into the oppositions hands. Last week’s game against Exmouth showed the Chiefs 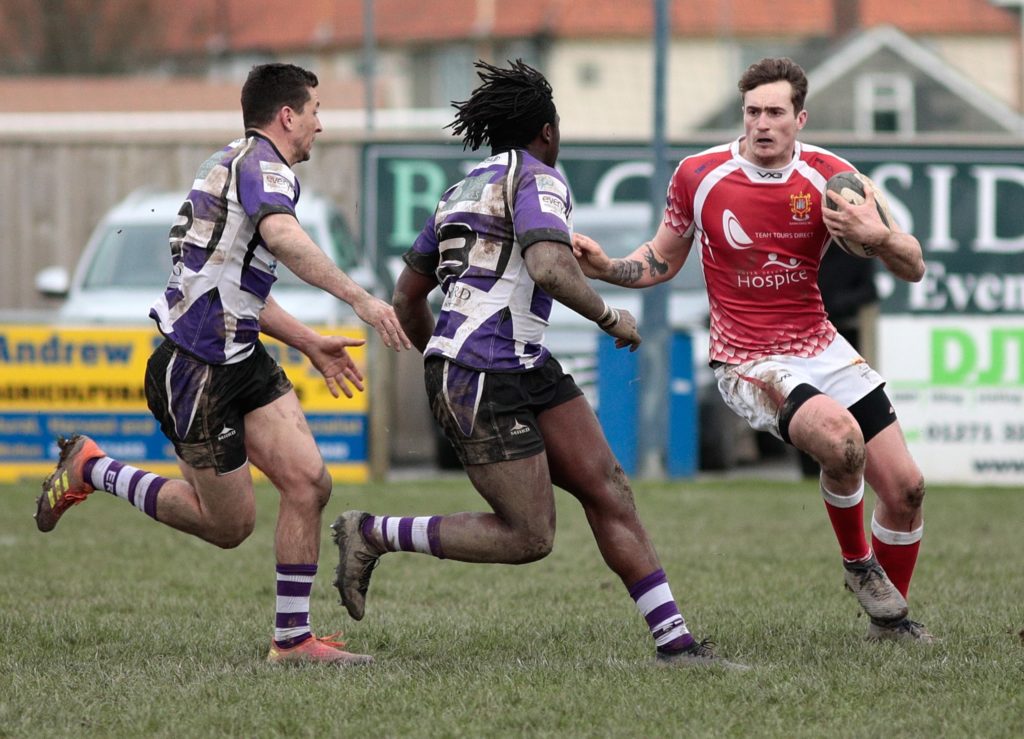 working hard to ensure the win by being dominant in the second half and once secured the bonus point presented itself with a lovely piece of rugby, more of the same please. And let’s keep the penalty count to single figures please. Of course the biggest enemy out there will be the weather and although the winds won’t be as severe as last week there is an amber warning and a nearly 100% chance of rain at kick off, so both teams will have to contend with a very wet ball and the Chiefs will need all of that patience and it’s solid defence.

There are several changes to the line-up today with Nat Bayet moving to hooker as Starkey is still unavailable and Jake Childs starting at no.8. Dan Johnson also starts after successfully coming off the bench against Exmouth with Kyle Spear taking a breather. Here then is todays team

There is one more Devon derby today as our closest rivals for that home advantage for the Devon Cup, Brixham, travel to Exeter Uni today in what could be the defining game for them this season and their toughest challenge for that final place. Recent results suggest that Brixham do now have that momentum with three wins on the bounce, but Exeter is always a tough place to go and they too have steadied the ship with two consecutive wins, whatever happens if should be an cracking game if the score line from their last match together is anything to go by with Brixham winning that one 56-44.

Next week’s opponents, Bracknell, have the long trip to Exmouth and both teams desperately need the win today to try and rescue their season. I expect Exmouth to take full advantage of being at home and win this one but only if they are fully committed to the cause. Okehampton are off to face a wounded bear in Maidenhead who became Newbury Blues sixth victim last weekend losing 25-22, and are now looking at the battle for the playoff spot of which Okehampton are just five points behind Maidenhead in 4th place, so this game could produce some fireworks and weather permitting might just be a great contest.

For the last two games Launceston have the difficult task of holding Weston Super-Mare at bay as they welcome them to Polson Bridge, however the Cornish All Blacks are on a roll at the moment with five wins from their last six games including a great win at Okehampton last Saturday beating them 15-21 to push themselves up the table into 9th place, so this will be a difficult trip for WSM who will need to be at their best. Drybrook welcome a rattled Camborne who are yet to win in 2020 and will look to try and extract themselves from the three teams below them.

Athletic will be looking to get back into action pretty quickly as they head down to Ivybridge following the disappointment of losing to Exmouth 5-12 last Saturday. This does mean the title is now dependent on Exmouth losing a couple of points in their next few matches as although Barnstaple are top on 66 points, Exmouth are just 8 points behind with two games in hand.

There are still 7 games to play though including today so still a long way to go for both teams and plenty to play for.

The Colts continue to plough ahead in their league and following a very good 50-0 win over Bideford now find themselves 8 points clear in the Devon Colts Merit Table NE. Today they are on their way to Crediton to continue the good form they currently enjoy and further cement their position within the league.

That’s it for now until the match report later; hopefully the weather won’t disrupt the games too much and for all the Barnstaple teams good luck today and let’s bring it home.