Good morning everyone and what an exciting morning it is as we approach the final few furlongs of this season with Barnstaple still riding high in the charts. Before we get into the game just a quick request from Adam Lloyd’s fiancée Lauren

I need your help please!!!

I’ve entered me and Adam Lloyd into a competition with the North Devon Journal to WIN A WEDDING! I need as many people as possible to collect the ‘vote’ slips for me from the paper over the next few weeks and let me have them (don’t worry about posting – I can do that) – so that we get into the next round!! Please let me know if you can help me by getting your friends to also collect them from your workplace/pub/club etc and I can come and get them!

Thank you in advance!

Good luck to them both and now back to the game and with just four games left for the Chiefs to play in the South West Premier league they are currently 23 points clear of the chasing pack and looking favourites to win the title. Before that though there is still plenty of work ahead of them and they can still be pipped at the post as the chasing pack do have games in hand over Barnstaple. 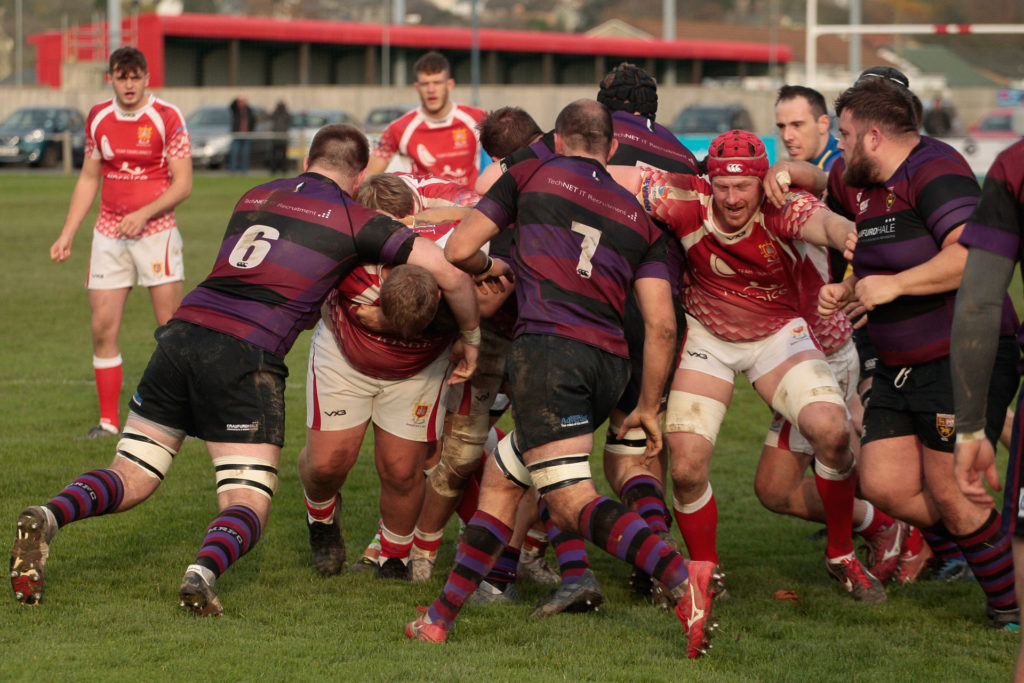 Now keep up as I lay it out for you, currently Barnstaple have 77 points however both Maidenhead and Weston Super-Mare are on 54 points with games in hand meaning that WSM can grab a maximum of 89 points or Maidenhead a maximum of 84 points, so theoretically Barnstaple have to reach 90 points to ensure the title. Yet with WSM and Maidenhead still to play each other which will knock one of them out of the race and Barnstaple yet to play both the landscape could change dramatically and could quite conceivably be decided when we face Weston Super-Mare at home in a winner takes all final game of the season. Now don’t even get me started on the computations of the Devon Senior Cup final which Barnstaple could miss out entirely, that my friends is for another day. 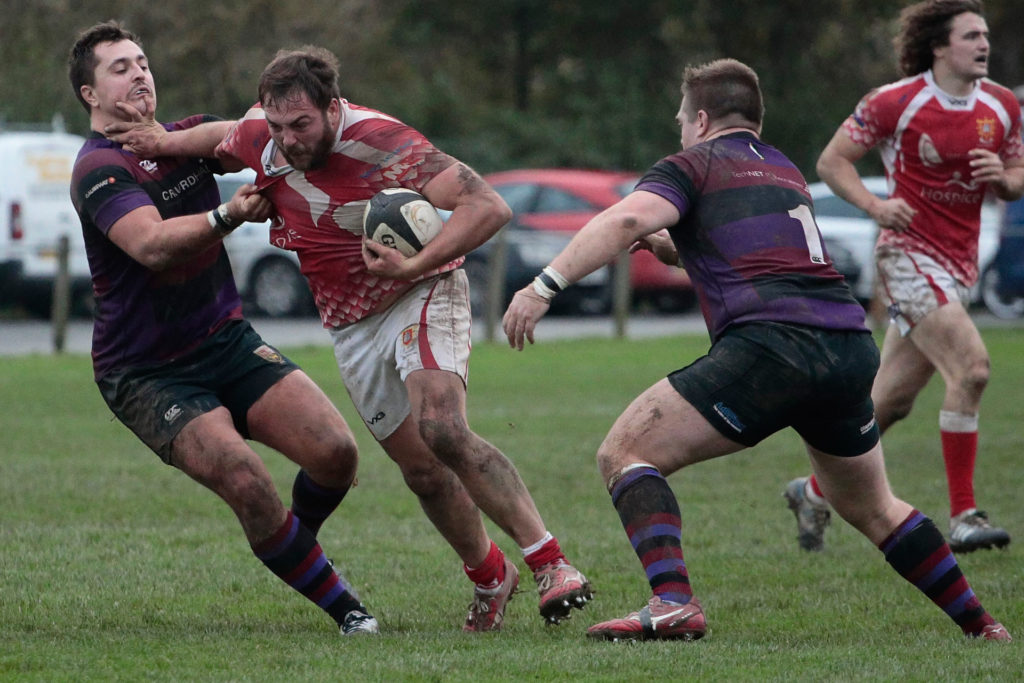 As for today it’s a trip to Berkshire and a chance to scupper Maidenheads assault on the no.1 spot and reduce the season to a two horse race although that will be a much more difficult task than that sentence has lead you to believe. The Chiefs will be playing on yet another artificial pitch and they are currently 0-2 on these pitches this season losing at both Exeter and Ivybridge, albeit in some of the worst weather you can imagine, so there is that to deal with and this corresponding fixture last season Maidenhead totally destroyed the Chiefs 45-10. They also have a pack who dominated up front during the game at Pottington Road earlier this season and will be pretty fresh following a week off last Saturday, so there is that to contend with as well.

However Maidenhead have wobbled of late as the season enters its final stages, their last win was a 22-17 home win over Launceston back in mid-January and since then they lost at Newbury Blues 25-22 and just a fortnight ago lost at home to Okehampton 22-24. That by the way was only their second loss at home the other was also to Devon opposition when Ivybridge beat them 33-36 back in September. So like I said this will be a tough game but weather permitting I think a really cracking game of rugby and one that if the Chiefs can keep tight and dictate the flow of they will get something out of it, whether that will be the win or even a bonus point or two, either way it will be a massive test for the Chiefs and one I know they will relish. 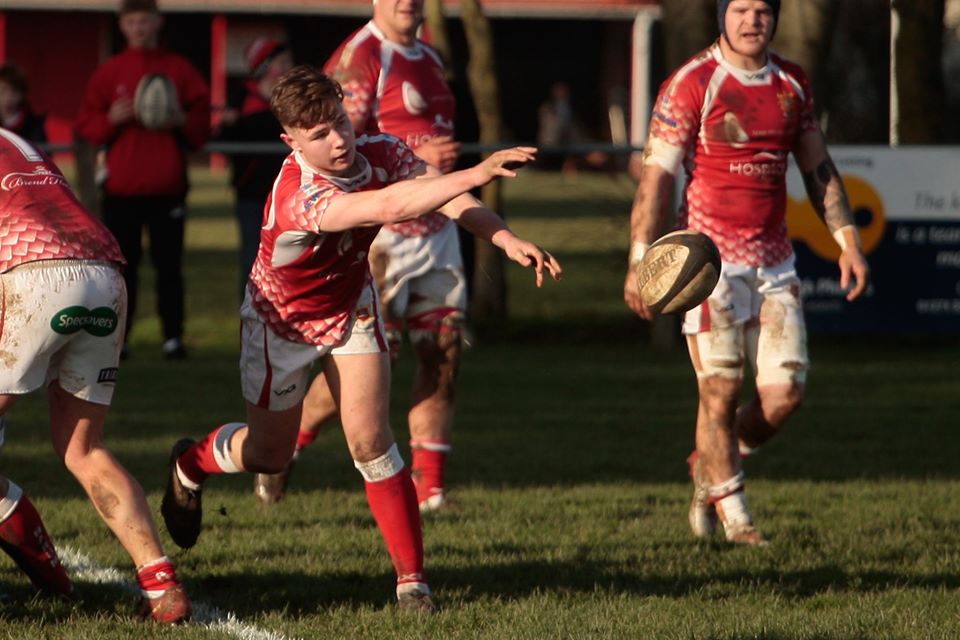 To that end here is the team to face maidenhead today again has some changes with the return of George Snell but unfortunately both Martinas and Starkey appear unavailable so Josh Davie following his first try for the Chiefs last Saturday starts at hooker. Also missing is Haydn Lidstone who along with Josh Davies started for the Exeter Chiefs Outreach Side in a friendly against the Royal Navy on Wednesday night. However there is the welcome return of Dylan Gosling, George Casey and Mike Peek who makes I think his first appearance for the Chiefs this season, here then is today’s squad.

Next week is a well-deserved rest for the Chiefs before they get stuck in to the last three games of the season and first up will be Newbury Blues at Pottington Road and please note that kick off will be 2.30pm from now on as the days are now finally lengthening and spring is frightfully close. Then it’s away to Okehampton and our final Devon derby to hopefully book a finalists place and to round it off Weston Super-Mare on April 4th to end the season with a home game.

Elsewhere in the league Newbury’s loss to Okehampton last weekend did not help their predicament especially with Bracknell’s unexpected hammering of Ivybridge 43-18 and now find themselves just one point from the foot of the table. Today they welcome Weston Super-Mare and will surely be looking to add another top teams scalp to the others they have already collected at home this season although whether they still have the fight within them is another matter this close to the finish.

A big deciding Devon derby is on the cards today as Ivybridge play host to Brixham in a must win game for them if they want to feature in the final. If Brixham wins this one then it guarantees that Barnstaple will be one of the finalists and depending on whether Brixham grab a bonus point as well then it will be just the venue to fight for.

There is a vital bottom of the table clash between Launceston and Bracknell who must have been buoyed by the destruction of Ivybridge, although visiting the Cornish All Blacks in the second half of this season will prove a much sterner test than that home win. Exmouth will need to pull the proverbial rabbit out of the hat if they wish to survive this season as they prepare to face a visiting Camborne who had a crushing victory at home over Exeter Uni 36-5 and will be in confident mood as they have so far this season won two and drawn one on visits to Devon clubs, while Exmouth have lost both their games since their last win back at the end of January.
Finally Exeter Uni will look to heal those wounds of last week as they take on a Drybrook side that have only won once on the road this season and that was back in October.

That about wraps it up for another week both the Colts and Athletic’s games were cancelled last weekend so no update there for you and Athletic’s game today at Pottington Road against Newton Abbot has also been postponed. As for the Colts they were due to visit Exeter to play the Saracens in a league game and as far as I know the game is still on.

Good luck to the Chiefs and Colts and don’t forget folks that all games at Pottington Road will now kick off at 2.30pm starting with the Chiefs match against Newbury Blues on March 21st.