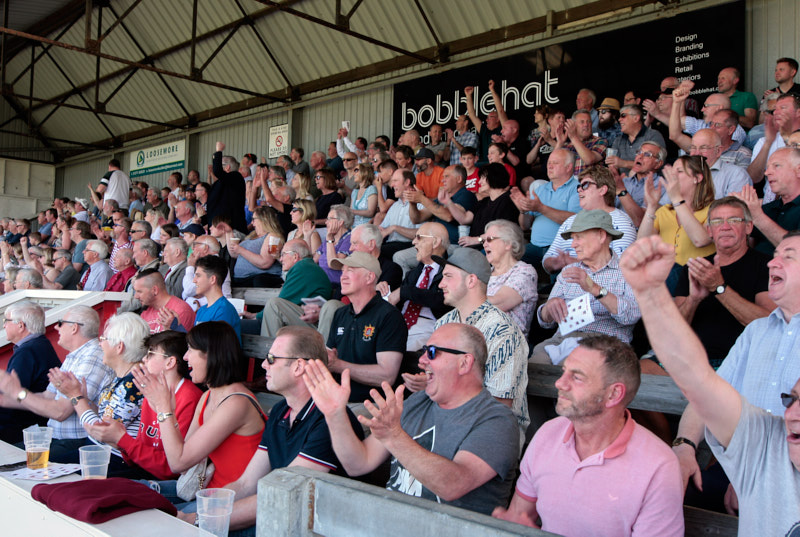 Evening everyone and sorry for the delay but I was waiting for the names for some of the other awards but we finally got there. Thanks to Verity White for reminding me we hadn’t done the supporters vote because of the way the season ended and for suggesting an online vote which worked out pretty well I reckon. So here we are finally  with the end of season awards and what a fantastic year it has been. I don’t know about you but I certainly struggled this year with who to pick. Usually there is several contenders but this season everyone seemed to step up making it so much harder than before. What impressed me most this season was how as a unit the Chiefs defended so well conceding just 316 points the best in the league and their points difference was more than double their nearest rival, Weston Super-mare. The opposition really did have to earn their points, as it should be. 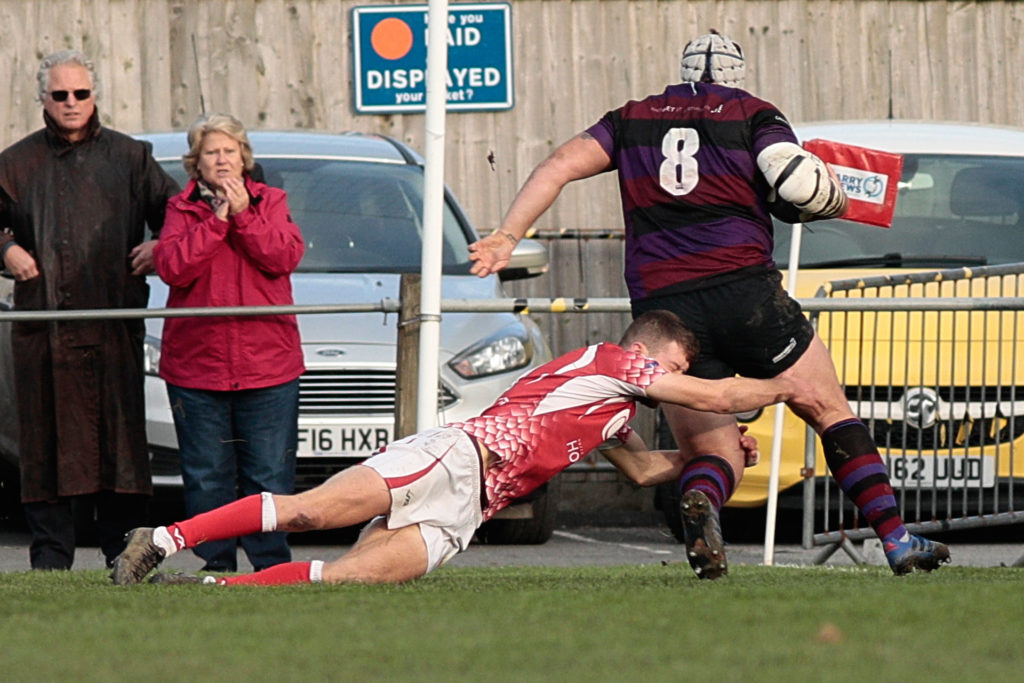 I know every one of you will have your favourite moments or games, mine was against Maidenhead when they thought they could send their massive No8 to smash his way past Ryan Lee on the wing and when he did get the ball just 5 yards out Ryan showed how technique defeats brute strength any day of the week with a perfect tackle around the legs to bring the giant crashing down just 2 yards short of the try. It would be great to know your favourite moments this season either in the comments section or on facebook, it’ll at least pass the time while we wait for when rugby can begin again at least.

And now to the awards and we start with the Colts who had a phenomenal season winning the Devon Colts Merit Table NE. Several Colts were also called up for the Devon Colts, they were Ben Jago, Tom Chapman, Brandon Moore, Euan Kent, Jamie Mclagan and our two Fijian guests that joined the Colts from West Buckland School, Toua Afivorosi and Josh Nalevea

I’ll now hand you over to Head Coach Lewis Joce to announce the awards.

Most improved player goes to Warren Goss. Warren was a player who would just get on with his job in the team, as the season progressed Warren turned into the king of turnovers and has certainly set the bar high for up and coming colts. Congratulations Warren.

1st year colt goes to Tom Chapman. The reason being is because he is the king of kick-offs, from a kick-off he is most likely to win the ball or to put pressure on the opposition which immediately gets you moving forward. Also for such a young player he has a great understanding of the game, a great ball carrier and made such an impression for a first year colt. Congratulations Tom

Players player goes to Tyler Gordon-Oke. This award is a highly sort after between the players. Tyler has been one of the principal players of our season, he has a very mature Rugby brain. He has put the team in some great positions from his boot both on and off the T. Congratulations Tyler.

The Martin Donley Award goes to Ben Jago. Ben is a top lad, his attitude both on and off the pitch towards his team is second to none. This has earnt him an early place in the senior squad this year. Congratulations Ben!

Steve Ettery Award goes to Callum Morgan. Callum has been awarded this because he has become a player in our team that has cemented himself in the center, his attack is top class and his defence is second to none. He has been tried on the wings to make use of his pace, he accepted all challenges thrown at him. A real upcoming diverse player. Congratulations Callum.

Next up is Barnstaple Athletic who also had a fabulous season and were on course to grab that Merit Table 1 title in a tight race with Exmouth when the season ended abruptly and the Tic’s were again scuppered.

I just want to give a massive shout out to the boys that have been involved with the second team this year, and for josh hill for being a loyal supporter home and away. For me it’s been a hugely positive season with a lot to take away. We finished with the best scoring record with 694 points, having the best defensive record only conceding 152, scoring the most try bonus points 13 and finishing the season 13 points clear top of the league, so it’s been an outstanding season and probably the best season the second team have had. If it was down to the clubs to decide we would have been walking away with the trophy as deserved winners however the league works slightly differently so congratulations to Exmouth on the title. It’s been an awesome journey from pre-season to now with the best bunch of lads I have worked with, and one I’ll never forget.

Huge thank you to Fred Jeffries who is a huge asset to the club and I know without him things wouldn’t have got done through the year. You’ve been a hero Fred and from me and all the boys thank you!

Another thank you goes to the young colts who stepped up to play senior rugby, Brandon Moore, Jamie Mcglagan, Callum Morgan, Ben Jago, Connor Swann and Euan Kent. They came in with some tough games and never looked out of place and earned a lot of respect from the boys so a massive well done and thank you to those boys who I’m sure will have a bright future at the club.

Hannah hole has been a Saint as well helping out with the with paperwork and off field chores so thank you for that, massively appreciated.

I hope the boys manage to Keep the standards we have set this season and live up to the expectations we have given ourselves and push on and bring the trophy back to Pottington road. I had the best journey and experiences of my life getting promoted with Barnstaple when we beat Tonbridge away and something I’ll never forget so I know what it means for the boys going up again and winning the league this time is outstanding so a massive well done to them and to Bryn and pat as well! I hope they maintain their position in that league where they belong! 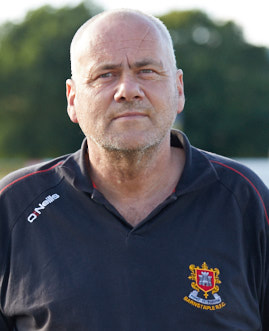 The Alan East award has gone to Fred Jefferies who will be there come rain or shine doing all the jobs everyone avoids and is committed to the Tic’s cause.

And now folks what you have been waiting for and if you scrolled down to find out early who won that is bang out of order and I claim my pint of Tribute. But before we get to the supporters player of the year there are a few awards to go through beforehand. So in no particular order.

The President’s player of the Season:  Dylan gosling

The Kevin Squires players player of the season: This award is still undergoing voting so we won’t know this one for another week yet but any 1st team players who havn’t voted yet hurry up and let Bryn or Winston know your choice

The Chris French forward of the year:  Matt Gohl

The Andy Gubb player of the year:  George Snell

Here it is the big one and what a close run vote it was with the young guns doing great. There was 245 votes cast in our first ever online poll for the supporters vote so look out for some more of these when next season begins. Now with that said, yes I know it’s going to be an anti-climax, here are the results, in third place was Hayden Lidstone, second place went to Dylan Gosling but in First place the Supporters Player of the Season goes to Will Topps 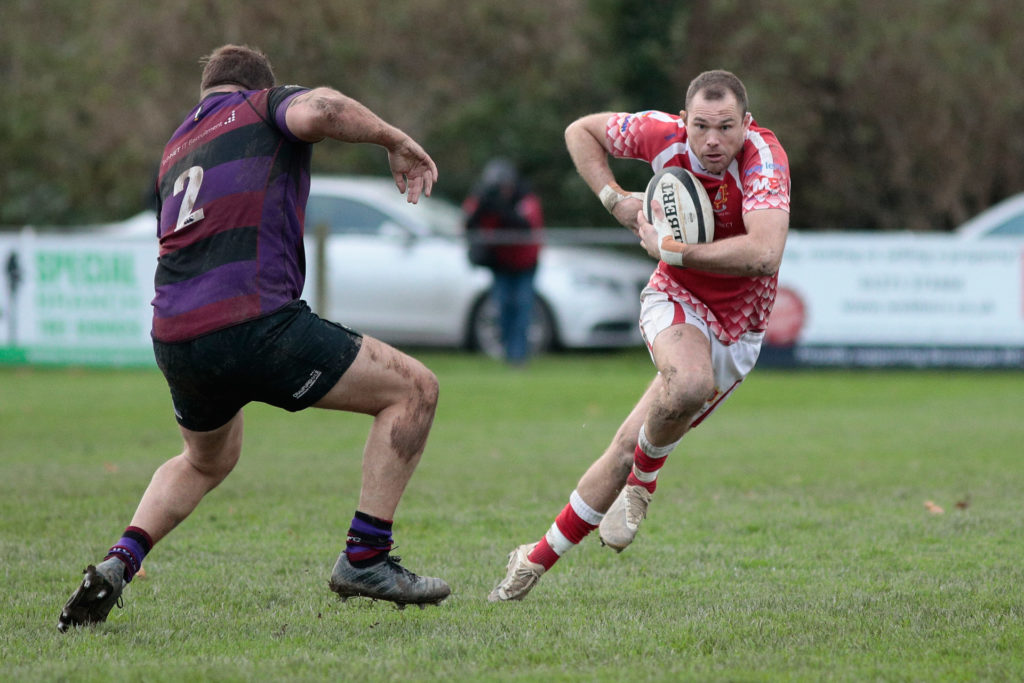 The Supporters Player of the Season for 2019/20 is Will Topps.

Congratulations to Will and everyone else involved with the Chiefs this season and we hope to have just as much fun next season. There is still the John Innes Clubman of the Year award to be voted on by the committee so look out for that result next week, until then be safe.