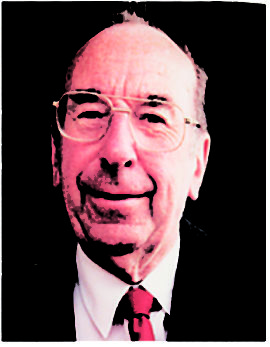 It is with great sadness that I, on behalf of Barnstaple Rugby Football Club, have to inform you of the passing of the Clubs Patron, Mr Keith Abraham, on Saturday 7th November.

Keith was a fine gentleman who will be greatly missed by all those who he came into contact with in the course of his support for the local community.

Keith Abraham’s connection with Barnstaple RFC dates back to 1972 when the Club went on a rugby tour to Deauville which was adjacent to our then twin town Trouville-sur-Mer. Keith had been greatly involved in setting up the twinning arrangement so he felt it his duty to go along! That was the start of Keith’s long involvement with the Club.

Since the early 1970’s the Club’s future at Pottington Road (its home since the 1921) was under threat from the then proposed Barnstaple By-Pass where the plans indicated it would take some of the land used as pitches. This meant that the Club was unable to obtain any substantial funding from the national organisations as long leases on the grounds could not be obtained.

The Club had been negotiating a lease with North Devon Council since 1991, this being required to obtain funding from the National Lottery. Keith had been closely involved in those negotiations. Keith and his wife Freda had set up the Keith and Freda Abraham Charitable Trust in 1983 with the aim of supporting local charities and projects of direct benefit to North Devon.

In 1997 the future of the Club at Pottington Road was assured when North Devon Council, landlords of the ground, granted a lease of 125 years to the Keith and Freda Abraham Charitable Trust (which Keith and his wife Freda had set up in 1983 with the aim of supporting local charities and projects of direct benefit to North Devon) at a premium paid by the Trust. In turn the Trust granted the Club a lease for a similar term at low rent. The Council also agreed to grant the Club an option in respect of other land should there be difficulties. This meant a bid for lottery funding could now be pursued for the redevelopment of the Club and grounds. In recognition of this Keith Abraham was elected as Patron to the Club, a position he has held to date with great pride.

In 1998 the club realised that it would not be in position to match fund the substantial redevelopment submitted to England Sports Council so the refurbishment of the existing clubhouse and changing rooms, together with an infill building between the grandstand and clubhouse, was put forward. Thanks to a considerable donation from the Keith and Freda Abraham Charitable Trust, as well as others, the requisite funding was met.

In 2004 work started on the Barnstaple downstream bridge which meant that the three reserve pitches, on lease from Devon County Council, were surrendered to the project. However, the cricket club had submitted a bid to the National Lottery as they were looking to vacate their pitch at Pottington. That area would be suitable for additional rugby pitches so, following another major contribution from the Keith and Freda Abraham Charitable Trust, the lease of the former cricket pitch was obtained which was in line with the lease for the main rugby pitch and grandstand. This ensured that the club would continue to occupy Pottington site for more than another century. In conjunction with this funding the Trust also paid for the infill building which is now known as The Patron Suite.

It would be fair to say that, without the substantial financial contribution Keith made to the refurbishment of the existing and provision of new buildings together with the security of tenure, Barnstaple RFC and the local community would not be in the position where it is today. The clubhouse is now used during the week to enhance the health and wellbeing of community at large where such organisations as the NHS have various sessions. Also, Keith has a vested interest in the Barnstaple Pilot Gig Club and Barnstaple Boxing Club. Both of those Clubs use Barnstaple Rugby Club for fundraising activities so his valued contribution to the Rugby Club is shared with some of his many other local benefactrices.

I consider it an honour and a privilege that Keith considered me to be one of his friends.