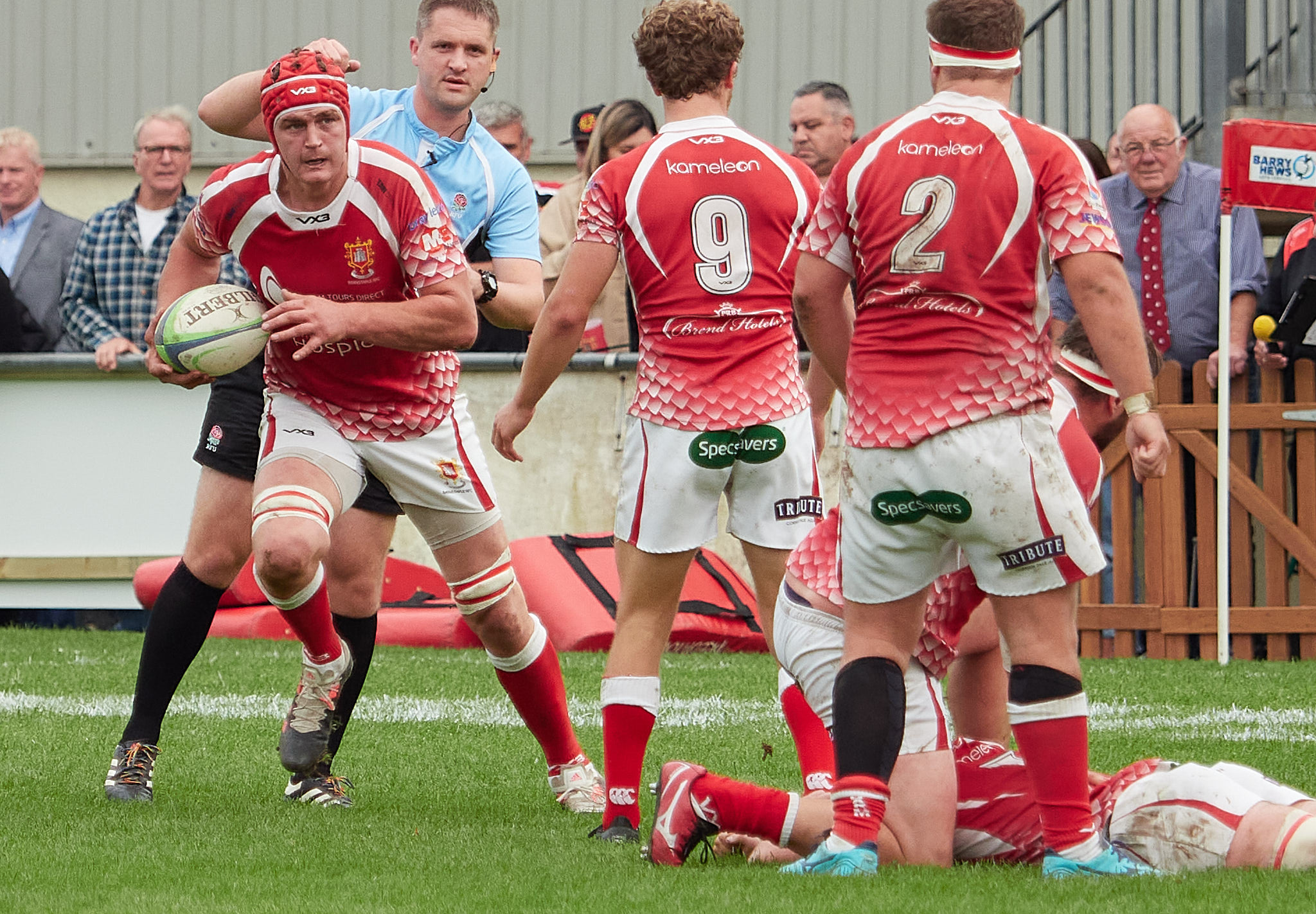 Evening everyone and another tough test way from home for the Chiefs, who am I kidding they’re all tough tests on the road but this one is the toughest yet as the Chiefs travel to the West Sussex seaside town of Worthing, a venue I really fancied going to this season but unfortunately couldn’t get the time off, next year maybe providing they aren’t promoted and the way they are performing in their centenary year they might just make it to National 1, we will see. Anyway I digress and for the eagle eyed amongst you I also ducked out of doing a match report last weekend and I do apologise but it was a weekend of celebrating for me and by the time I recovered it was Wednesday so I though hell why not just combine the two into today’s blog.

So last Saturday was a disappointment for all concerned as Canterbury came to Pottington road full of fire for their game against the Chiefs and the start of the first half showed what a difficult game it was going to be for the home side as Canterbury dominated the first 20 minutes although only scoring the one converted try. The Chiefs did get some momentum for the final 20 of the half and pressed the visitor’s defence resulting in several penalties of which the maul was successful in driving over Nat Bayet for the Chiefs to level the game and a penalty each left both sides tied 10-10 at the half way mark. 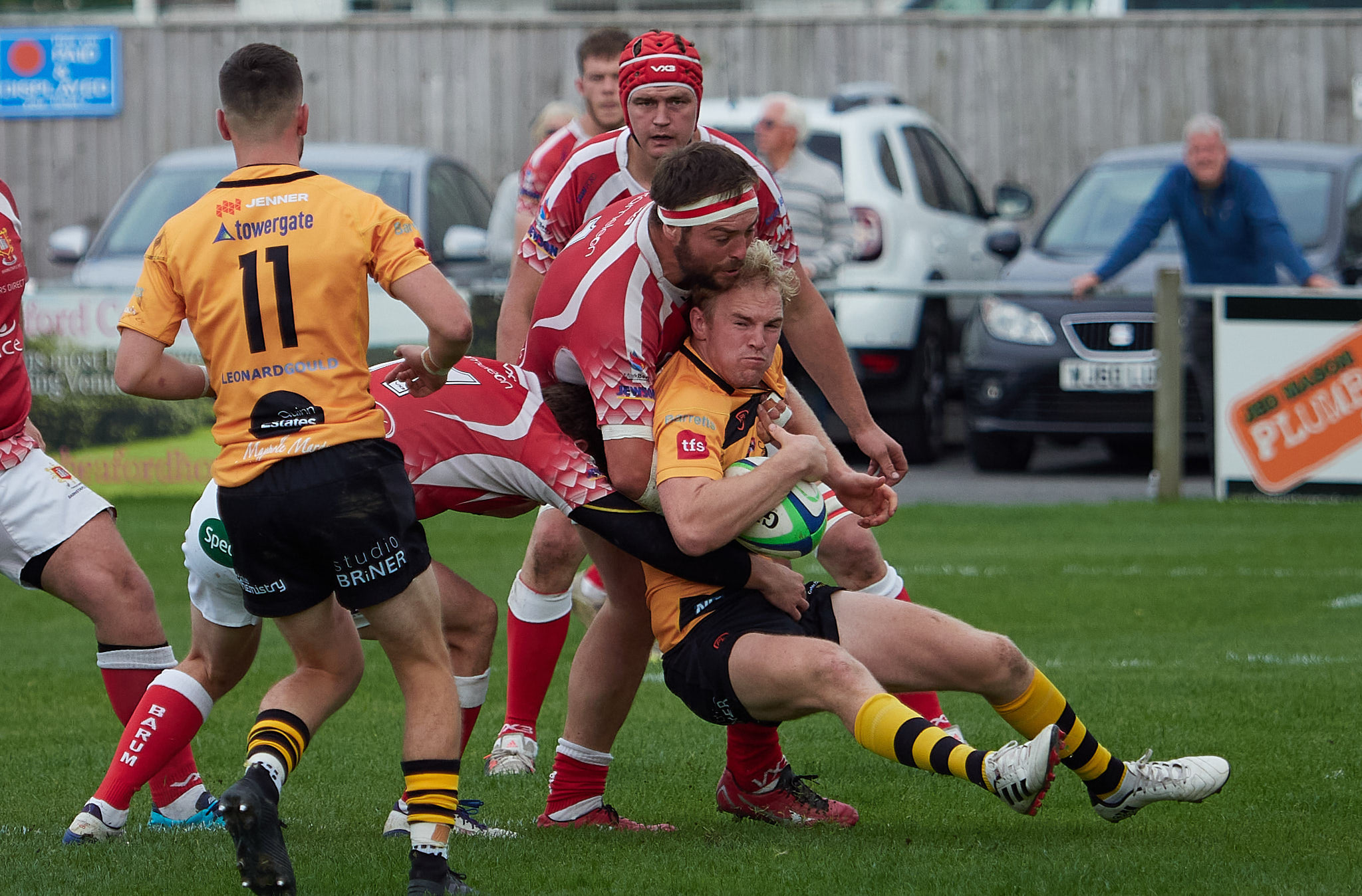 The second half though was mostly dominated by Canterbury who scored within the first five minutes to retake the lead 10-15 and pressed the Chiefs consistently for most of the half. It is a testament to the Chiefs defence that Canterbury found it difficult to break through for more points but even so whenever Barnstaple did have possession they were so deep as to have to kick it clear handing over possession or an unforced error stopped any ability to get significant momentum into the game and really press the visitors. I can only recall two occasions where the Chiefs threatened Canterbury’s 22, which got the crowd chanting in full voice, but failed to make any significant impact despite the visitors committing a number of penalties in keeping the Chiefs at bay, yet even these were never fully capitalised on. This was more evident in the last 10 minutes where Barnstaple did worry Canterbury but failed to capitalise on that pressure and in the last minute with the Chiefs desperate to get the ball back left gaps for Canterbury to exploit for their third try and deny the Chiefs a losing bonus point which their defence probably deserved. It must be mentioned here as well in how solid the Canterbury defence was to find gaps in and unlike against Guernsey where I thought we left points on the field, in this game we never really created enough moments to justify that same feeling.

And so here we are a week later and the league leaders to face on their home soil, there’s no respite is there. It must be remembered though that the team we faced last Saturday is currently the only side to have beaten Worthing, although I expect that just poked a stick at a wounded bear as since that defeat Worthing have won all three of their matches, two of which were on the road. So let’s not underestimate the task facing Barnstaple, this will be a hard game for the Chiefs and they will do well to get something from it and the team to try are below.

19. Alfie May
sponsored by DS Carpentry

Now for a brief roundup of the league and as usual we start with next week’s opponents Rochford Hundred who seemed to have found their feet in this league after an awful start to win two of their last three games and last week a late penalty sealed their first away win in National Two South as they narrowly beat Old Albanian 21-22. Today they look forward to welcoming Ding’s Crusaders to their home and this will be a seriously tough test for the Essex team as Ding’s have improved recently and came so close to beating the league leaders only to lose by just a couple of points 33-35.

Redruth will be looking for their 6th successive win as they travel to Westcliff following a thrashing of Clifton 49-12 scoring eight tries in the process and must fancy their chances today to continue their unbeaten run this season. As for Clifton they prepare to welcome Old Albanians to Bristol this afternoon with both teams licking their wounds and probably out to prove something to the rest of the teams in the league. Leicester Lions will be looking for their second away win as they travel to Canterbury with both team in buoyant mood after wins last week. The Lions in particular will be buzzing after putting 7 tries past Bury St. Edmunds winning 49-26.

Talking of big scores Hinckley beat Westcliff 66-5 to win their first game of the season but there must have been a lot of penalties in that score-line as they only managed 5 tries, today they are up against an Esher team who are stuttering after a big start having not won in their last three games and this might give Hinckley a chance of a second win however they will have to do it away from home soil. Having lost their opening game Guernsey are most certainly on a roll securing their 5th successive win and fourth on the road as they beat Barnes 19-26 last week and today look forward towards their 6th when they welcome Henley to the island. This does look like having the makings of a cracking game of rugby as Henley’s only loss was on opening day and both look likely to be top 6 contenders. Lastly Bury St. Edmunds welcome Barnes to their ground with both teams suffering defeats last week.

That’s it for National 2 South 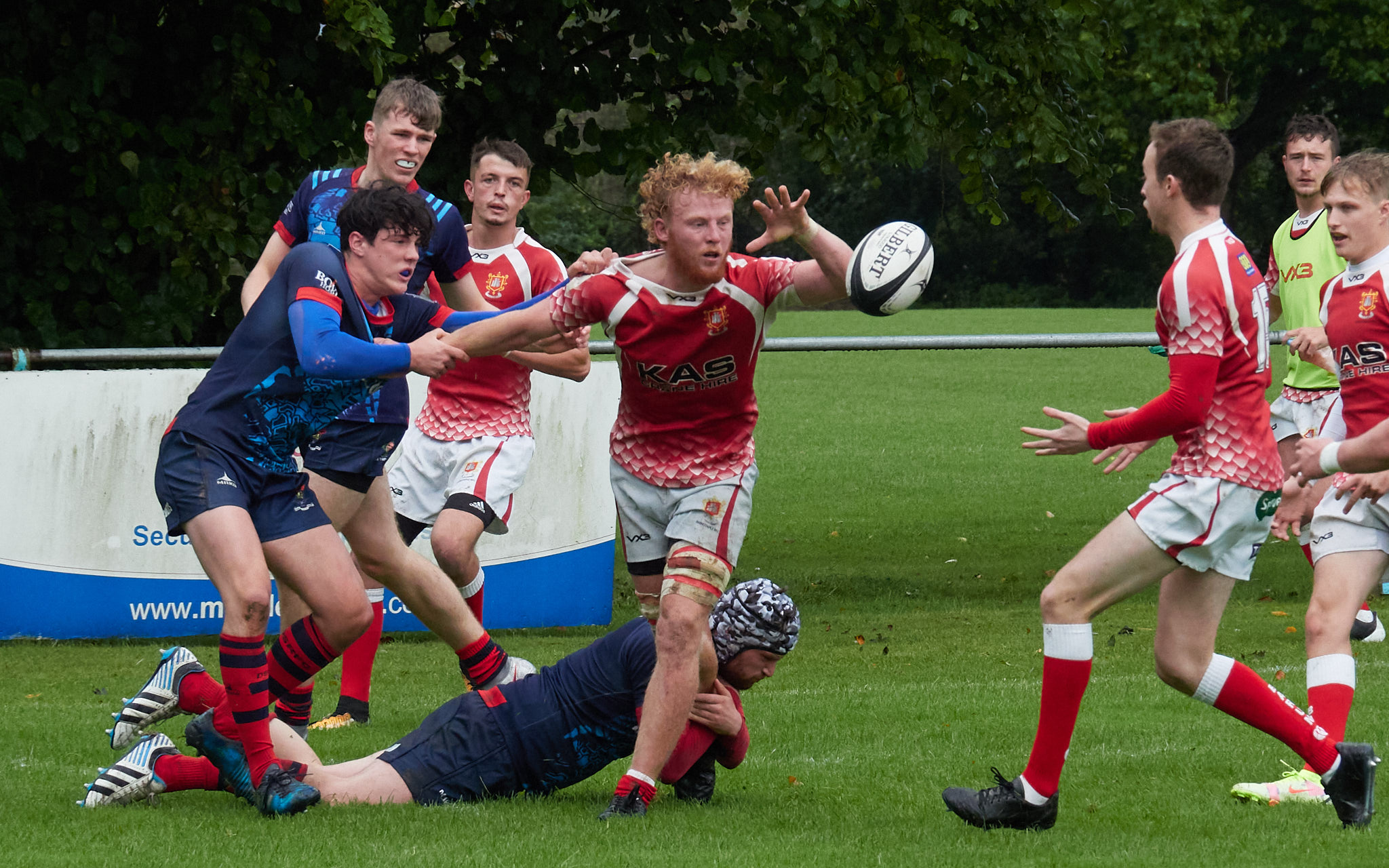 Barnstaple Athletic were on the road last weekend and had a fabulous win at Sidmouth beating the home side 52-5. With tries from Llewyn Jago (2), Tom Swales (2), Callum Ford, Ross Swales, Michael Peek and Ed Day and Tyler Gordon-Oke with 6 conversions, they continue to put pressure on league leaders Ivybridge just 6 points behind with a game in hand.

Today they welcome Paignton to Pottington Road, a side who have had two wins so far this season and are currently 4th in the table, so this promises to be a good game and definetly one to watch if you are free this afternoon and don’t forget athletics games are free entry.

The colts are back on the road today after a week’s rest and travel to Westbuckland which will be a big test for them.

That’s all she wrote as they say, good luck to the Chiefs, Athletic and Colts and I’ll see you all down at Pottington for the Tic’s game against Paignton.

DON’T FORGET THE CHIEFS ARE AT HOME NEXT SATURDAY AGAINST ROCHFORD HUNDRED KICK OFF 2.30pm