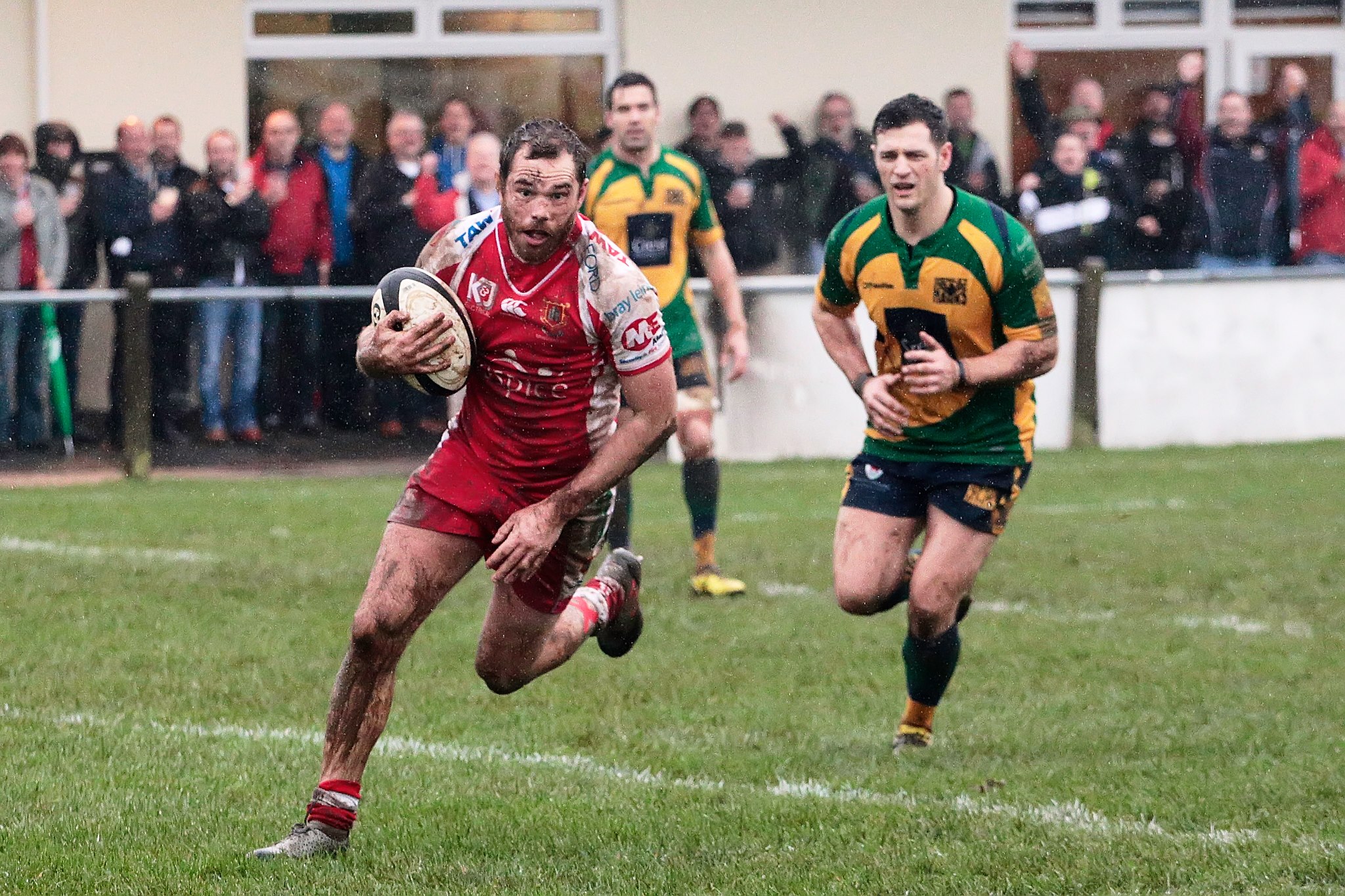 Welcome everyone to week thirteen of the season as the Chiefs welcome Henley hawks to our shores for another National league game. And what an exciting prospect of a game we have in store for you all.

Henley travel to North Devon today from the lofty heights of the Thames valley and as you will remember was the team that Sir Clive Woodward as their head coach first introduced his “flat ball” philosophy which changed much about how teams played the game. During his time there he pushed Henley Hawks into the National Leagues in 1994 where they have stayed ever since except for a couple of spells in what is now the RFU Championship, first promoted in 1999 as National 1 champions to the Allied Dunbar 2 (now the RFU Championship). and stayed for three seasons before relegation and again for a further 2 seasons in 2003/04. Since then the club have yo-yoed between National 1 and National 2 and have remained in this league since 2015. This is a team stepped in the modern era of Rugby’s history and looking on their performances are again looking do so with very high ambitions for this season and likely promotion. 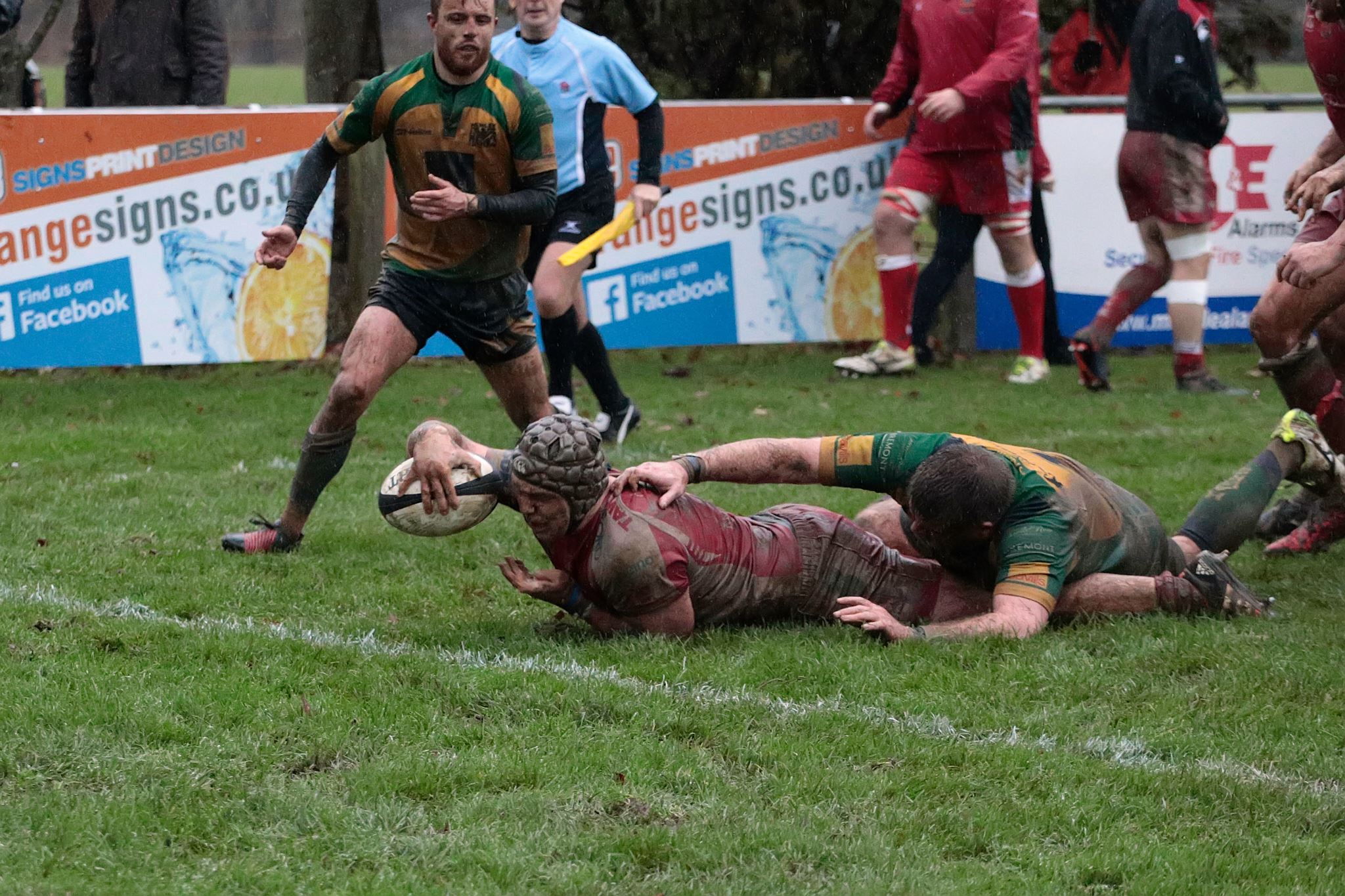 Henley’s fortunes have not been great in the past when they visited, on their previous two visits to Pottington Road they lost both games in 2016 it was 31-24, and if we get a cracker like that one whichever way it goes I think the fans will go home happy, and in 2018 an evn closer game 10-7 so these have always been tight exciting games but that was a different era for the club and todays Hawks are a much more ambitious team as results have shown with 8 wins from their last 10 games and in fifth place with that game in hand. So it will be a tough fight for the Chiefs and they will need every ounce of resolve to get something from this one, but as we have seen plenty of times before good teams bring the best out of the Chiefs when they are at home and this match has every possibility of doing just that. 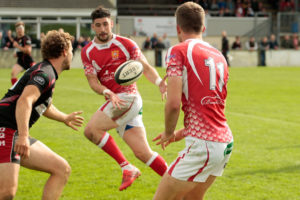 Congratulations to Jake Murphy today on his 100th appearance for the Chiefs as he leads out the team for today’s game with Henley Hawks. Jake Joined Barnstaple back in the 2016/17 season following an extensive period of playing National league rugby for the likes of Launceston and Plymouth Albion who he captained the season before joining the Chiefs and his experience at this level was vital for the newly promoted team back then.  During his time with the Chiefs Jake has become a highly valued and well respected member of Barnstaple Rugby Club from both players and supporters alike. Currently Jake has scored a total of 185 points mostly from his trusty right boot and is currently Barnstaple’s top points scorer on 69 points and is tenth in the league.

Jake will not however be in his familiar role at centre but a position he has played for the Chiefs at fly half. Sam Roberts fills his place while Kyran McManus completes the changes at the backs by taking up the full backs position which he has excelled at in the past as well. Up front no George Snell today as he misses his first game of the season but Martinas is back to break the gain line for us. Unfortunately Dan Lee did not make it through the fitness test and is unavailable today following his rib injury last weekend. Here then is the Chiefs line up for today.

14. Will Topps
Sponsored by Barricane Solutions

15.Kyran McManus
Sponsored by Tea by the Taw

16. Alfie May
sponsored by Harry’s Cafe

In the rest of the league Worthing managed to stop the rot with a brilliant win in Cornwall last week and will need to be at their best again as they meet another title challenger this time on home soil as the face visitors Clifton who are currently on a three game winning streak following their win against Canterbury. Guernsey welcome Old Albanians to their shores hoping their week break would have recharged the batteries enough to win this one.

Leicester Lions are on a strong winning streak following two closely fought wins recently to take their streak to 5 wins and will look to make it 6 when they face travelling Barnes to TMDP Park while Esher having had a rest last week will be ready to continue their winning ways when they travel to a Bury St. Edmunds side still struggling to find consistency in their game. Canterbury are hosting Westcliff knowing they have every chance of putting a stop to their 3 games losing run. Ding’s Crusaders without a win in November may struggle at home when they welcome Hinckley who have won all three of theirs including away wins at Henley and Worthing. Lastly Rochford have the unenviable task of facing at raging Redruth eager to wipe last week’s loss from their memory but home advantage may just give Rochford an edge. 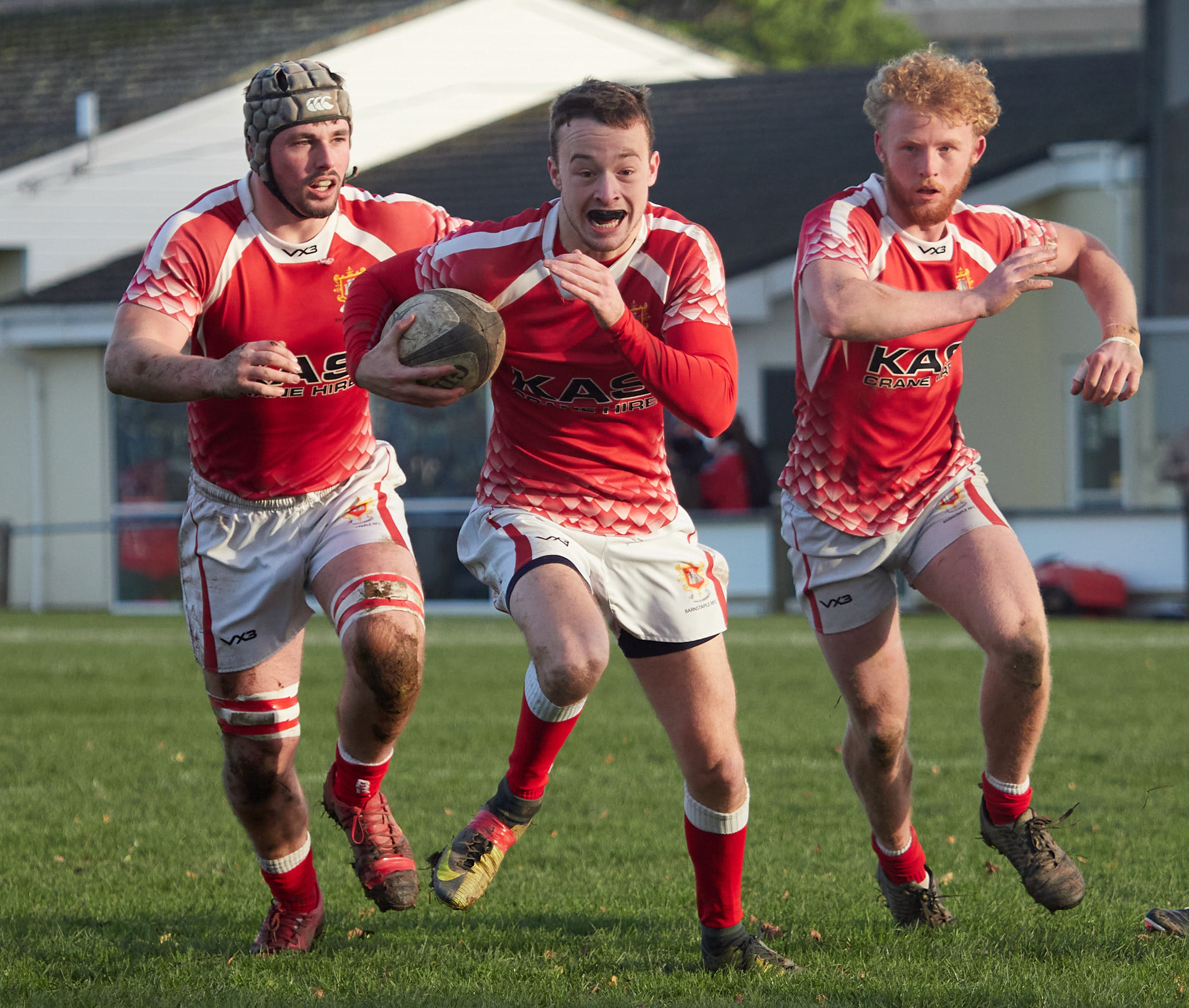 Barnstaple Athletic continue to swipe aside all-comers as they again came away with a clean sheet last week to add to the clean sheet they got the week before and now currently stand just 2 points from the league leaders Ivybridge with a game in hand. That’s three clean sheets.

So far so good for the young Tic’s and there are some very good players coming through, only problem for them is getting enough competitive games under their belt where the opposition pushes these youngsters hard. Last week Tiverton did just that in the first half and challenged the Tic’s defensive capabilities which the Tic’s come through with flying colours denying Tiverton any real scoring opportunities and leading 10-0 at half time. The second half Athletic came out all guns blazing and another 46 points were scored before the final whistle without reply, which must have made Coach Brad Drew smile.

Athletic are on their travels this weekend to Paignton and are again at Pottington Road to face Newton Abbot next Saturday the 11th, it’s free entry and we have seen some very entertaining rugby when the Tic’s play kick off is 2pm 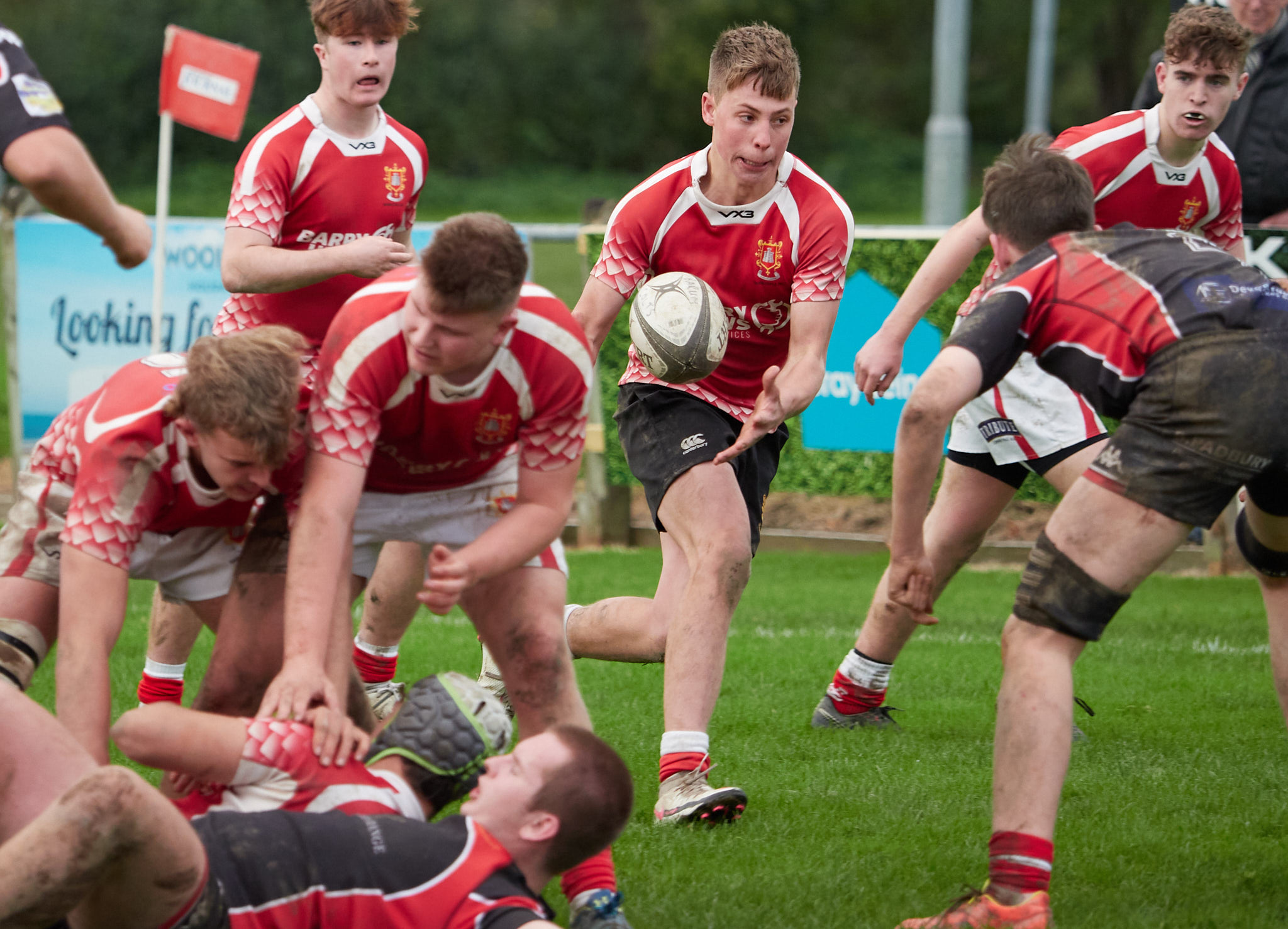 The Colts too have been improving game after game and despite losing 22-19 at Okehampton the other week their performance was heralded by their coaches as the best performance so far as the team started to gel and work much more as a unit. This was further progressed last week on the road as they beat Exeter Athletic 12-36.

The Colts play their final friendly at Pottington Road next weekend before the competitive part of their season begins in the new year as they also face their counter parts from Newton Abbot kick off is also 2pm.

Good luck to everyone playing today and don’t forget …