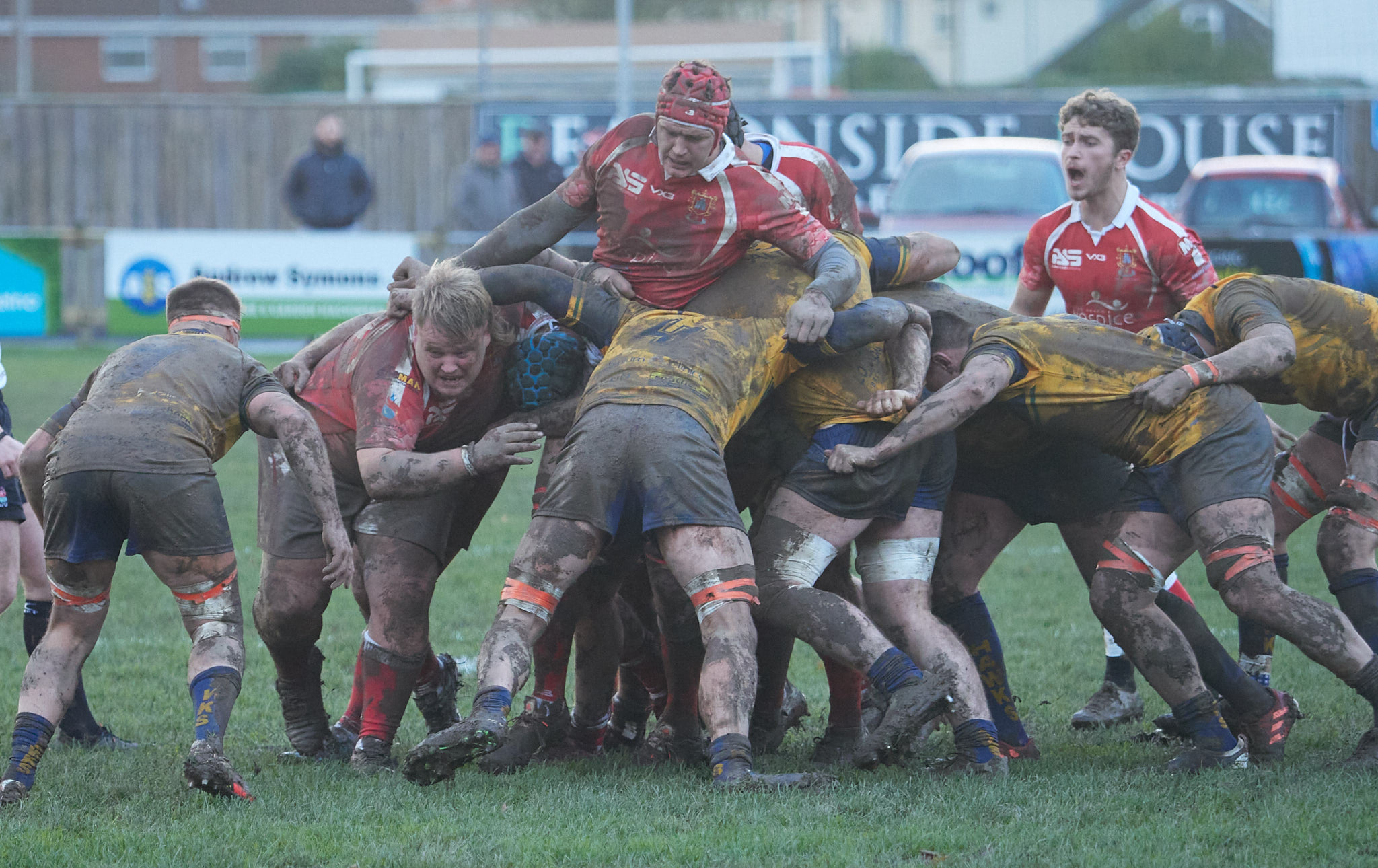 The final road trip for the Chiefs of 2021 as they travel up the M5 for a date with Hinckley in the Midlands. As for the Colts and Athletic they were both supposed to be playing at home against their counterparts from Newton Abbot, unfortunately Athletics’ match had to be called off, that’s the third so far this season, but the Colts is still on, so if you fancy some entertaining rugby please get yourselves down to the club to cheer the youngsters on, I promise you won’t be disappointed. For the Colts it’s their finally friendly before their competitive season starts in the New Year and those fixtures are up on the website. Kick off is 2pm and it’s free entry just your beer money required. Below is the Colts line-up for this game.

So the Chiefs went down to their fifth successive defeat at the hands of Henley but were never outplayed by the visitors. Not the result that Jake Murphy would have wanted on his 100th appearance for Barnstaple but with hail raining down just prior to the game and ice cold winds off the Taw this was always going to be a match where the defences would dominate and attacking rugby was going to be difficult to say the least.

And so the first thirty minutes showed where neither team were able to maintain any kind of sustained attack as unforced errors and penalties stalled any progress. It was Henley who produced the first real period of pressure when briefly camped inside Barnstaple’s half following several penalties that gave them a 5 meter lineout driven over for the first score. The Chiefs immediately hit back with their own period of sustained attacking over the next ten minutes without reward as Henley’s defence held firm but unable to wrestle the ball away from the Chiefs firm grip until a fumble by the Chiefs gave a grateful Henley player the ball with 40-50 meters of green grass between him and the try line right on the stroke of half time.

The second half was pretty much the same story with both sides unable to unlock the others defence. But two yellows for the Chiefs in separate incidents gave Henley the advantage they needed in terms of numbers to stretch the Chiefs which they did so scoring a try in each penalty period. Barnstaple did finally breakthrough for a try by Sam Roberts between these yellows when a quickly taken free kick by Josh Pilkington put the centre through for a nicely taken try but at the final whistle it was Henley who took the honours 5-26. 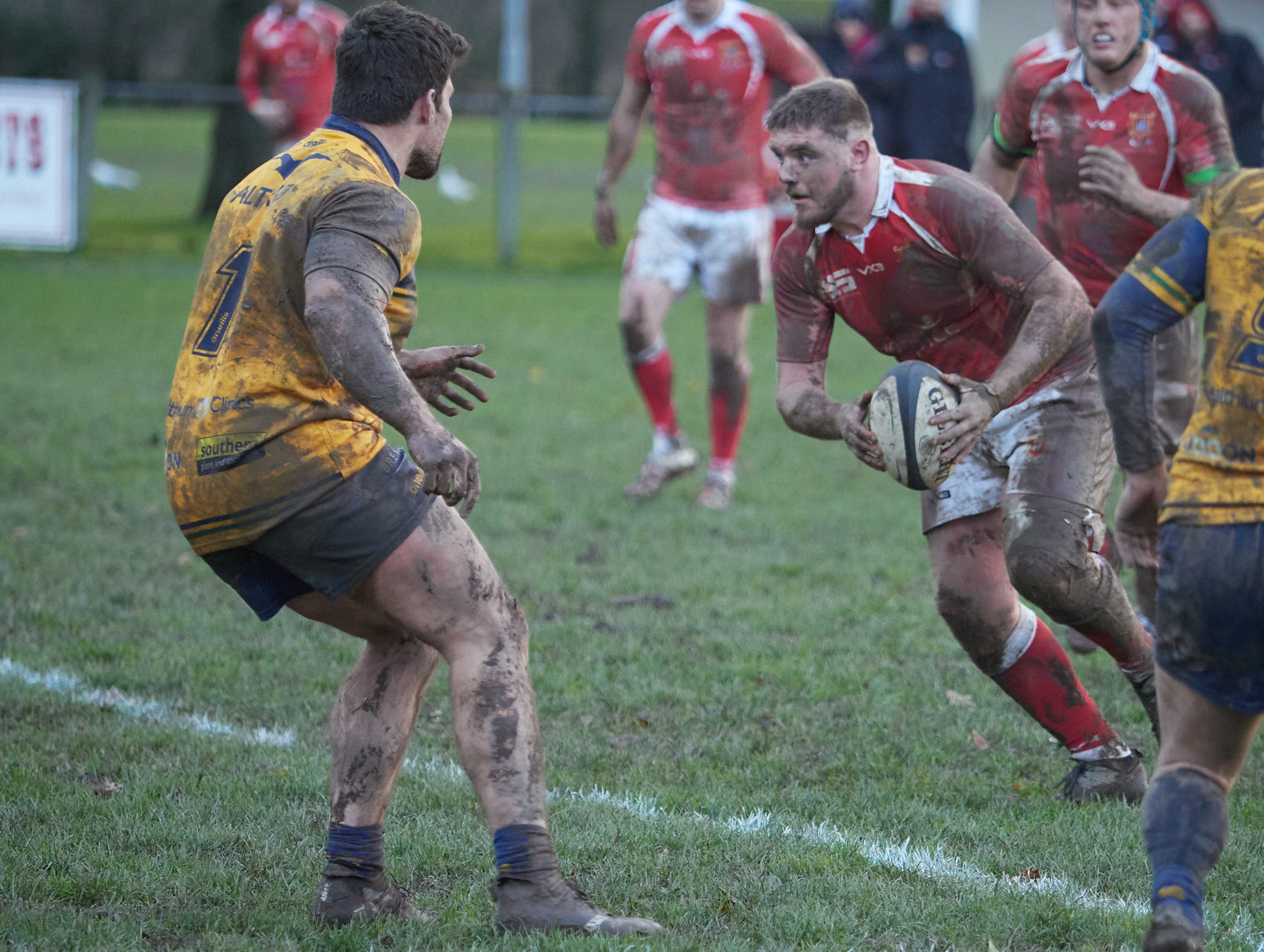 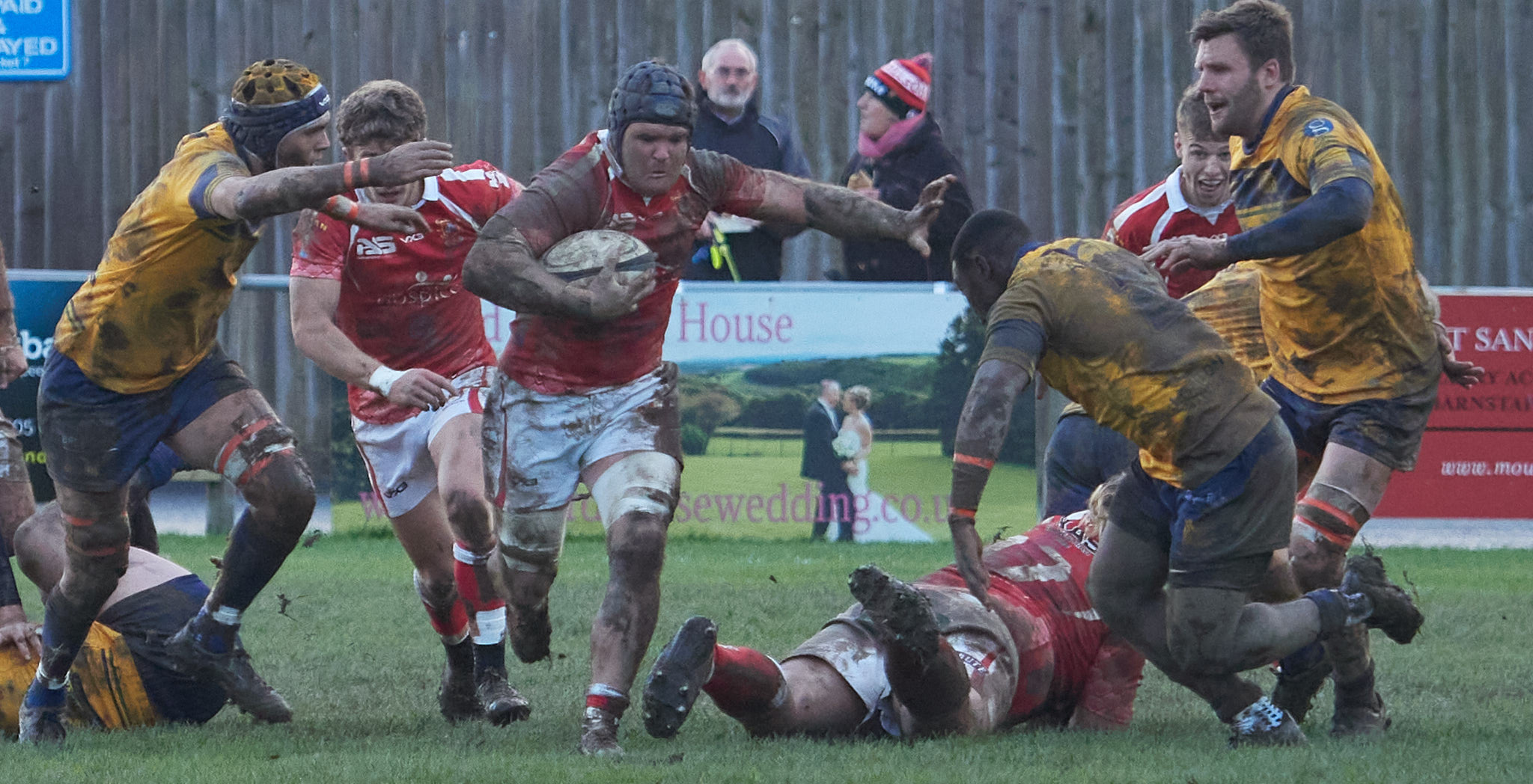 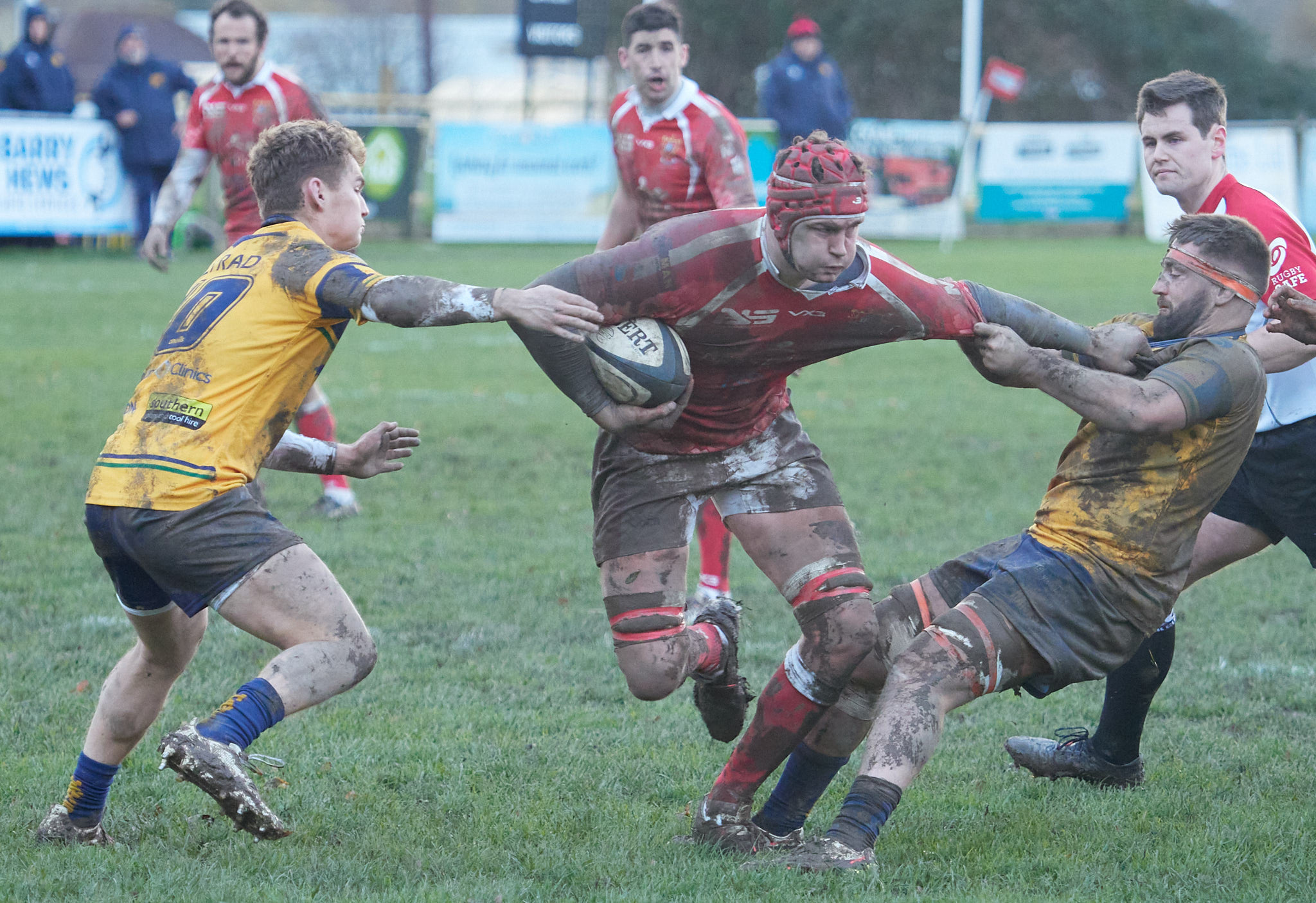 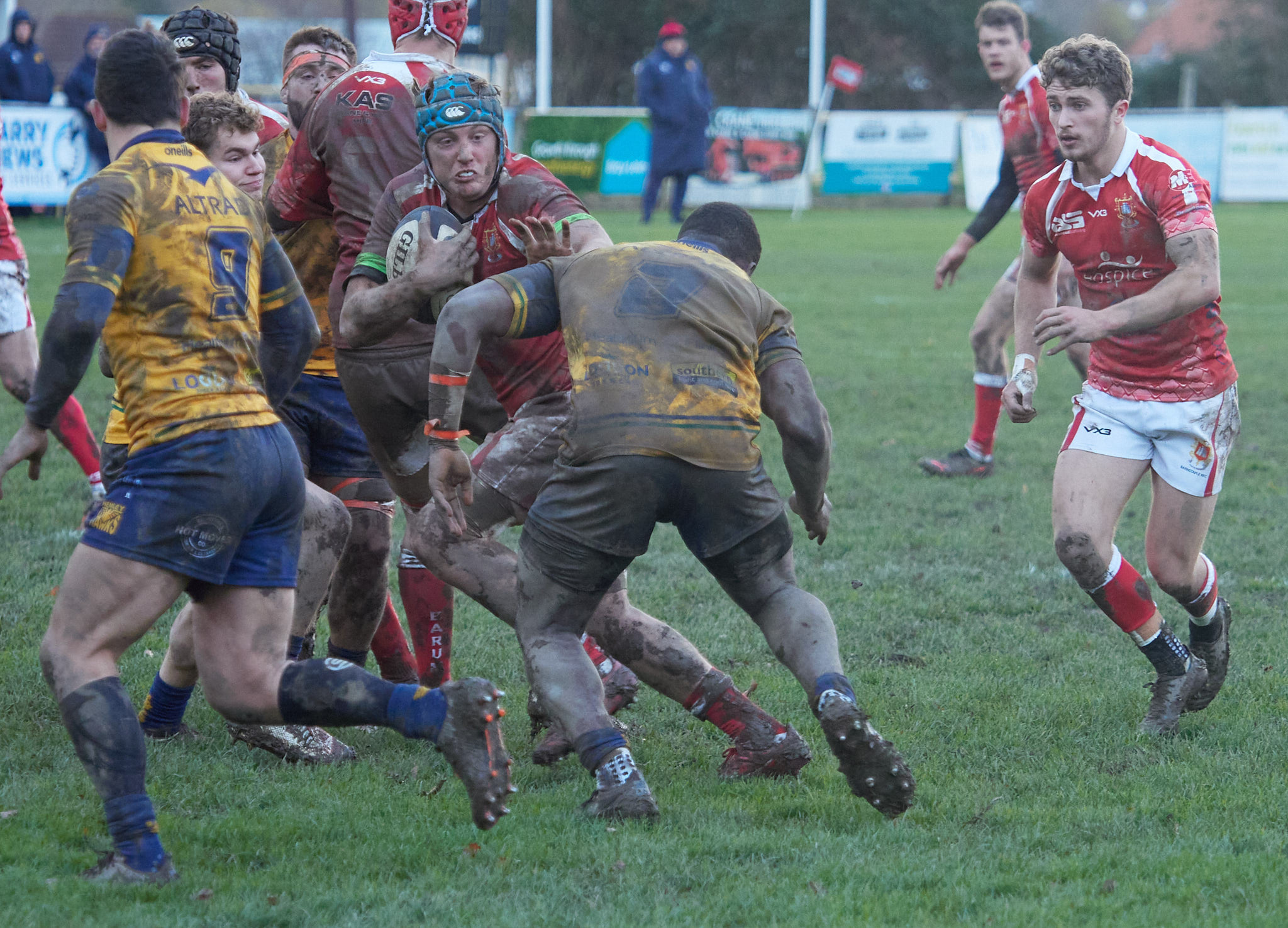 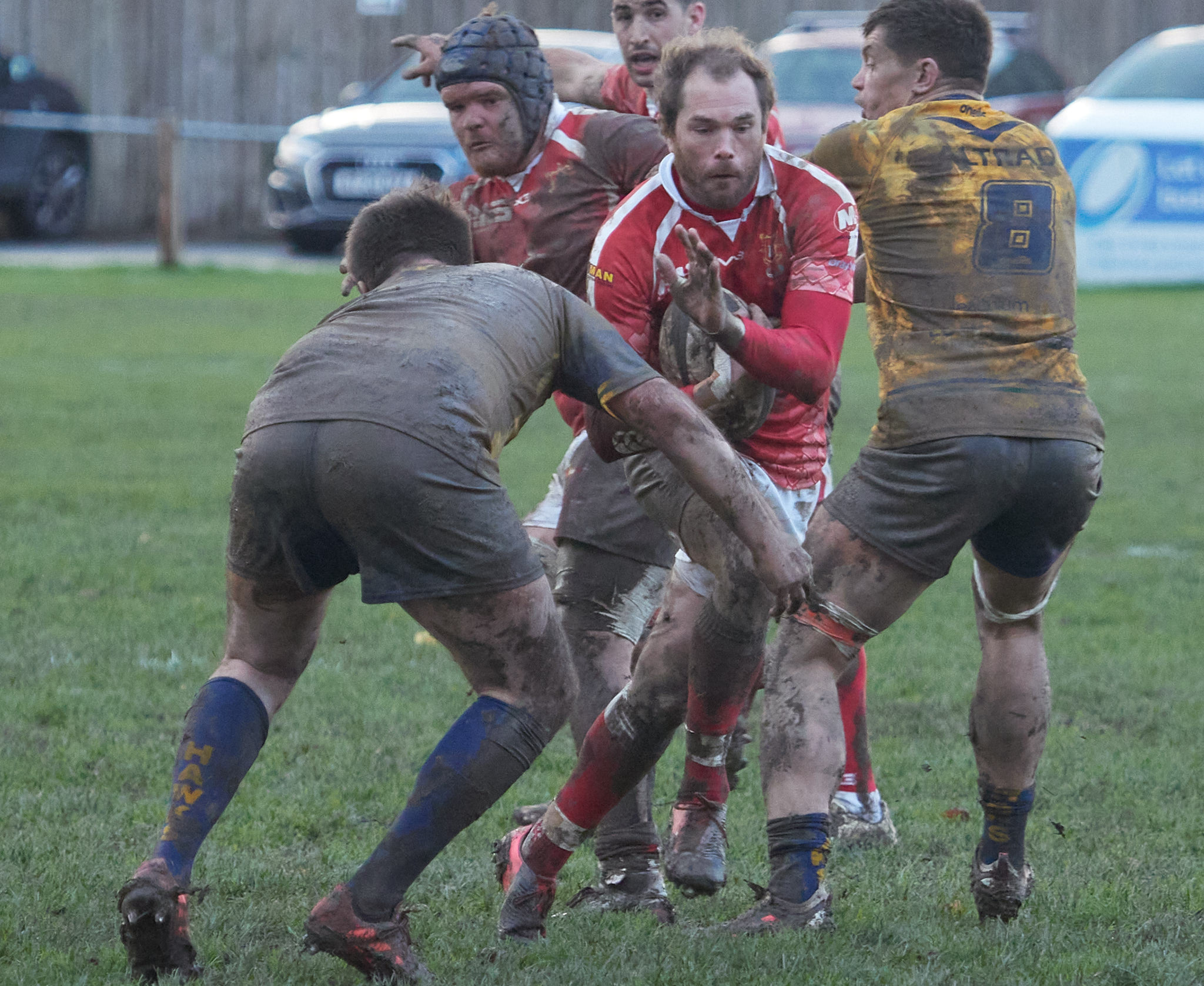 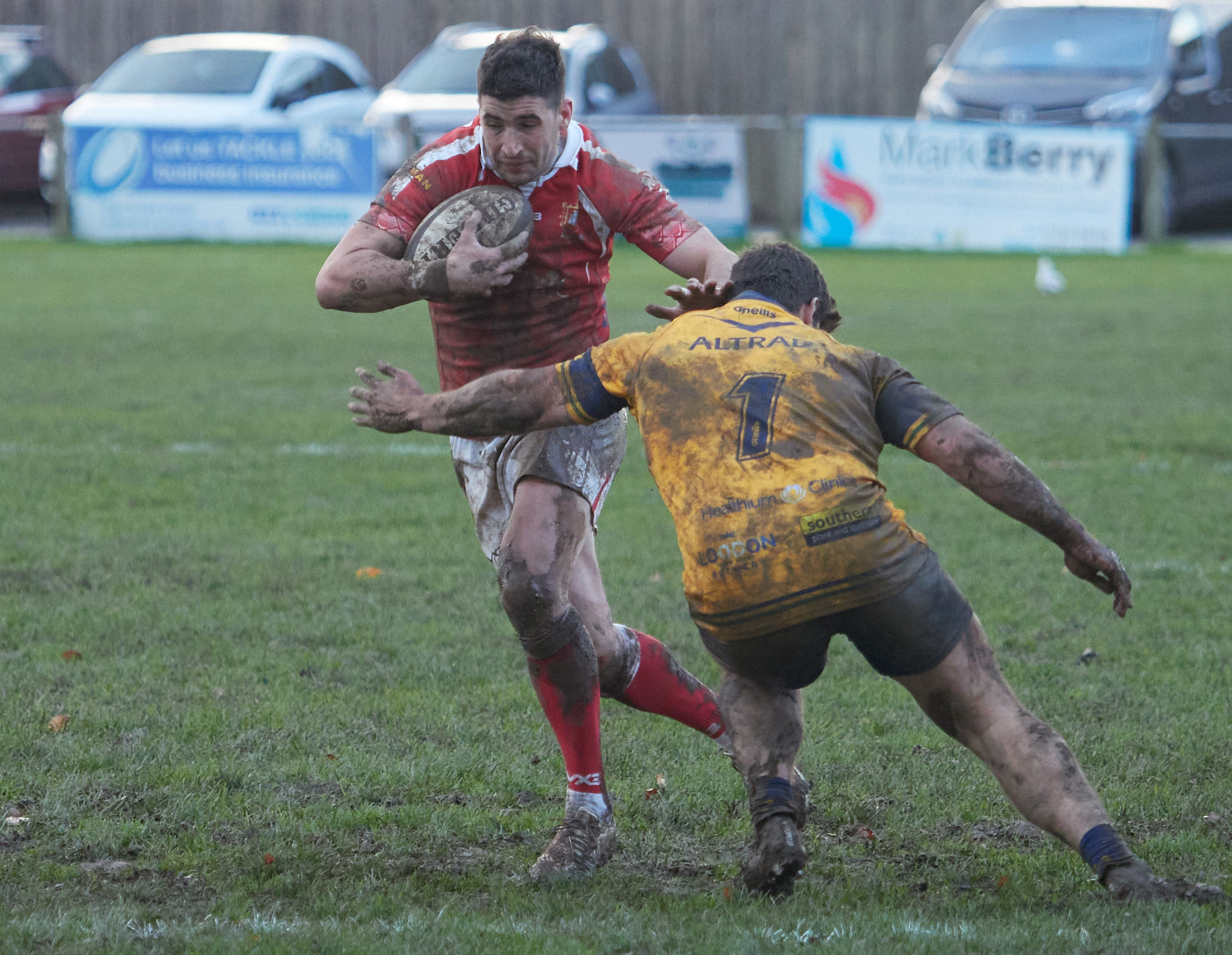 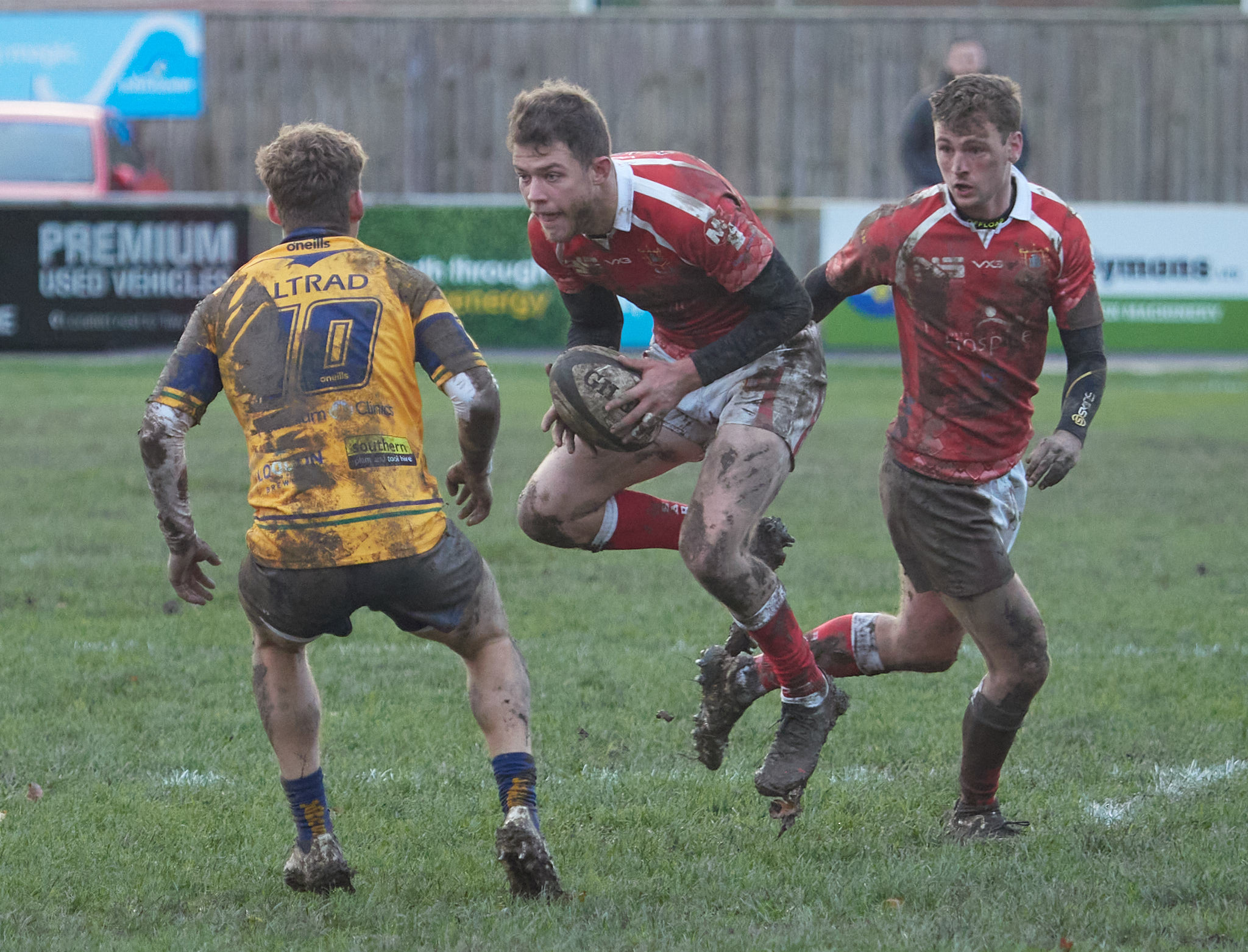 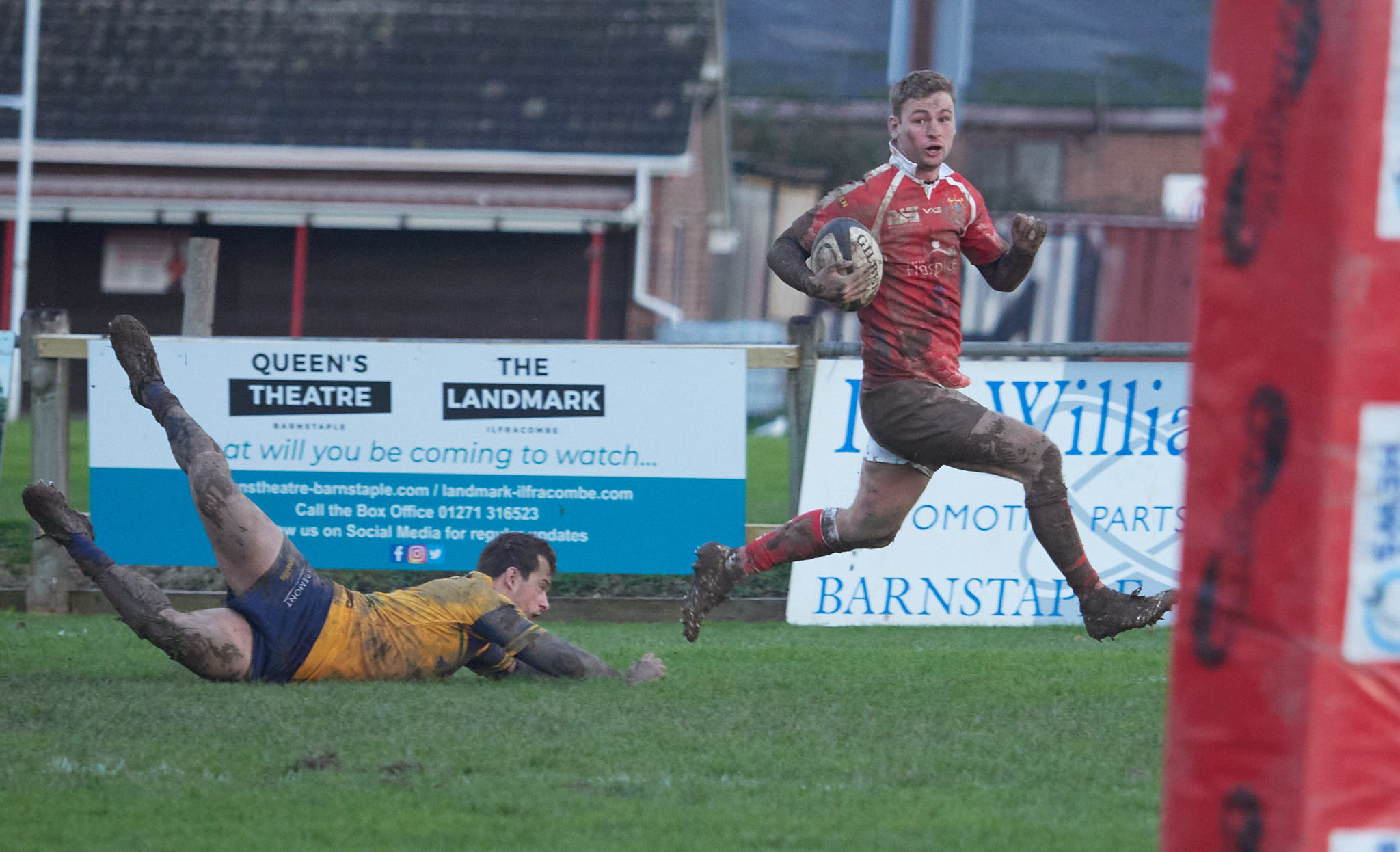 Again Barnstaple played well and to be honest didn’t get the rub of the green, on another day those moments might have gone in their favour, just not that day. The front row in particular stood out and were solid throughout the day and it is getting more encouraging with the pack given how short the Chiefs are on experience at this level in the front row and this only bodes well for the future, especially as last week the pack was without both its first choice props.

So the question is when will it all gel together and when will these little things which no one seems to be able to put their finger on finally click. Today might be a tough ask on that score as Hinckley are another very good side, as are all the teams at this level, who despite last week’s loss to Ding’s were on a three match winning run prior which included an impressive away win at Worthing 26-28. So if it is to be today that everything sticks then it will be a massive day for the Chiefs, but they do have the players that can turn this around.

Again Mitch Turner starts but this time with the return of George Snell in the front row. The big news though is no Winston this weekend and it looks likely the Dan Lee might be out for some time with his damaged rib, I haven’t heard anything about it only what I read in the Gazette like the rest of you the other week but I doubt we will see him until the new year probably more likely February and that is only if it isn’t too severe. This then see’s Jake Childs in at No.8 and the rest of the pack as was last weekend. The backs are missing Kyran McManus but otherwise are the same as last week with Ryan Lee returning to full back and Dan Johnson back on the wing. Here then is the team to face Hinckley

11.Will Topps
Sponsored by Barricane Solutions

16. Alfie May
sponsored by DS Carpentry 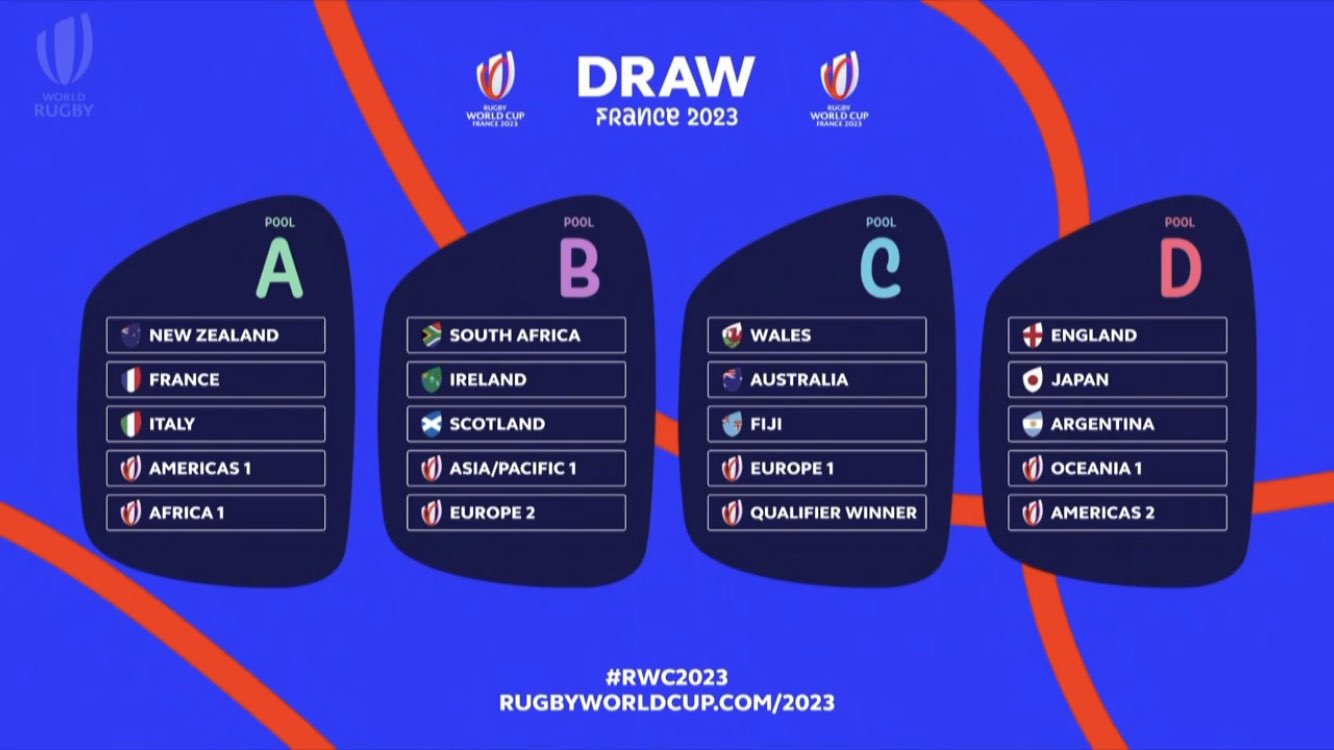 In a change from the norm just a quick mention of the draw for the rugby world cup which took place the other day and it’s pretty good news for England as they are drawn in pool D with Japan and Argentina the likely threats although Samoa will also provide some interesting competition. First game of the World cup will be massive though as France take on New Zealand and if the autumn internationals showed anything this will be a fantastic game to kick off the World Cup. As you can see below Italy have drawn the short straw again having to face those two in pool A as well as Uruguay who will be no pushover following their first ever world cup win in the last one. Pool B has got to be the pool of death with South Africa, Ireland and Scotland all there and will certainly be the most interesting pool. Pool C looks likely to see Wales and Australia go through but it will be interesting to see if Fiji will create an upset or two. All this kicks off on Friday 8th September 2023 at 8pm.

Well that’s me all done and dusted for the weekend, I hope to see many of you down at the club this afternoon to watch the Colts and good luck to the Chiefs in the midlands.