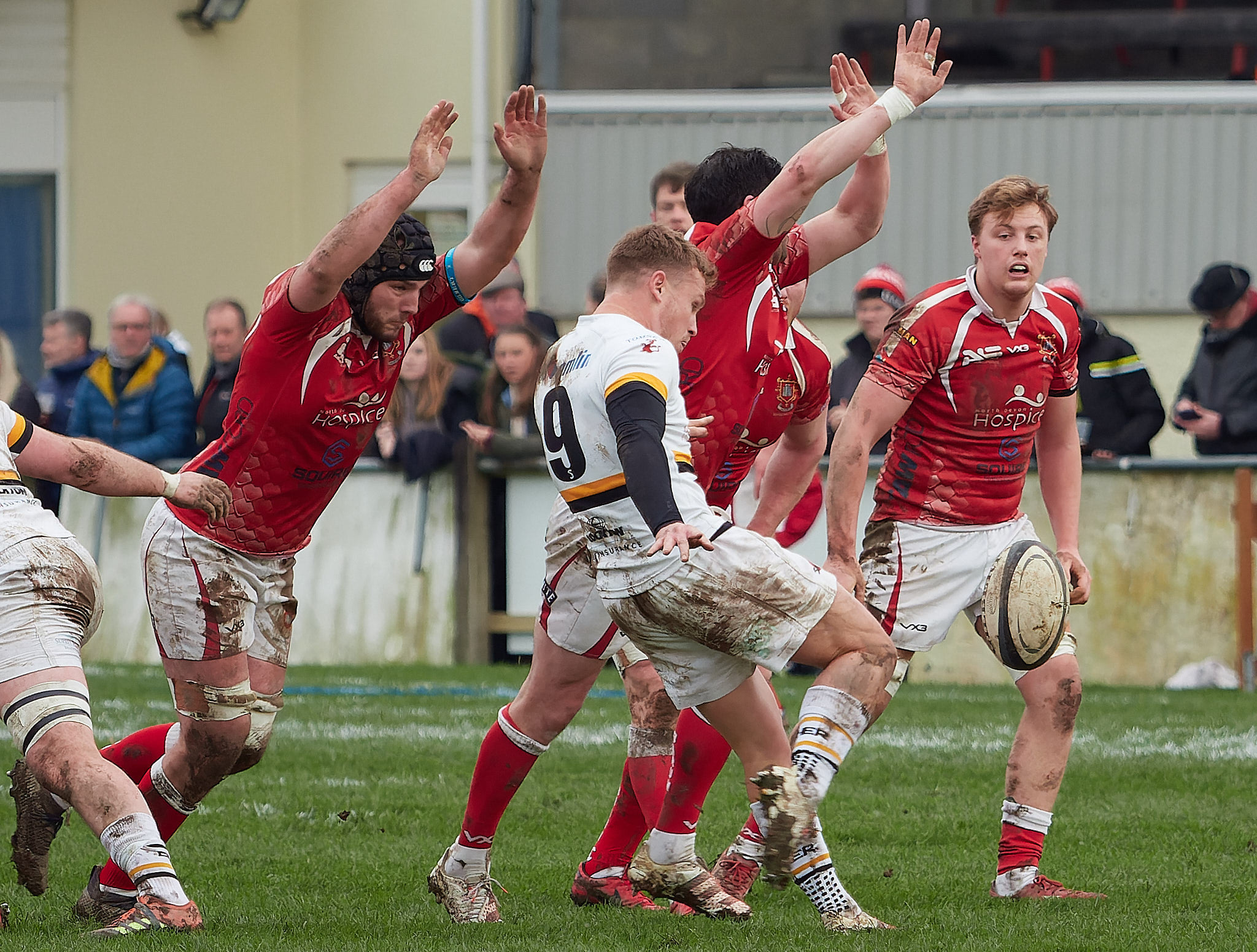 Morning everyone and as your reading this the Chiefs should have already landed in Guernsey for what will be a huge test for them this afternoon. We begin as per usual with what’s coming up at Barnstaple Rugby and we start with the Colts who begin their Ashburton Motor Works – Devon Colts Merit Table North campaign this weekend with a very short trip (bet the Chiefs wished this was the case for them) to Bideford. Kick-off is 4.30pm so they will be playing under floodlights it would be great to get lots of support there for this one to cheer the colts on (and quieten the Bideford crowd). Kick-off is 4.30pm

Former Exeter Chief’s Gareth Steenson has agreed to be guest speaker at Barnstaple Rugby’s annual Sportsman’s Dinner this year which is on March 10th tickets are £35 (inc. VAT) per person or a table of ten for £300 plus VAT. Interested, then contact Jacqui Edwards via email to bookings@barnstaplerugby.com

So back in September I know many of you did think the Chiefs left points on the field in their game with Guernsey at Pottington Road with finished 17-27, I certainly did and it remains to be seen whether the Chiefs can go one better today and grab themselves a hard fought win away from home. Odds are not in their favour unfortunately as since that game Guernsey have gone on to show how good a team they really are with a winning streak of 7 games before Redruth halted that run. This was the first of a series of loses which saw Guernsey drop from the top of the league to mid table in a matter of weeks with only one win against Westcliff in five games. That was then though and the extended break they have had not playing on the final week before Christmas or the first playing week of 2022 due to postponements has definitely revitalised the team as they saw off visitors Dings Crusaders last week 31-17. Mind you home advantage isn’t a given as they have lost to both Redruth and Old Albanians, however Barnstaple aren’t the greatest travellers and this is one hell of a journey. 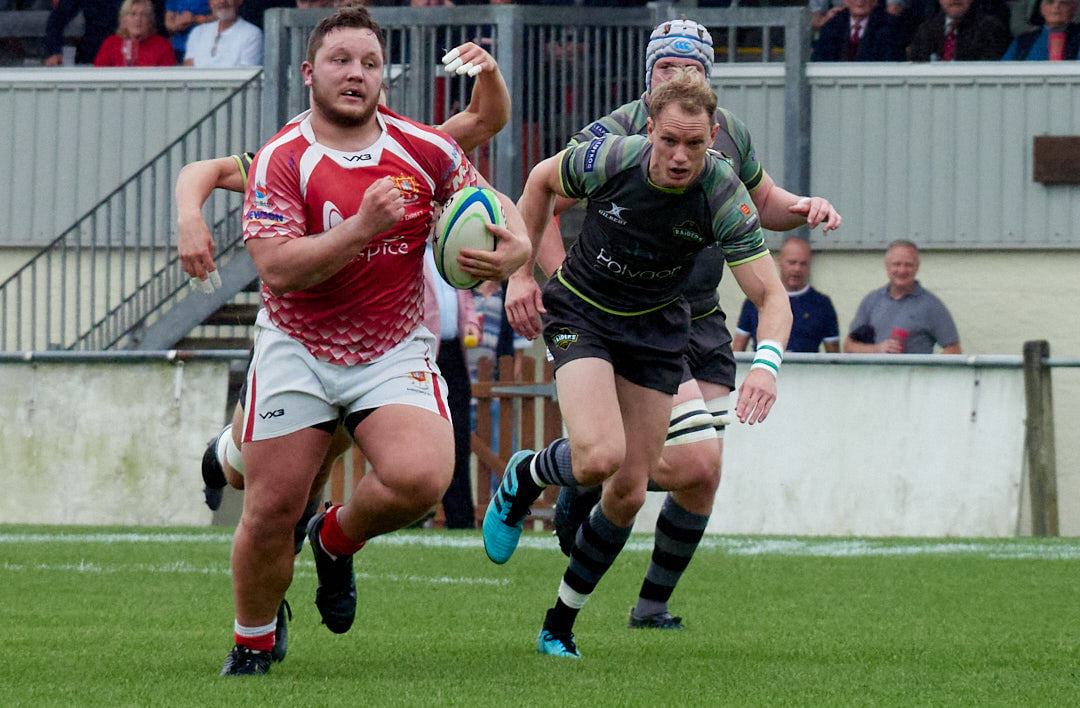 For the Chiefs it was another loss last weekend and their 14th of the season, but a really good performance by the lads out there as they took on second place Esher in a very hard fought game of top quality rugby. All six tries by both teams were excellent with the best, to my biased eye at least, coming from Barnstaple right at the end of the game where they took the ball from half way in their own half to Esher’s 5 meter line and then finished it off with a lovely kick pass by Jake Murphy into the gleeful arms of an unopposed Will Topps to go over for the score. If the Chiefs can produce that sort of display coupled with the fantastic defence they also showed in that game and all season, at home at least, then they will give Guernsey a run for their money.

Today’s team includes a couple of debutants for their first taste of National league rugby with Ross Swales starting on the wing and Tyler Gordon-Oke on the bench. There are also some important absentees including Jake Murphy who has been a huge influence for Barnstaple this season, Ryan Lee who we saw go off injured last week and I have no update on his condition as yet, and George Snell who is a rock up front.

Here then is the team to face Guernsey.

1.Alfie May
Sponsored by DS Carpentry

This does mean that Athletic go into their toughest challenge since losing by a single point at Ivybridge back in September without two of their strongest players as Ross Swales has been prolific scoring tries,  while Tyler has been pulling the strings at fly half very successfully. However Coach Brad Drew isn’t short of quality players and there will be ample time for others to shine as they travel to Devonport for today’s game.

It was back at the beginning of October when these two teams meet at Pottington Road in a very good game of rugby with Athletic winning 32-17 the closest game they have won at Pottington Road. Devonport are currently in 4th place with six wins to their credit following their win at 3rd place Exmouth last weekend and I expect them to be fully prepared for today’s encounter and will provide a big test of the Tic’s strength and character. Last week Athletic travelled to Brixham and came away with a 20-38 win and a bonus point which should give them some confidence going into this one.

Athletic are still on their travels for another couple of weeks visiting Okehampton and Newton Abbot but will be back at Pottington Road on February 12th to face Cullompton.

As you may have gathered by the opening paragraph the Colts are finally going to be playing some competitive rugby as their first game of the league kicks off today with a visit to Bideford. This will be a tough game as Bideford have already started their campaign in good form with a bonus point 24-24 draw at Tavistock and will test the Barnstaple Colts to the full I’m sure. It would be great if many of you can get there to cheer the Colts on it is only a short trip after all and the Colts have been playing some cracking rugby this season and very enjoyable to watch. Kick-off is 4.30pm under floodlights so wrap up warm.

The Colts are also away next week to Okehampton so it will be another week before we see them at Pottington Road on 5th February and again on the 12th.

That’s about it folks good luck to all three of our teams as they all have tough tests out there on the road, give it everything lads, enjoy your rugby and maybe just maybe things will go your way.