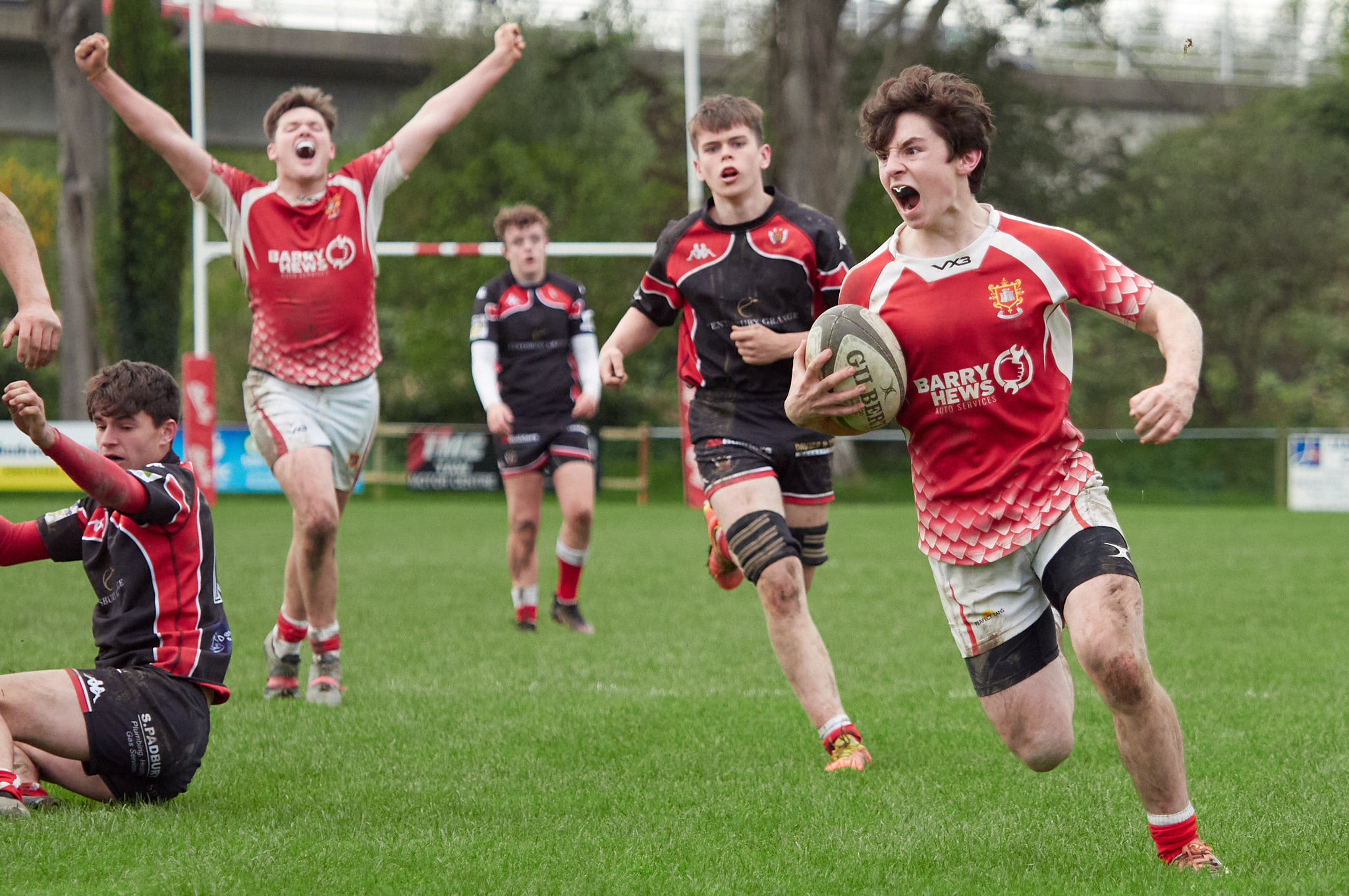 Welcome back my Barum friends as we enter the glorious final stages of the season and the first real sunshine of 2022, with the Spring equinox just a day away this Sunday and you know what that means, an extra half hour in bed as of April when kick off times return to their more pleasing 2.30pm. This week the Chiefs take a well-earned rest before their final six games of the season and I hope they take full advantage of the week’s rest as there are some very tough matches on the horizon. Today though see’s two very vital games at Pottington Road with both the Colts and Athletic taking on the two toughest challenges they have to date in their respective leagues. Both matches will kick off at 2pm and more about those games in a minute but first some Club news.

Last weekend as you know we tried to raise some funds for the Ukraine Appeal by the Red Cross in their efforts to help some of the most vulnerable people that have been ravaged by this senseless conflict. Well that famous “Barum Spirit” was indeed generous with approximately £850 raised by the mighty Barum supporters last Saturday. All proceeds raised will be sent directly to the British Red Cross and Barnstaple Rugby Club thank you for your immense generosity, yes it might be just a drop in the ocean of what is needed over there but thousands of drops make a downpour and it’s great to be just one of those drops that might just help the ordinary people of Ukraine. If you would still like to continue to support our drive, then perhaps you may consider donating directly to the British Red Cross using the following link –  donate to the DEC Ukraine Humanitarian Appeal.

We kick off then with Athletics game here at Pottington Road as they prepare to face the only other team to challenge for the Devon Merit Table 1 title, namely Ivybridge who the Tic’s lost narrowly 25-24 when they visited them earlier in the season. As the current table stands Athletic are first with a six-point lead over Ivybridge who have three games in hand over Athletic, win this one with a bonus point and stop the visitors getting anything and that makes it an 11-point lead. This then would put some serious pressure on Ivybridge who would have to win all the rest of their games to come top and they do still have to face Exmouth at home.

So, a big game for the Tic’s and following their narrow defeat at Exmouth two weeks ago and will really need to pull out all the stops to win this one, Kick off as I mentioned is 2pm so please if your wanting to watch a great game of rugby by two of the best teams in the Devon Merit table 1 then get yourselves down to Pottington Road entry is free all you need is your beer money and of course the France v England game doesn’t kick off till the evening so no excuses.

The other game today see’s the Colts at home as well as they have an even bigger task when they take on 2nd place Topsham Colts. Currently in third place behind both Ivybridge and Topsham a bonus point win today will see them go above the visitors to second place with Sidmouth Colts yet to face next weekend and remember it’s the top two teams that play for the cup.

Following their home defeat by Ivybridge three weeks ago the Colts have emerged stronger than ever recording two very impressive wins on the road at Kingsbridge 22-27 and Newton Abbot last weekend 6-12, two very good results against tough opposition, so the youngsters should be in confident mood as they face their biggest challenge so far and have a great opportunity to go further.

Here is the Colts team for today which head coach Lewis Joce has mentioned was by far the most difficult selection he has made this season which just goes to show how good this squad is.

Well that’s it for another week folks the Chiefs are back in action next weekend unfortunately its another long haul road trip up to Leicester Lions who are very impressive on home soil having won 8 and only lost one game that was to Clifton back in September, they also have conceded the least ranked top with just 141 points conceded, mind you this might be more due to the fact that other teams have played more home fixtures, whatever the stats this is going to be a tough game but another big learning curve for this young team.

The Chiefs will be back home the following week on April 2nd against Barnes and kick off will be later at 2.30pm so make a note unless of course you’d like another 30 minutes drinking time then be my guest.

Next weekend of course is the Colts final league game to qualify for the cup final against Sidmouth, kick off is 2pm and we should be in a better position to know how they stand following that game for the final which will be on Sunday April 24th at Kingsbridge.

Good luck to both Athletic and Colts today in two very tough games, let’s make it two from two and a full house to celebrate their victories.