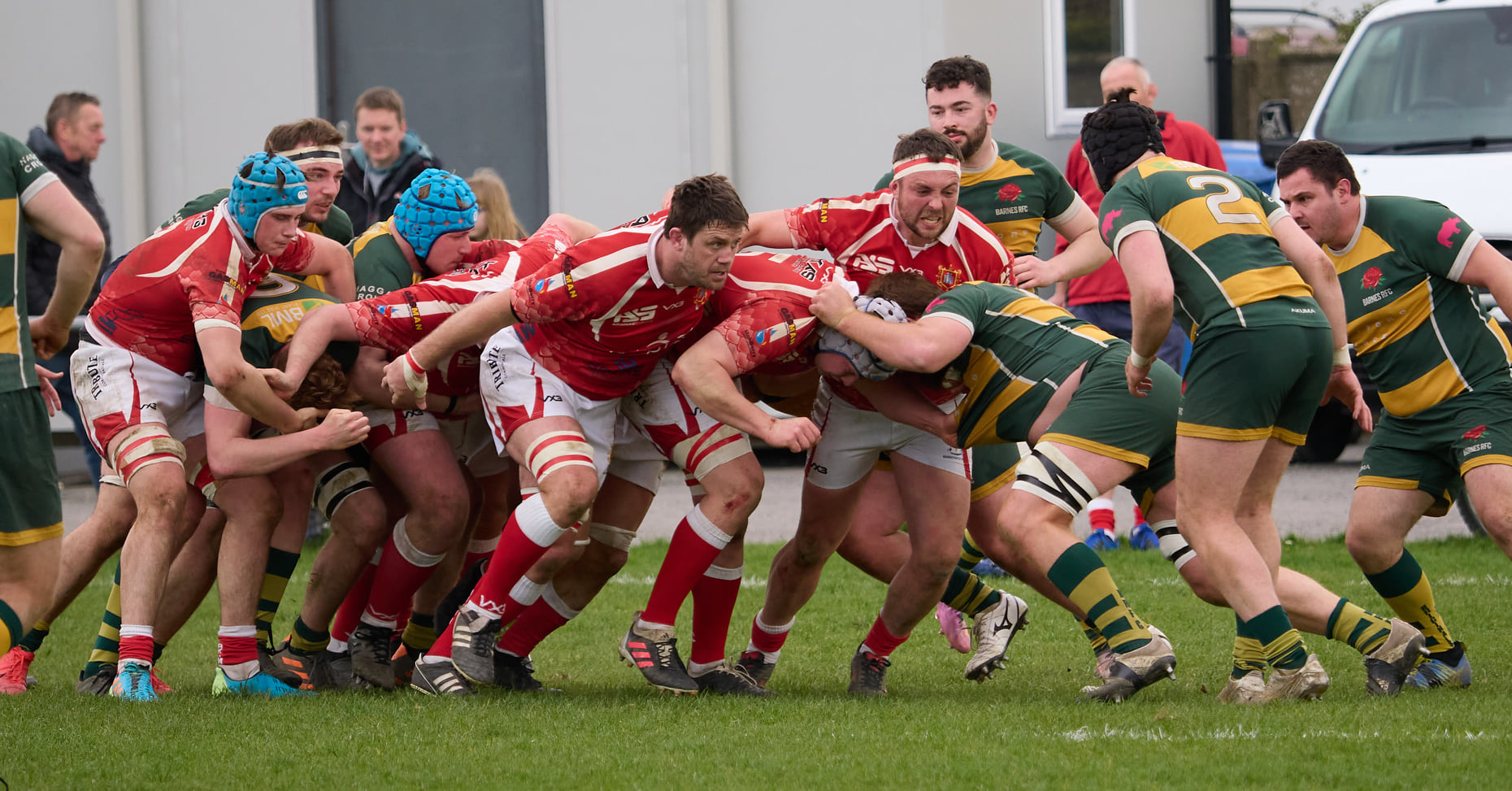 Welcome to another Mighty Barum blog folks and just three more to go before we can all take a break for another season and what a prospect that is going forward but let’s just concern ourselves with the present for this weekend and it’s the penultimate home game of the National 2 South 2021/22 season as Barnstaple Chiefs prepare to tackle our visitors from the Midlands today and first timers to Pottington Road Hinckley.

Before we get into the rugby though we do have representatives from the British Red Cross at club today to enjoy a drop of our famous “Barum Spirit”. Clare Campbell-Lamerton and her husband will be hosted by our Club President, Trevor Edwards, and members of the senior Committee from both Barnstaple and Hinckley RFC.

As the conflict in Ukraine enters its sixth week, the level of death, destruction, and suffering inflicted on civilians is abhorrent. No one in Ukraine is left unscathed by the ongoing conflict. An estimated 18 million people will need humanitarian aid. More than 4.8 million people have left Ukraine, and around 6.5 million remain displaced within the country.

Barnstaple Rugby, through the generosity of our loyal supporters and members, have raised over £800 to support those in need. In addition and in the true spirit of our club, our U11 cadre, through their own drive and initiative (and a bit of help from Coaches, committee and parents) have managed to fill 100 draw string kit bags with crucial items which the people of Ukraine cannot easily get a hold of (tooth paste, sanitary items, etc).

We wish Clare and the wider British Red Cross team, well for the future and thank them all for the support they are always on hand to offer.

Barnstaple do go into today’s game on the back of quite a thumping up at Henley last weekend, although we did expect it to be a tough game. The first half was all Henley’s as they ran in five tries in the first half with the first try almost straight from the kick off scored by the league’s top try scorer Reuben Norville and went in on a very comfortable 29-0 half time break. But the Chiefs as always when down do come out fighting and it was Arthur Marks who would shine in this match scoring not just his first try for the Chiefs but also his first Hat-trick as he scored three tries in 15 minutes to show plenty of Barum Spirit. Unfortunately it wasn’t enough to get the Chiefs back into the game as Henley also scored a further three tries to win the game 48-17. 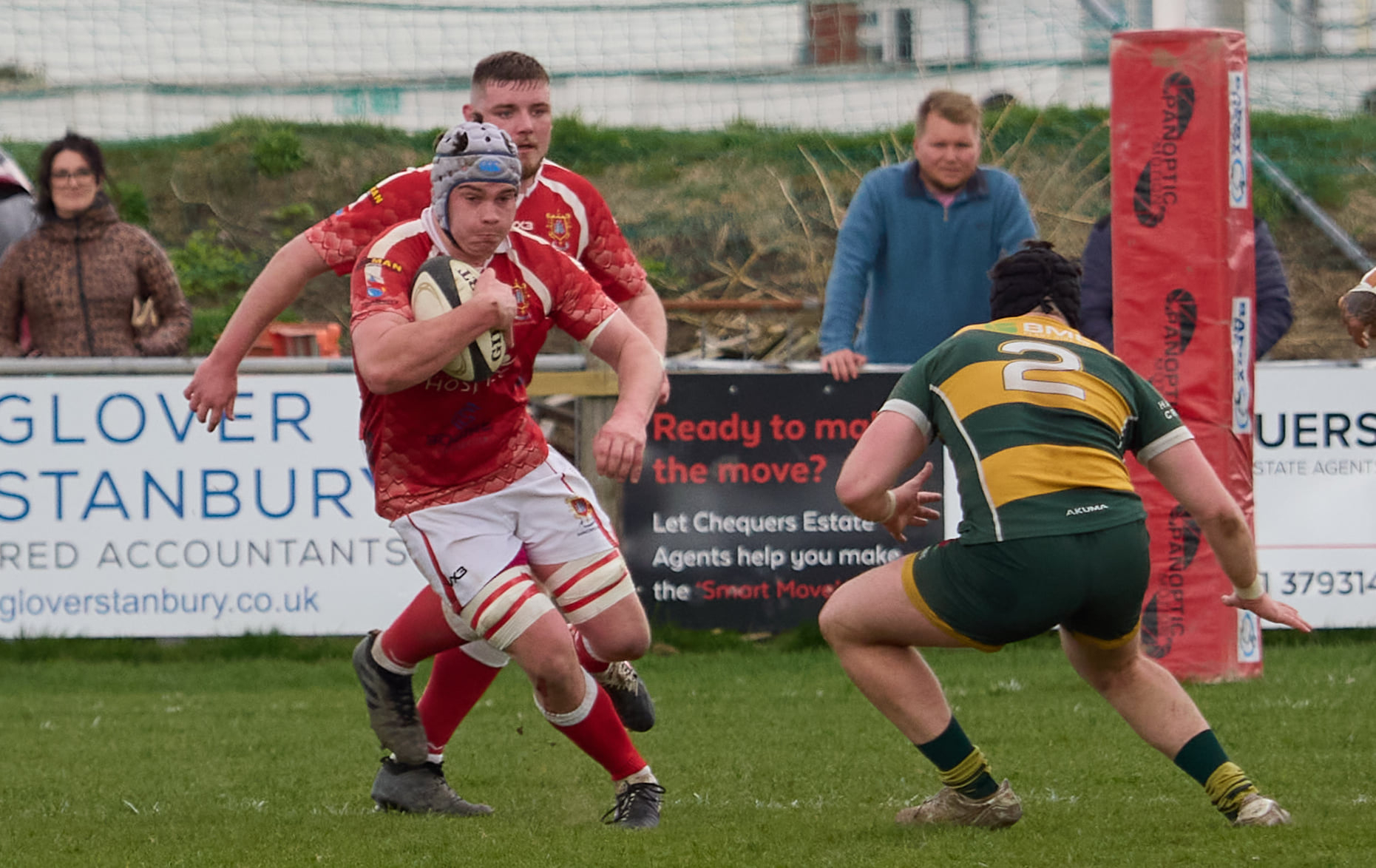 So what of today then, well the team we face are currently in a similar position to Barnes two weeks ago as Hinckley come here on the back of a downturn in their fortunes with just 1 win in their last seven games, spoiling what was promising to be a fairly good mid-table finish. Mind you their only win recently was against Worthing and another top team Esher, currently favourites for the title, were also toppled by Hinckley, showing how dangerous this team can be.

This will be a really interesting and competitive game and one that if the Chiefs can keep their discipline in check as they did two weeks ago will have a real chance of a fourth win this season. However if the Chiefs give Henley any chances to dominate proceedings then it could be a very different story, however it will go I do think today will be an exciting game to watch.

The Chiefs again are struck by injuries with Nat Bayet, who has been a stalewart in the front row all season ending up with a broken hand thanks to some stamping last weekend and will be out for the rest of the season as will Charlie Banefield who has done his shoulder. This does present opportunities though and its great to see the Colt’s Alex Hookway get his chance as he is picked for the bench for this game, Jake Murphy is back having been unavailable last weekend and with Dan Johnson still impressing in the centre it’s another go in the back row for Johny Carter, which as you will all remember scored the first try in Chiefs win over Barnes from there two weeks ago, here then is the team to face Hinckley.

3. Alfie May
Sponsored by DS Carpentry

13. Jake Murphy
Sponsored by the Pride

15. Kyran McManus
Sponsored by Tes by the Taw 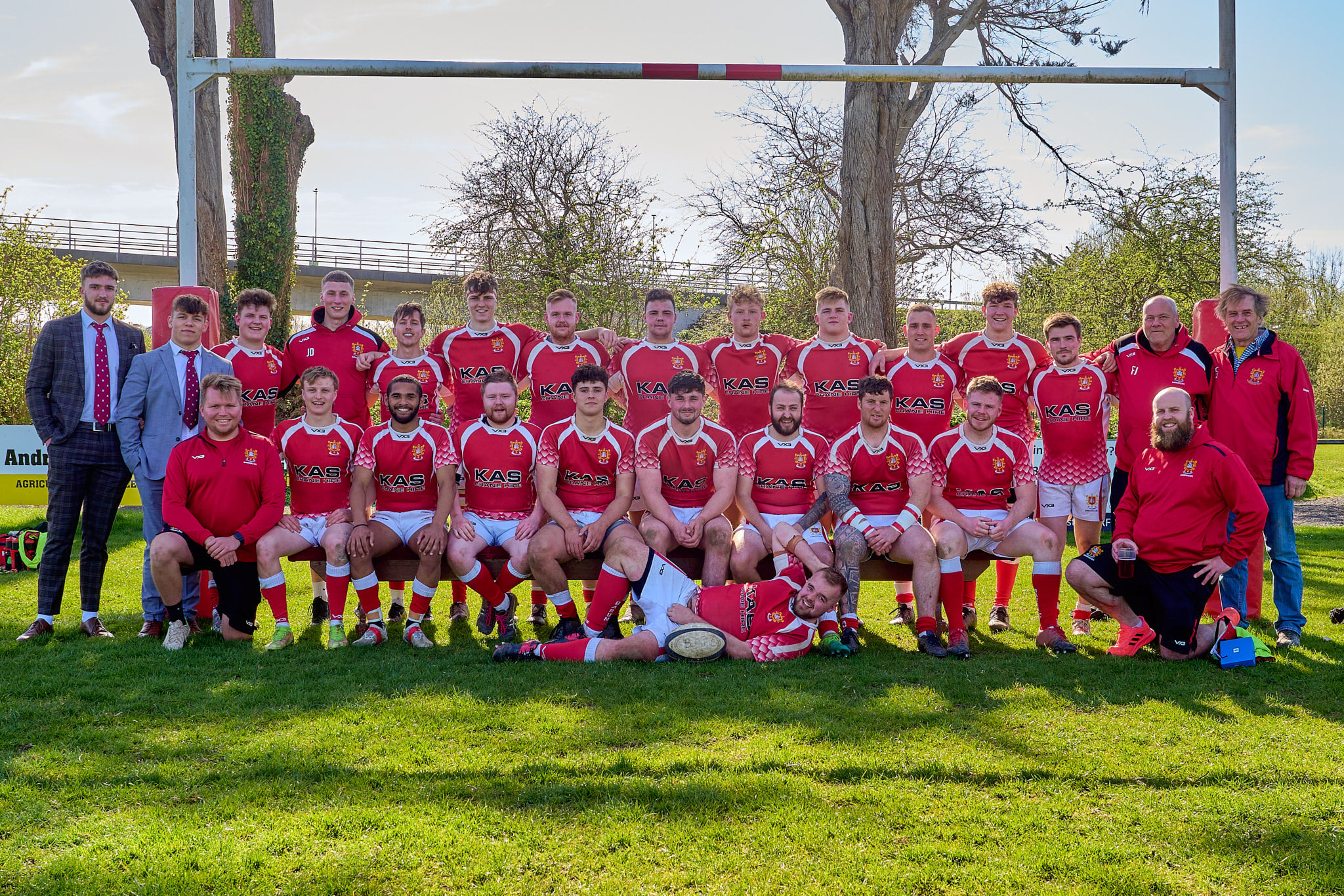 Now on to Barnstaple Athletic who faced Crediton 2nd XV last Saturday here at Pottington Road and boy did they give us a scare during that game when playing against the strong pack of Crediton went in at half time 0-26 down and looking like it was a lost cause? But then came the thrill as the Tic’s ran in a stack load of tries to win the game 48-31 and give the crowd, who had turned out to watch, a thrilling end to the game. It was also good seeing Jordan Petherbridge back playing and enjoying himself after such a long time out. It’s another weekend off for them this time around and they are at home again next Saturday for their final match of the season when they face Sidmouth 2nd XV here at Pottington Road kick off is again 2.30pm, a much more civilised time ain’t it.

News about whether the Tics are going to be allowed to  enter a proper competitive league and where they will start is not done and dusted yet as apparently the RFU and Devon RFU are yet to rubber stamp it so I’ll let you all know as soon as I do.

Finally on the rugby front its cup final next week as Barnstaple play Ivybridge in the Devon Colts cup final this Sunday 24th April at Kingsbridge. Kick-off is 3pm and if you’re thinking of going there are plenty of seats available on the coach £10pp. To pay for your ticket(s) please bank transfer your payment to the account below! Please use your surname as a reference.

That about wraps it up for this weekend except to remind you that the final home game for the Chiefs against Clifton on April 30th will kick off at 3pm as do all the National League fixtures in the last weekend of the season so another half hour lie in or drinking time whatever takes your fancy til then enjoy today’s game and let’s make it a fourth win lads.