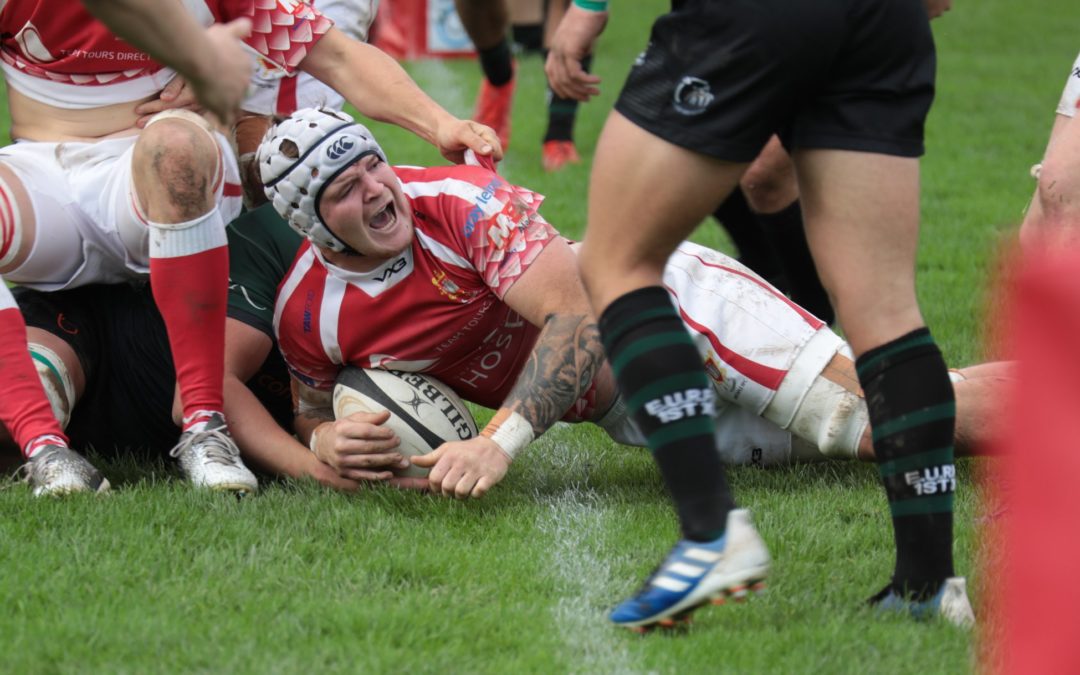 Well that was a good day at the office for both of Barnstaple’s senior teams. More about Athletic later but as for the Chiefs a real bounce back by them at Polson Bridge as they took on the Cornish All Blacks who must have been in buoyant mood following two wins in their last three games. Now I wasn’t at the game so this is just a brief summary from what I know so here goes. 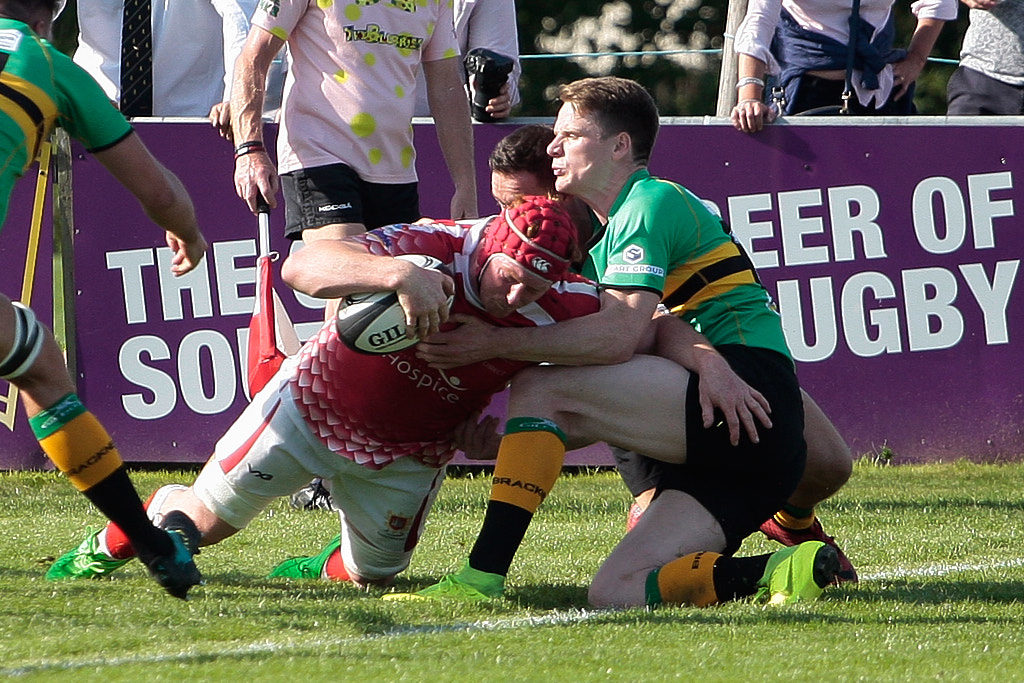 Launceston made the brighter start getting a try within the first few minutes but that was their only score of the game as the Chiefs then took full control throughout the match, defended well when called on and delivered in no uncertain terms. Will Topps got Barnstaple back into it with the first try followed by Jake Childs scoring on his return giving The Chiefs a 5-14 lead with Kyran McManus converting both tries. Winston James try just before the break saw the Chiefs lead at half time 5-19. In the second half Barnstaple’s defence again turned the screw and by the time Ryan Cater had scored the Chiefs 6th try from an interception in the 74th minute the Mighty Barum support that were there was very happy indeed with the bonus point win.

This result has returned Barnstaple to the top of the South West Premier league 4 points clear of Western Super-Mare who stumbled at Maidenhead this weekend. Always a tough place to go although after winning at Ivybridge on their artificial pitch, WSM must have been confident of at least pushing Maidenhead hard, but for them it was an extremely tough day and quite possibly the week’s break interrupted what was a promising run of wins that WSM were putting together as they travelled back to Somerset after being shut out losing 22-0.

With the Exmouth game called off the only Devon derby did not take place, however Two other Devon teams had a really good day, I reckon Devon enjoys playing in the rain, with Okehampton getting their first win on the road for the season as they beat Newbury Blues 11-22 and Ivybridge, building on their win at Pottington Road, got the second shutout of the day beating a visiting Bracknell 36-0. Exeter Uni could not follow suit and were beaten at home for the first time this season by Camborne 13-20. 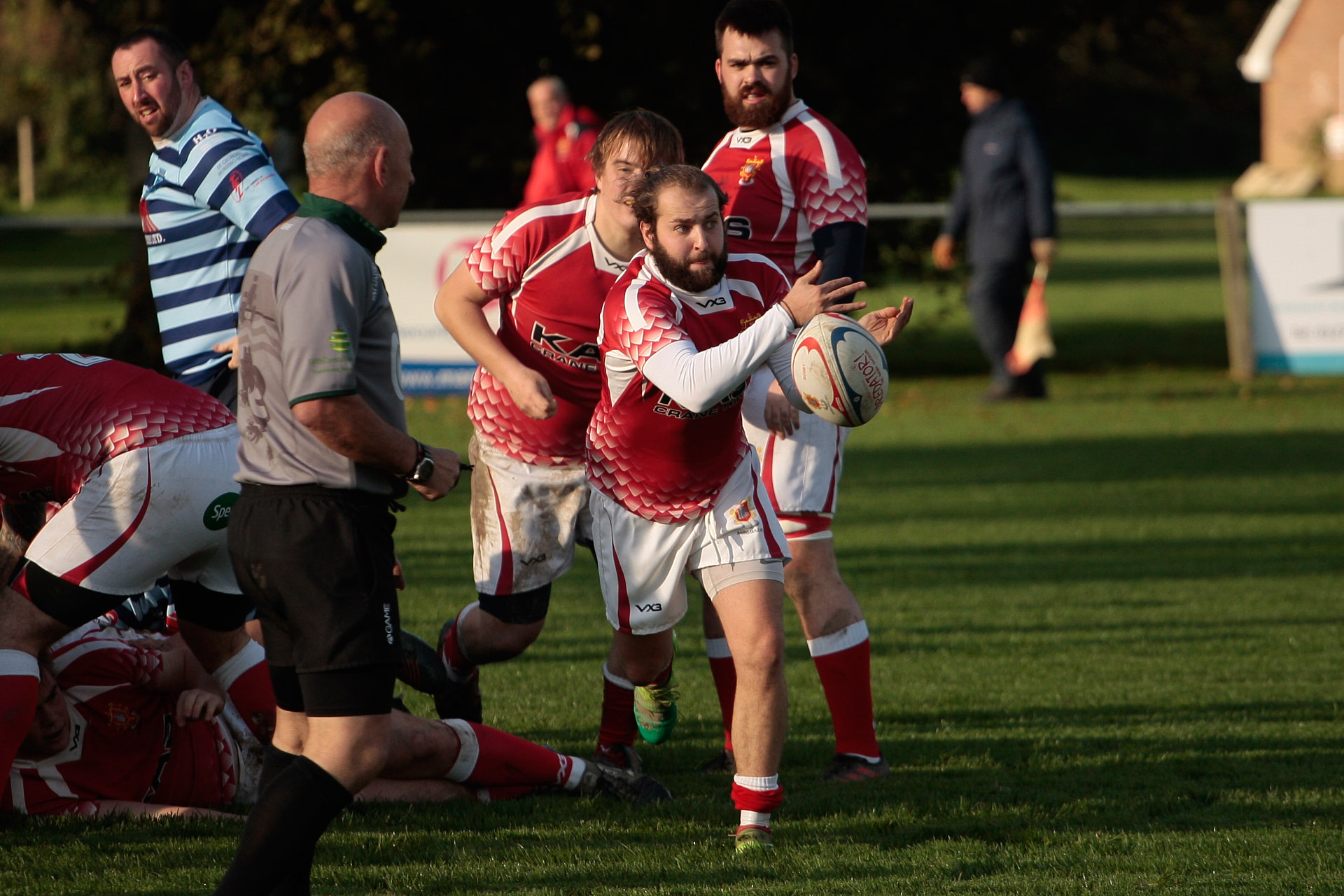 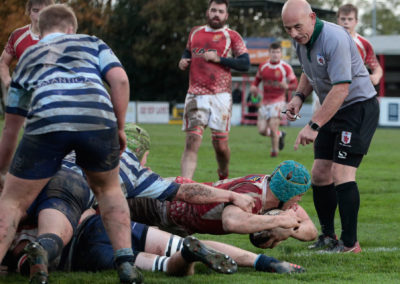 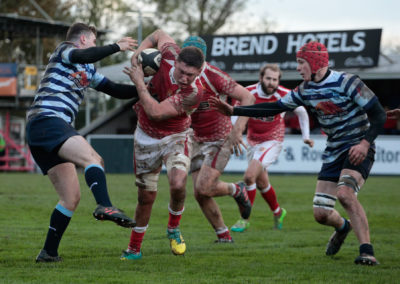 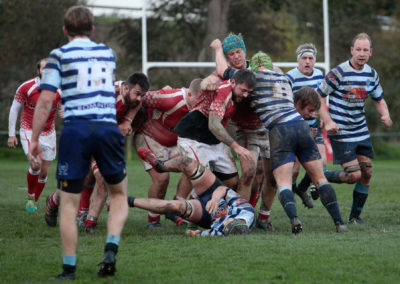 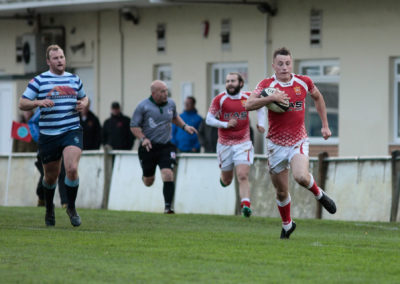 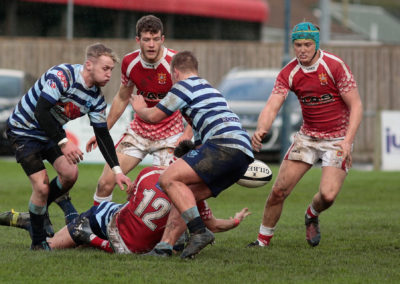 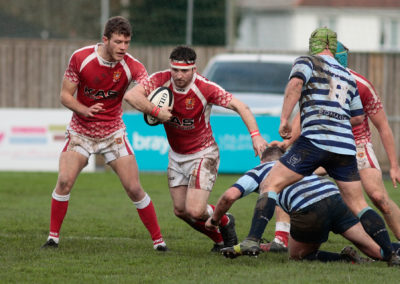 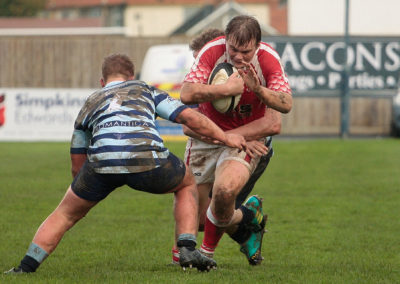 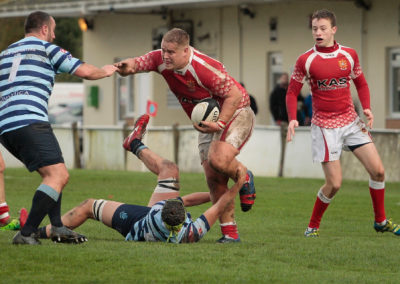 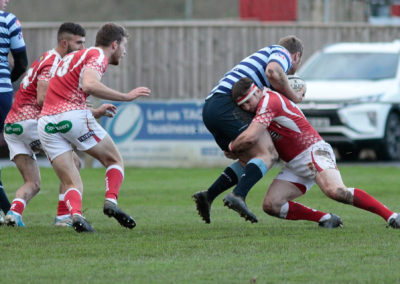 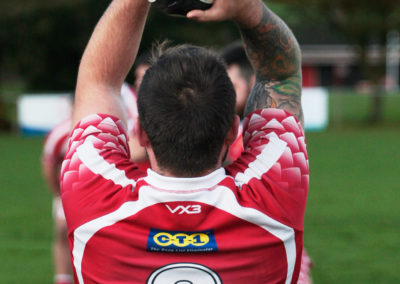 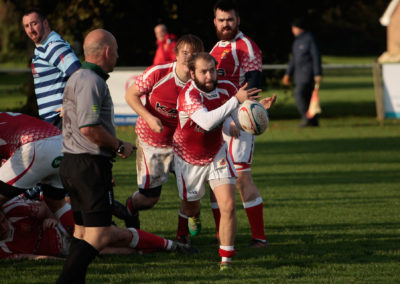 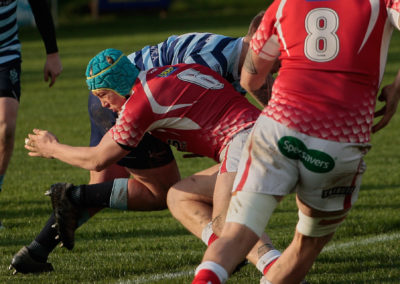 The Tic’s finally got to play some rugby at Pottington Road on Saturday, a first home game for them this season and boy did they make it count. Facing a Tiverton side who fielded a number of first team players as their game was called off the Tic’s made a good start from the kick off to score the first of a hat full of tries. 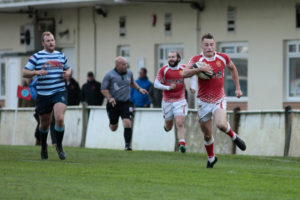 The first half though would have been frustrating for head coach Scott Warren as the team constantly made handling errors and gave away far too many penalties giving Tiverton the majority of possession in the first 30 minutes. Yet the defence and tackling was very good and Tiverton could not find a way through despite their dominance of possession and a couple of errors on their part were pounced on by Athletic to score a couple of more tries before the break which included a lovely break by Harvey Rostock following a turnover by the Tic’s defence and some slick offloading that saw him run clear for a try.

Following a regrouping at half time which saw Athletic play with much more intensity and tempo, especially after Tiverton scored their one and only try in the first few minutes of the second half. After that it was all Barnstaple with a variety of tries including a fantastic Ryan Lee solo effort from his own half. At the final whistle the Tic’s had won their first home game of the season 50-8 earning all 5 points putting them into third place just 6 points behind Devonport and Exmouth who have both played one game more.

So that’s it for another week and a very successful one it was. Next week we await the visit of Maidenhead as the Chiefs prepare for another South West 1 challenge, against a team that might have just worked out how to defend if this weekend’s result is anything to go by. Athletic are on their travels again this time to Newton Abbot whilst the Colts are also on the road to Exmouth. See you all on Saturday.