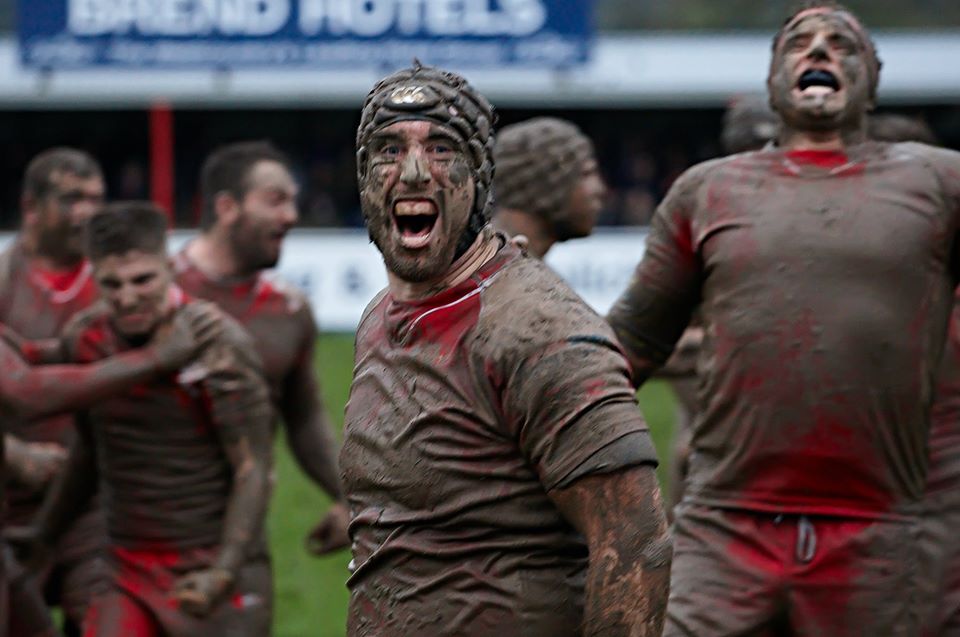 James Starkey steps down from the Chiefs

Morning all and welcome to this months blog update which as you can probably tell leads with James Starkey’s decision to step down from 1st team rugby with Barnstaple which many of you would have read in the Gazette by now so I’ll hand you over to James who had these words for supporters of the Mighty Barum.

Firstly, thanks to Bob for suggesting I put a few words together for the blog. Unfortunately with the way the season ended I didn’t get chance to say goodbye to people around the club properly and let them know that I unfortunately wont be joining the boys in National 2 next season… having the chance to put down a few words isn’t quite the same as sharing a beer or a chat, but it’s the next best thing. 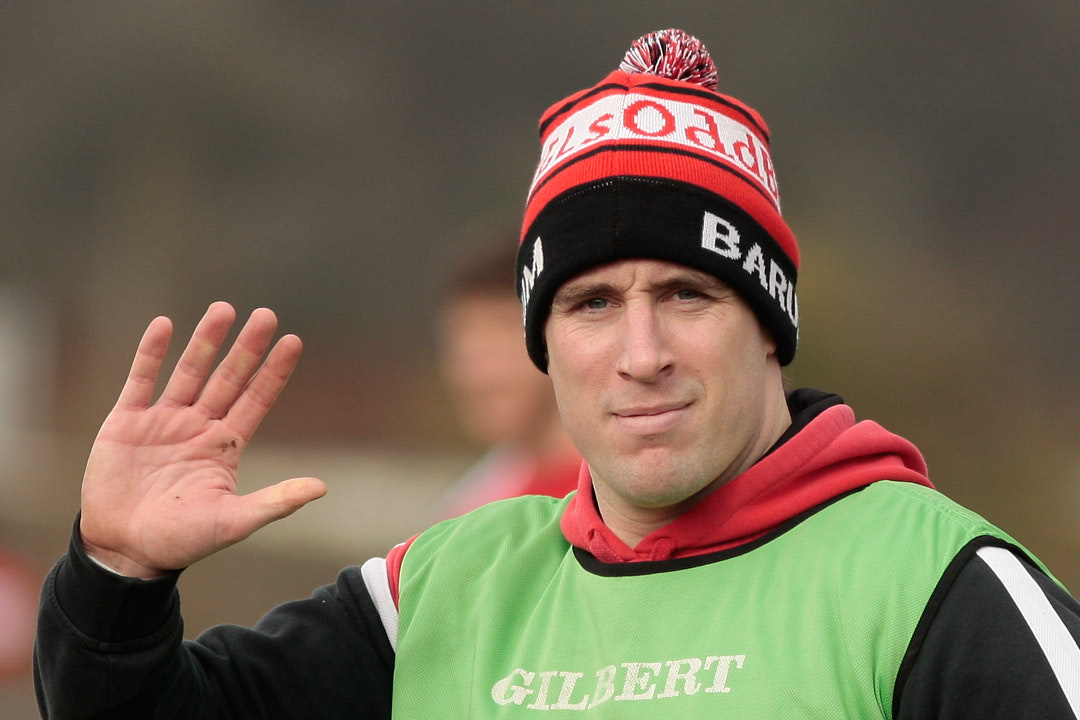 Over the past few years, I’ve increasingly found it difficult to balance rugby with demands at work, turning up late for training (or not at all) and not always being able to travel with the boys on the bus on a Saturday morning. While this remained manageable in South West Premier, as we all know from our experience a few years ago, the demands of National 2 rugby are somewhat different. The travelling and commitment needed is just not something I can give to the club now, so with a heavy heart, I’ve made the decision to return to Bideford as a player/coach where I can play rugby more locally, with less games and (unfortunately) no excuse to miss training with the ground less than 5 minutes from home.

I’d like to thank everyone across the club for making my time there so special. Being someone who moved from Bideford to Barnstaple, I was immediately made to feel very welcome despite the local rivalries; not just by the players, but also by everyone else around the club, from supporters to the committee and volunteers, there aren’t many friendlier places that you could wish to experience playing sport at this level.

On a personal level, 2013/14 was a particularly tough time for me and for my family when my sister passed away and the boys were brilliant at helping me through that period which was incredibly tough and I’ll always be grateful for how rugby helped me at that time.

I can’t name everyone to say thank you for my time at the club as there are far far too many, but from Winston (who convinced me to get involved at 2am in Fever one night), Pez, Bryn & Pat (who I’ve been lucky enough to have been coached by in my time at the club), Verity & Alexa (who do so much behind the scenes on a match day), Swaler (for introducing me to Coddon Hill…), all of the committee and volunteers (who also do so much to make the club function so well), all of the players (whom many have become life-long friends), and the people that come along every week and support; you make this club the wonderful place it is.

I’m not great at looking back and reflecting, but I’m reliably informed that it’s been 7 years, almost 200 games, not many tries (apparently there have been more yellow cards) since I first played for the club. There’s been some great memories along the way from winning local derbies, a Devon Cup and winning promotion in 2015 via the play-off away at Tonbridge. While most people remember JP’s kick, Mark Berry, Ashlee Crouch and I would always like to help people remember the scrum penalty that led to the kick itself…

I’ve also been fortunate enough to captain the side on a few occasions due to injuries elsewhere and it was a massive honour to do so. On a wet day at home in front of a packed grandstand there really is no better place to play and I will miss it incredibly.

I’ll certainly be looking on with a lot of interest as to how results play out and when we don’t have a game at Bideford, I’ll be doing my best to get along and watch the boys and see how the guys are getting on. Everyone knows it’s a tough level and there’ll be some really strong opposition; but we have a talented side of young lads now who will do everything to do the Barnstaple shirt proud, so with that 16th man behind them, I’m certain there’ll be some really good results to look forward to.

I’ve been really lucky to make some fantastic friends throughout my time at the club and I hope that for many years to come I’ll be able to come back, share a beer, watch a game, and talk about that scrum penalty…

I would just like to thank James Starkey for supporting me as club captain on and off the field, a good player but more importantly a good bloke who I have a lot of respect for.

I expect Winston’s message resonates for many of us here at Barnstaple Rugby and for seven years we have enjoyed watching Starkey ply his trade. For me the Starkey moment I’ve enjoyed most was against Maidenhead last season when the Chiefs had a 22 drop-out which James instead of handing it to the fly half to kick decided to tap kick the ball along the ground, reclaiming it, honestly I have never had my heart stop for so long, off loaded to Luke Berry and what followed was a fantastic period of rugby with Ryan Carter making a great run into their half and multiple phases, great handling retaining the ball throughout with the Chiefs finally driving in the try close to the post by guess who, James Starkey, you couldn’t make it up. The video of it is below although it starts part way through with Ryan Carter’s run. So from all of us here at the Mighty Barum thank you Starkey for 7 years of great rugby.

Unfortunately I have no other titbits of player news for you except what is already in the Gazette about Jordan Petherbridge becoming Bideford’s new head coach and we wish him well on his new venture.

At the club work continues to move on at a pace with a fantastic response by the players to Stewart Chugg’s call to arms as nine of Barnstaple’s finest arrived this week to help finish off with the hard graft of rubbing the rust off the trusses and with Lee Crouch also putting in a massive amount of time at the club helping out with the work on the stands everything is set for the painting which continues this weekend as the players return to finish off. The Robson Twins and Ryan Lee can also be seen every Tuesday helping out with the grounds. The caterers Lee and Debbie are currently deep cleaning the kitchens and making sure everything is ready for a new way of working once the RFU gives the green light for community rugby to resume.

On that note there is still relatively little from the RFU officially but they have released a roadmap to resuming rugby with a number of stages as lockdown ease’s. If you are interested click HERE for more details. And now I would like to hand you over to our Chairman Ian Stanton who has a few words he wishes to express and congratulations are in order as Ian has now been selected as the official representative on the NCA rugby league Division 2 South West, Over to you Ian.

On behalf of the Brfc Committee that during these unprecedented times of Cvid19 lockdown, may I say how wonderful it has been to see the absolute dedicated commitment by so many volunteers contributing to many tasks of reparation for our club. There have been so many individuals who have given their time to ensuring that the condition of our club and grounds remain in first class condition. Without singling out the many, I must express a huge thanks to both Stewart Chugg and Trevor Shaddick in leading their volunteer teams.

On the pitch there is no certainty as to when we will be playing rugby again and we await further confirmation from the RfU. Although there is a six stage process implemented by the RfU, we currently are on stage 2, which allows for groups of six to train together but must adhere to the 2 metre distancing. We sincerely hope the passage of time will be short to enable for full contact again so the boys can enjoy themselves further.

To you our members, supporters and the many sponsors we are extremely delighted you continue to not only ask us what is happening but are keen to realise the prospect of rugby at Pottington Road as soon as is safely possible. A regular update is provided on our ‘Club Blog’ by Bob Collins.

Without doubt the clear recognition of the 1stXV squad in achieving promotion back to National Division 2 is an immense success and of course this could not have been realised without the professional approach from DOR Jeremy Chugg, Senior Coach Bryn Jenkins and assistant Pat McManus. To the Squad itself a special mention to captain Winston James and all players in contributing to the success well done and I confirm that a late celebration to honour this achievement is in the planning.

Finally, a massive thanks to all the fantastic commitment displayed by so many in working on our clubhouse, grounds and pitches it is much appreciated.

And finally to our Sponsor-Supporters; on behalf of the Club we thank you for your financial support throughout the successful 2019/20 season. Your invaluable contribution was one of the critical components that enabled the team on the pitch to succeed, but also added to the great atmosphere that is BRFC on a match day!

The clubhouse has been closed throughout the lock down period. Having said that, there has been a lot of work undertaken at the club to enhance the facilities for players and supporters during lockdown and that work will continue until we can start playing again. Our finances are sound and we look forward to the 2020/21 season whenever that may come.

We will stay in touch with you on an individual basis and through the club blog, however if you would like to speak to someone about commercial/sponsorship issues please give me a shout on 07403 530755 or amfeatherstone61@gmail.com

Stay safe; see you on the other side when we can all get back to supporting the Mighty Barum,

That just about wraps up another update for you all. I will try and garner as much as I can from the grip of those whose mission is on a need to know basis but rest assured Barnstaple Rugby is in a good place despite what has happened to the world this year and it is your massive support and contributions that have kept us there. There are no better supporters than the might Barum Army of which every one of us can feel proud to be a member of. The volunteers are hard at it to make sure everything is ready to welcome you all back to Pottington Road once the green light is given, so be patient, be careful and remember.