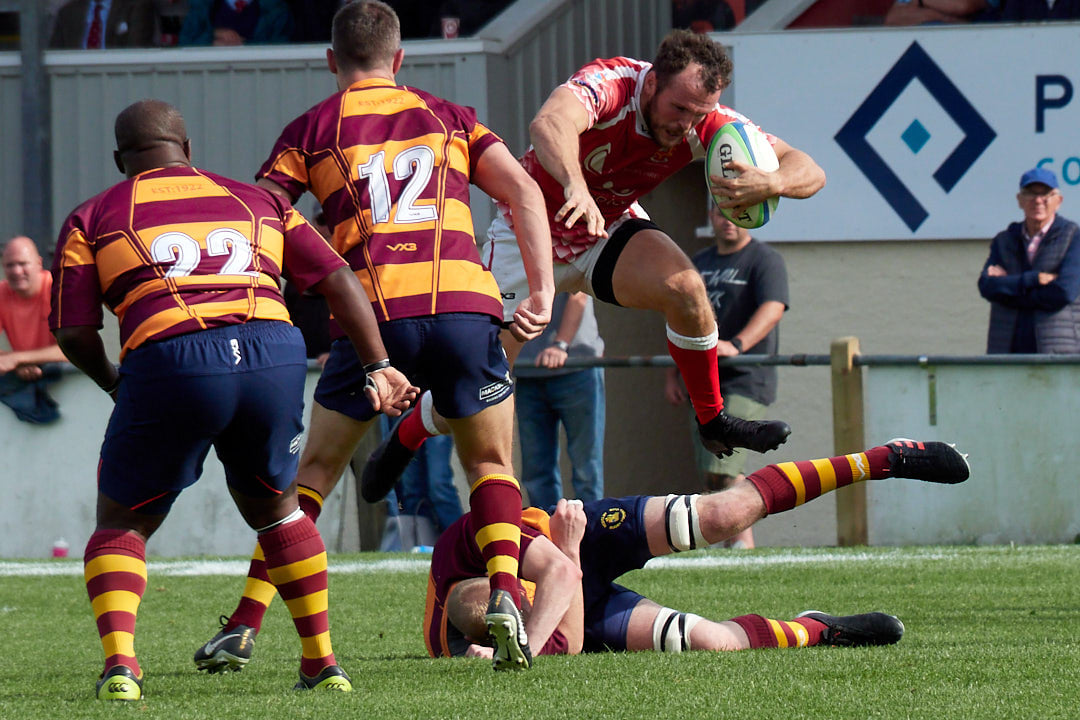 What a fantastic prospect of a match we have in store for all you supporters this Saturday as Barnstaple Chiefs prepare to take on Canterbury at Pottington Road and thanks to our match sponsors Brewer, Harding and Rowe for their continued support and sponsorship of Barnstaple Rugby.

Like I said this will be a belter of a game especially if the weather holds as there is just one point that separates Barnstaple and Canterbury who both have had less than ideal starts to the season. Canterbury had a rocky start to their campaign losing both their opening games on the road to Bury St. Edmunds and Old Albanians, then there was that win against league leaders Worthing, their only defeat so far this season, and Canterbury must have thought they had their rythmn back. However since that win they have suffered two defeats the first away to Rochford and then at home shut out by Ding’s Crusaders.

For the Chiefs a lot more fighting spirit was shown at Bury St. Edmunds where a great defensive effort kept the home side to just 16 points and thanks to the boot of Luke Berry the Chiefs put 9 points of their own on the board giving them a well-deserved losing bonus point but more importantly showing they can mix it when on the road and hopefully put those other two big defeats behind them.

So the question will be are Canterbury coming into this game as wounded bears making them dangerous opposition that could hurt the Chiefs or will there be a spring in Barnstaple’s step after last week to help propel them to the win. One things for sure this game will be of huge significance as Barnstaple have a number of tricky games coming up over the next few weeks and in particular a trip to Worthing and at the end of the month two away games at Ding’s, almost a derby game, and then Old Albanians, all three of these journeys are against improving opposition that will definitely be challenging for a top 6 spot, so points are going to be crucial for the Chiefs and none more so than the home games against opposition that sit in the same part of the table as us. With the visit of Rochford in two weeks’ time there is every chance to put some points between us and the bottom three providing we take the initiative at home.

There are a couple of enforced changes for this game and young Brandon Moore makes his league debut for the Chiefs starting today’s game on the bench. Here then is the Chiefs team to face Canterbury

19. Alfie May
sponsored by DS Carpentry

There are some real serious top of the table clashes in the rest of the league today that will likely sort the men out from the boys and the pick of the bunch must be Reduth v Clifton where 2nd meets 3rd and advantage must go to Redruth not just because of their unbeaten run so far but that Clifton have looked uncertain away from home, this should be a cracker though. Another top of the table clash see’s Worthing visiting an improving Ding’s Crusaders who notched up their second successive win at Canterbury shutting out the home side 0-17 to banish the less than ideal start they began the season with, a tough challenge for Worthing.

Old Albanians, so close to beating Redruth last weekend, will be out for blood I expect when Rochford Hundred visit while Leicester Lions will be licking their wounds after losing at Guernsey, given their win over Esher at home I think bury St. Edmunds will be fortunate to bring any points back from this one. Henley will be chomping at the bit to get into visitors Esher today having won their last two games since returning to playing rugby including a very tight win at home over Clifton. Today they welcome another of the early front runners Esher although unlike Clifton, Esher have wobbled of late only drawing against Barnes at home following their defeat at Leicester and will need to pull something very special out of their hat to win this one.

Guernsey are back on the road again this time at Barnes looking for their 5th consecutive win which will definitely make everyone concentrate on them a lot more. Mind you they are visiting an improving Barnes side that drew their last game at Esher. Lastly it’s the battle at the foot of the table as the two teams yet to record a victory meet as Hinckley welcome Westcliff to their heartland.

That’s it for National 2 South let’s hope the Chiefs are on fire today and make today win no.2 for the season. 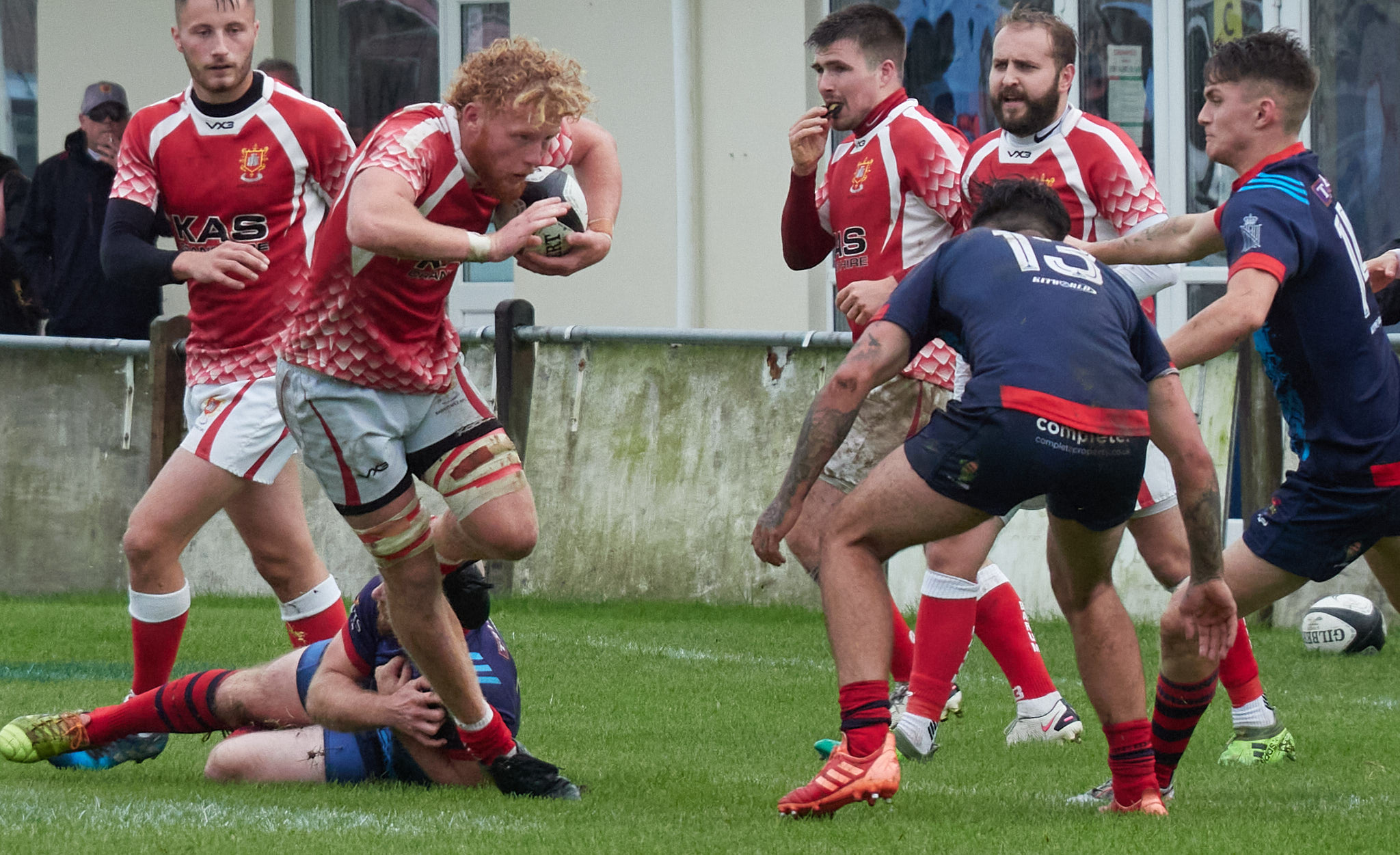 Barnstaple Athletic was looking forward to finally playing at Pottington Road last Saturday against Devonport Services. Winning what was a very enjoyable game of rugby played by both teams 32-17. This has pushed the Tic’s to second place in the Merit table 1 title place a mere 6 points behind Ivybridge but with one game in hand, so already it looks to be an exciting season for Athletic. Today they are on the road to Sidmouth who have won both their opening fixtures this season and will prove tough completion for the Tic’s

The Tic’s are back at Pottington Road to face Paignton on next Saturday kick off 2.30pm.

The Colts, also at home, faced Okehampton Colts hoping that the experiences of their time on the road would finally pay dividends and it well and truly did as in another highly entertaining game they won 36-24. The colts have a couple of week’s rest ahead of them until the 23rd October where they travel to Crediton and then home on the 30th for a very difficult game against Exeter Athletic Colts kick off is 2.30pm

Lastly to round off the blog this week the Bucc’s played their second game of the season with a trip to Withycombe to take on the Withycombe 2nd XV winning 0-22. A much longer break for the Bucc’s as they need time to repair before their home encounter with Ilfracombe on November 13th so watch put for some delayed fireworks for that one.

That’s it for another week good luck to the Chiefs and Tic’s today and let’s make today count.