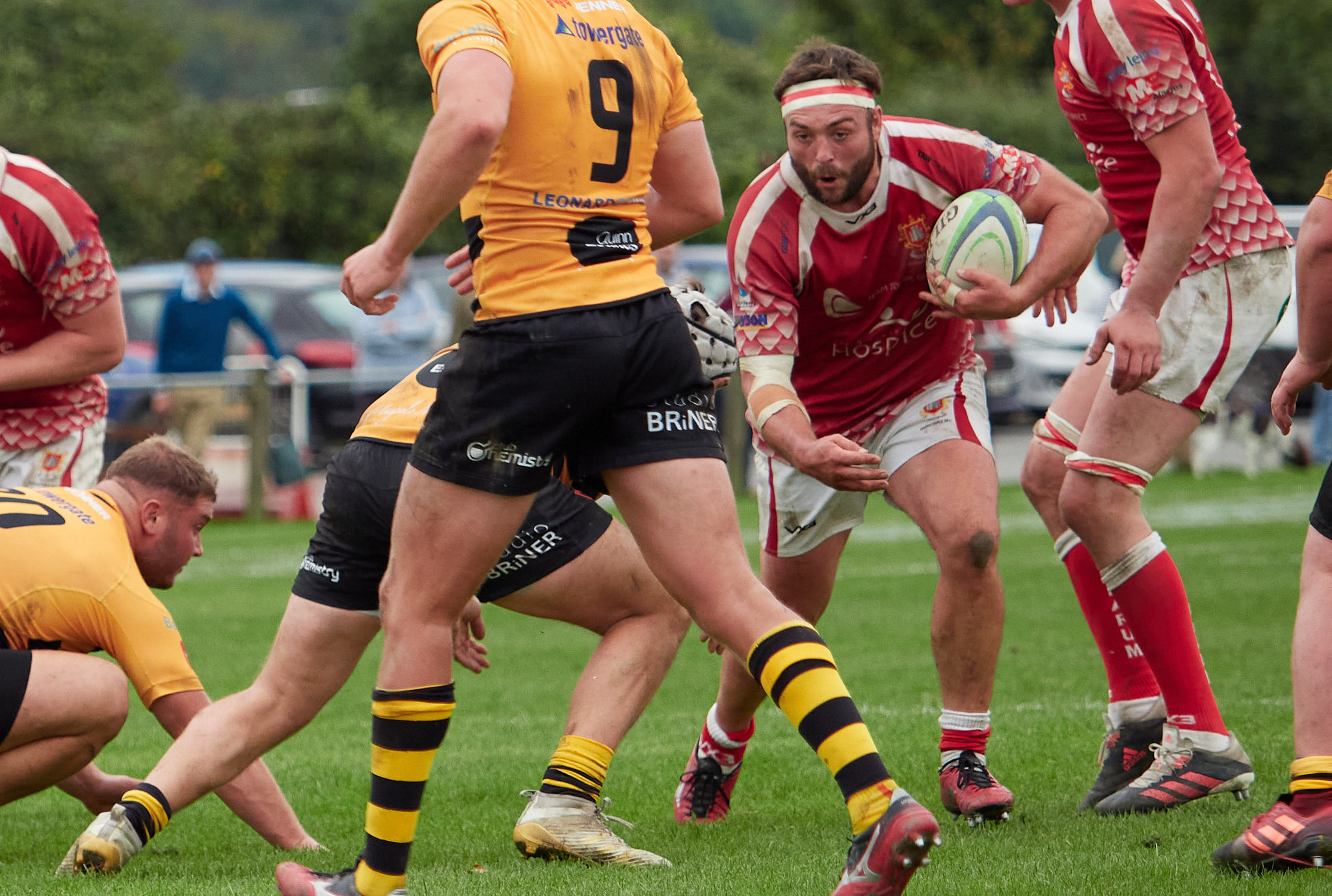 Welcome to the team news blog post looking at what to expect from the mighty Barum teams this weekend. Before we begin just some injury updates for you and it’s not good news. Last week I mentioned that three of the Chiefs picked up injuries and hoped that they weren’t serious, unfortunately Sam Roberts suffered a broken leg during the course of the game and just writing that makes me wince so I can’t imagine how painful that was for the lad. Sam will be out for the rest of the season which is a big blow to the Chiefs as Sam had been playing well this season. We do wish Sam a speedy recovery and hope to see him again demonstrate his skills next season.

As for the rugby at Pottington road this weekend it’s just the Colts as disappointment again for Athletic whose game against Cullompton has been postponed due to the visitors being unable to raise a team, that’s the fourth team to fail to show at Pottington Road this season which is a huge shame. 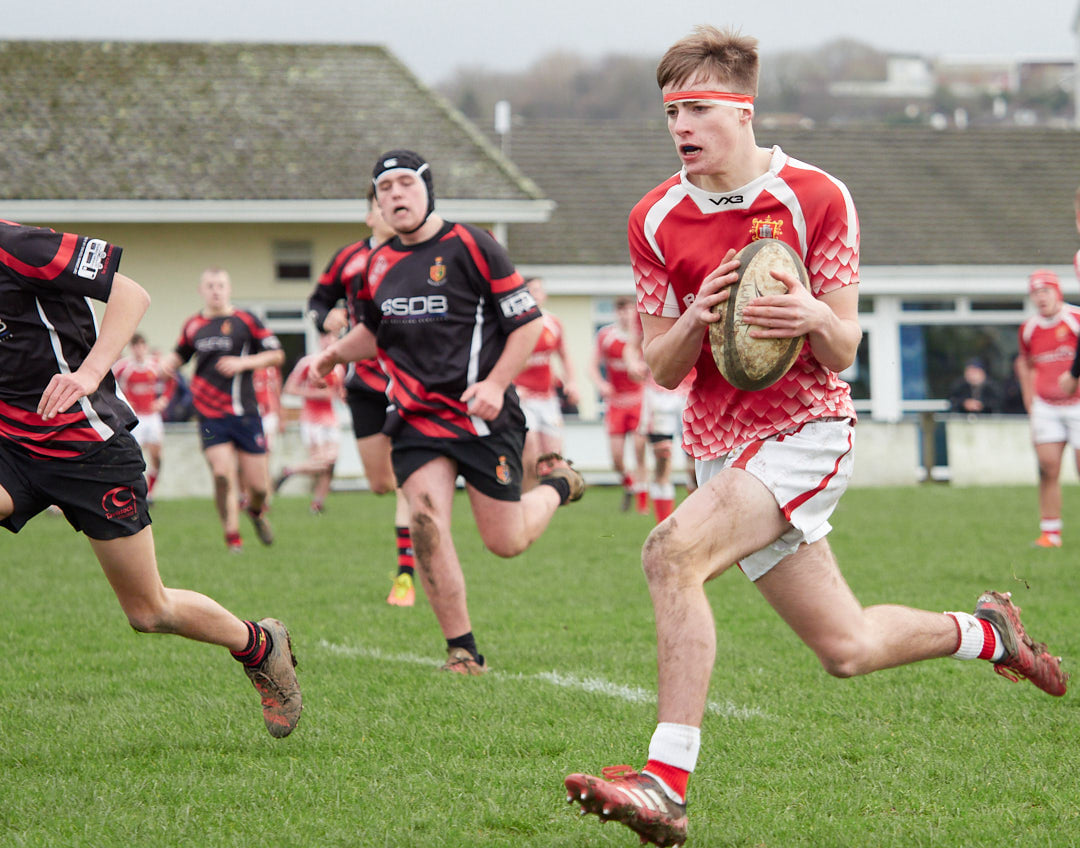 We still have the Colts playing here which is awesome given the quality of their rugby this season. It’s three wins from three as they dispatched Tavistock last week 39-5. Four well taken first half tries put them in the driving seat and they cruised home with an impressive win. This puts the Colts at the top of their merit table five points clear and another good win today would place them in a very enviable position. Today the Colts take on South Molton kick off is at 2pm.

Now to the Chiefs and they were so close last week just failing to register a bonus point while Westcliff registered their first win of the season and today it is another huge trip to the heart of Kent as the Chiefs travel the 260 miles (if they take the A303, 360 miles M5, M4 route) to Canterbury. These are two massive journeys in two weeks for the team and must be exhausting let alone having to play at this level week in and week out. Hopefully when the league restructure takes place next season this will eliminate these marathons, but will it dilute what National 2 rugby means, I’d be interested in your views but given how brutal this league can be I think the change is probably overdue.

It’s not been a bed of roses for Canterbury either who have had an indifferent season winning only six of their games so far and finding themselves 4th from bottom although well clear of Westcliff and Barnstaple, even so I expect Canterbury will be fired up and expectant of a win today. The contest between these two at Pottington road earlier in the season looked promising at half time with the scores even at 10-10 and even though Canterbury had the better possession it was still looking good for the Chiefs. Unfortunately, that was all the points the Chiefs managed that day as Canterbury took a stranglehold of the second half to win the game 10-22. 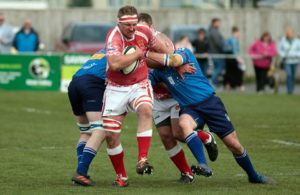 So, today’s task was already going to be difficult but given the injury crises the Chiefs now face with so many first pick players absent this is going to be the toughest test of their character yet I expect. Of course the flip side to that is the possibility of some promising players coming to the fore and getting some good experience ready for next season. Today though does see the return of Adam Lloyd following a prolonged period out and this will be his first game for nearly five months as he resumes his partnership with Ben Hilton. Gav Mitchell gets his first start at hooker enabling Nat Bayet to return to the back row for the first time this season having had a very accomplished period in the front row. Six of the seven backs are all Barnstaple produced, having risen through the ranks since junior level including both the Swales brothers starting today. Jake Murphy starts for this one as well while Dominic Robson makes a welcome return from injury on the bench. here then is the Chiefs line-up to face Canterbury

15.Kyran McManus
Sponsored by Tea by the Taw

17.Alfie May
Sponsored by DS Carpentry

Finally don’t forget the Sportsman Dinner on March 10th, as I understand it tickets are selling fast so you better hurry if you don’t want to be disappointed, details are in the poster below. 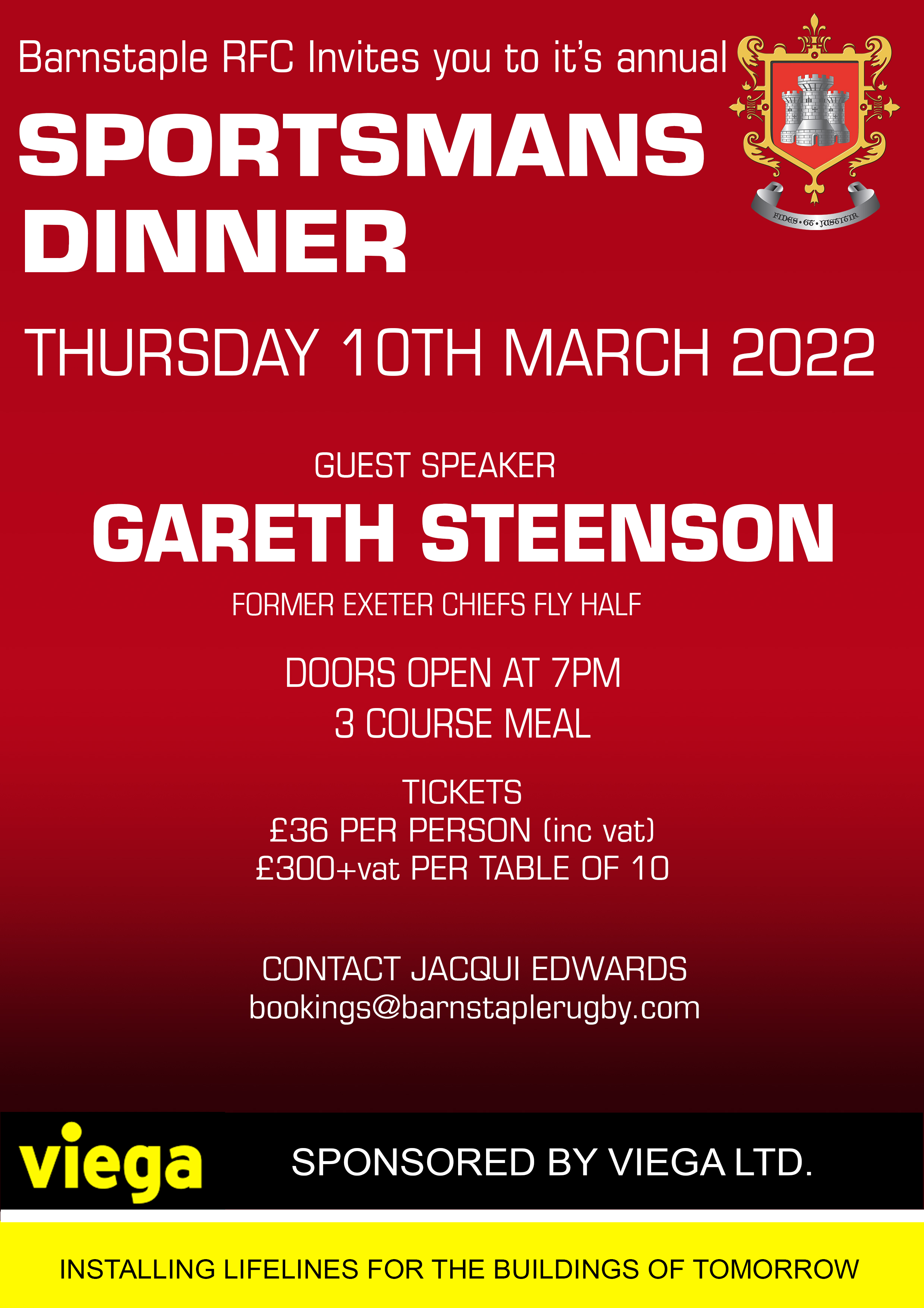