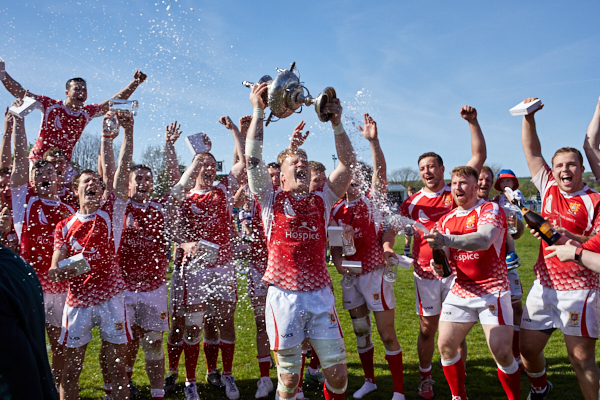 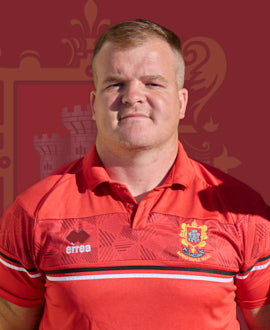 For Winston this feels like a “massive sense of achievement going through the juniors to head coach I feel like I know the club inside out and the people in it. Which is brilliant!”. Winston has a wealth of playing experience behind him as you all know with over 250 games for the Chiefs and Barnstaple Club captain for 10 years it’s now time for his next journey with the Chiefs and he has high ambitions for this team as he explains.

“The squad is looking great a young average age with so much potential and 90% local talent which is brilliant for us. There is a lot of hard work ahead but the response I’ve had from the players has been outstanding, they’ve full got behind me and backed me which has given me a lot of confidence.

I want to build the squad and push things as far as it can possibly go, it will take a bit of building but I think the club has a bright future.”

In fact, Winston reminded me that when we achieved tier 5 rugby status many moons ago when promoted to the then National 3 southwest league it was often felt this is where the Chiefs belonged and that the tiers above might just be a step too far and yet here we are a National 2 side and that is where Winston would like the team to be established in the coming seasons. It will take a lot of hard work from the team but that is already in place with Andy Swales as the fitness coach putting the team through their paces in pre-season training with very good turnouts for Andy’s infamous lung busting runs.

Winston’s first task as head coach was to appoint his replacement as the new club captain and that honour has deservedly gone to George Snell and congratulations go to George on what is a very well-deserved accomplishment. Also returning to their coaching roles is last year’s assistant coaches Johny Carter and Pat McManus adding to the senior squad set up that is looking very strong indeed.

“I would just like to Thank you to the club for giving me the job. I will give everything I have to develop and improve the club and players in it. “

So, a new era for the Chiefs and an exciting one at that with a whole bunch of teams that we haven’t played before but as some have pointed, they haven’t visited Pottington Road yet or the Barum Roar. 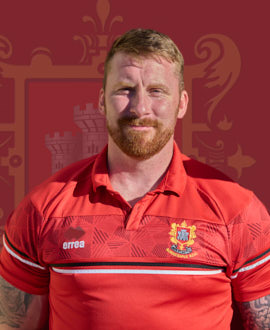 It’s also a new era for Athletic not just with their new coach Luke Berry but also playing competitive league rugby for the first time as they prepare for a date with the Counties 2 Tribute Devon league. For Luke, who like Winston also finished his playing career at the end of last season with over 300 appearances for the Chiefs had this to say about his new appointment, “Well I certainly didn’t think I’d be back here so soon but I am honoured to have been asked by Winnie to take up this role and I am looking forward to supporting Him and Johnny Carter in preparing the squad and ultimately coaching the athletic.

“I think the squad is shaping up well. Plenty of numbers putting in the hard yards during pre-season so far. Boys have been really responsive to the processes we are trying to put in place and we are looking forward to working on them more. With athletic being in a league this year it’s really exciting and gives everyone the opportunity to play for something as opposed to previous years where there wasn’t really any reward for their hard work.

Obviously the main goal is to be as competitive as possible within the league and with the squad that we have, I don’t see any reason why we cannot push to be challenging towards the top end of the table but we will take every game as it comes.

Future ambitions is I want to get as many boys as possible in a position where they are able to step to the first team. As we saw last season, squad depth will be massively tested and the boys stepped up when required. Everyone within the wider squad is capable of making that step up and should be putting their hands up whenever they are given the opportunity too.”

With just three weeks until the pre-season games and the league starting in just six weeks’ time, which will fly past as we well know, the countdown to the new season has started and I for one am really excited by the prospect cheering on two league teams this season with rugby of the highest standard being played week in week out here at Pottington road and that coupled with our brilliant colts which I will update you more on as I get some news from their camp, this could be another classic period in Barnstaple Rugby’s history.

Memberships are now available if you don’t want to miss this and the price is the same as last season but with the added bonus of free entry to Athletics games an absolute bargain CLICK HERE for more.

That’s it for now catch up later when I have more news for you but for now there are three home pre-season games scheduled for August with the first against Exmouth on the 13th August at 2.30pm